Frank Lloyd Wright, one of America’s most famous architects, spent his childhood years in and around the Madison area and even attended the University of Wisconsin for a short period. He later blessed the Madison area with numerous architectural wonders, each flaunting his technically-deft and unique hand.

While many are aware of Wright’s substantial influence on the design of Monona Terrace and American architecture as a whole, it might be surprising that there are numerous other Wright-designed buildings tucked away around the Madison area. Here are a few in close proximity to campus.

Located on the the western boundary of campus, the First Unitarian Society Meeting House is an entirely Wisconsin-sourced Wright masterpiece. Wright constructed the brilliant building in 1951, using materials from nearby quarries and forests.

With its characteristic protruding prow and repetitive angular style, the otherworldly building rightfully became a National Historic Landmark in August 2004. Beyond the signature auditorium and its trademark copper roof, the interior religiously repeats an artistic equilateral triangle pattern paired with expert use of natural lighting. Each room invokes a unique mood and feeling, as ceiling height is varied throughout the building.

As one of the most innovative churches in the world, in 1960, the American Institute of Architects deemed it should be fully preserved to eternalize Wright’s contribution to American culture.

The Robert M. Lamp house is an Easter egg of the downtown area, and cubic ode to Wright’s early prairie style, where Wright utilized heavy horizontal lines and masses. The building was designed and constructed to consummate an adolescent bromance between Wright and Robert M. Lamp, one of Wright’s closest and most beloved childhood friends. 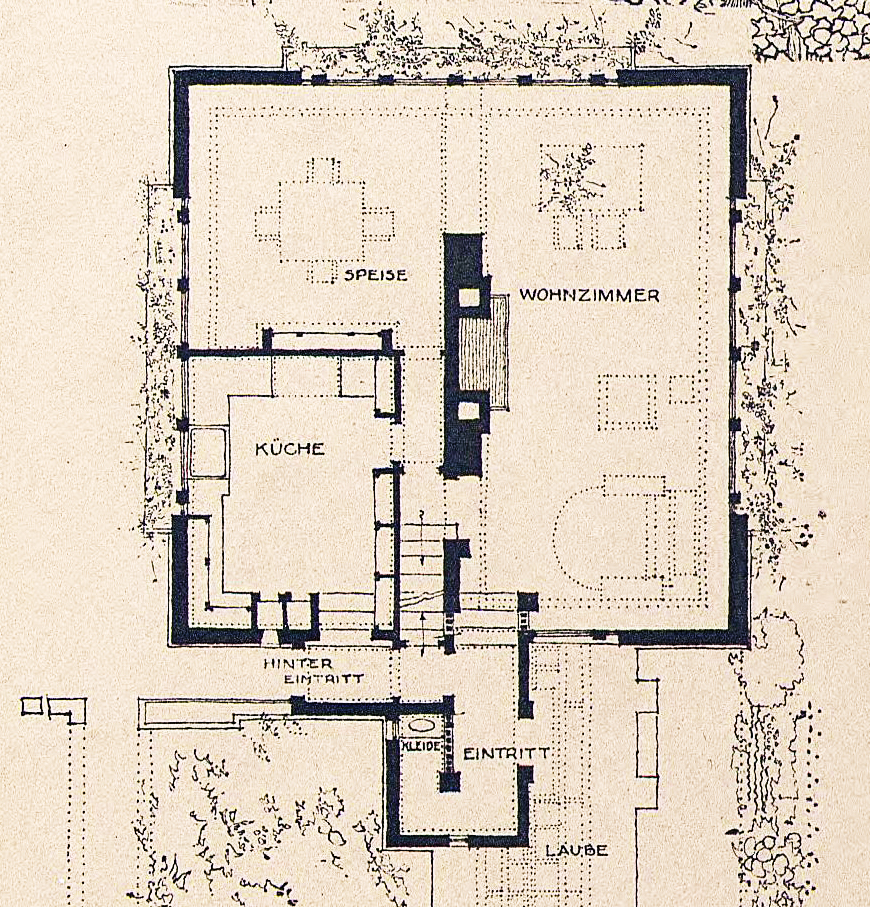 The house boasts a floor plan that became a staple of Wright houses. To mimic the geometric exterior, the interior is equally divided into quarters with kitchen, living room and dining room arranged in an efficient square layout. On the second level, four bedrooms continue the theme. The heavy-handed brick design and simple floor plan influenced Wright’s trademark Fireproof House for $5,000.

Built for the then UW Law professor Eugene A. Gilmore this cruciform abode is situated a walkable distance west of Camp Randall. Its striking horizontal heft, sweeping eves and cantilevered porches exude the look of a vessel fit for flight and has earned it the nickname of airplane house. The parallels to the sweeping expanses of the Midwest landscape, from which Wright’s famous Prairie School architecture draws its inspiration, make airplane house a supreme example of Wright’s famously unique hand.

Pew House was built economically, and thus the residence’s successive owners, have been forced to refurbish a decaying interior. Pew House now boasts an updated wooden interior and more permanent exterior, has natural lighting from rays reflecting off beautiful Lake Mendota. Encapsulating many trademark Wrightian flairs, Pew House is a tucked away jewel of the Madison area.