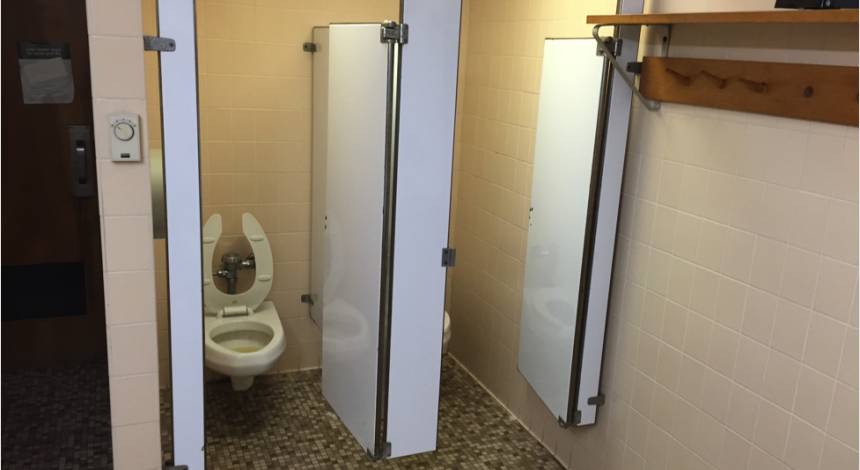 Deep in the dark depths of University of Wisconsin’s department of mathematics exists a small and treacherous hole in the wall. Few enter, and even fewer escape this atrocity. This room is the Van Vleck basement bathroom, widely known as one of the worst places to take a crap on campus.

In order to save you a scarring experience (and possibly force the university to make some improvements), I’ll do my best to explain why you absolutely should not visit this shit-hole. 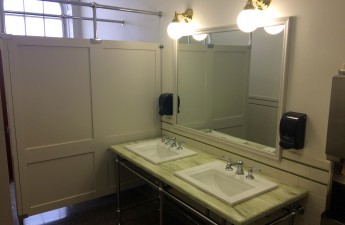 Upon entering the restroom, an unmistakable dense and humid gust of wind hits you, instantly causing cystic acne to erupt across your face. The temperature is consistently in the 90s, causing your clothing to cling to your sweaty skin. The bathroom seems to have a completely separate atmosphere from the rest of Madison. Accounts of tornadoes sprouting up from the toilets have been reported, and the occasional raindrop falls from the dilapidated ceiling.

There is also a unique odor to Van Vleck’s bathroom. It’s not quite the revolting smell of feces but instead a faint — but noticeable — aroma of death. The neglect of this restroom makes the idea of a dead gopher stuck between the pipes seem fairly reasonable. 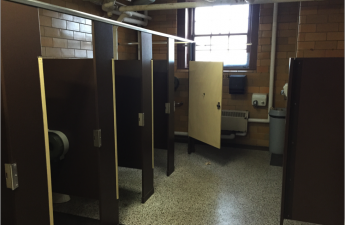 Craps on campus: Scatological ecstasy at Agricultural HallCoordinates: [43.076, -89.412] Altitude: 10 meters above sea level Madison is peppered with century-old buildings and historical landmarks, some of Read…

The decay of the facility is appalling. Rusty air-conditioning units, moldy door hinges and broken flush handles corner you in the cramped stall. Airborne diseases surely thrive in the sweltering and squalid environment.

Complex theoretical mathematics take place just down the hall, but simple addition is all you need to tally up the many downfalls that make this bathroom so shitty.

Toilet Flush Mechanism: Manual levers — touch at your own risk