HBO’s latest binge-worthy drama is also one of the networks darkest and most chilling series put to screen, and it’s currently only three episodes in.

“The Outsider,” based on Stephen King’s bestselling novel, aired its first two episodes January 12 on HBO’s prime Sunday night slot. With its third episode follow-up this past Sunday, the show appears to be heading in an unpredictable and noteworthy direction, and it’s no wonder considering some of the people involved with the show.

The show’s creator and writer, Richard Price, was one of the primary minds behind HBO’s highly successful, Emmy-winning crime drama mini-series, “The Night Of,” back in 2016. Price also has an Oscar nomination under his belt in best adapted screenplay for “The Color of Money.”

Price’s experience with dark crime drama material makes him quite suitable to helm “The Outsider.” With King’s source material, “The Outsider” blends supernatural horror feats with crime drama. This blend has made for a captivating thriller thus far.

Season two of ‘Big Mouth’ invites entertaining, diverse cast of characters to screenEditor’s note: Some spoilers included. Remember the days in middle school when life always seemed so dramatic and complicated? If Read…

Though the show has had a lot of set up, not a single moment has been boring. There is always something going on, and it’s always genuinely unnerving.

“The Outsider” boasts a veteran, talented cast with the usually villainous Ben Mendelsohn in a complex lead role. He is supported by Jason Bateman. Normally known for his comedic chops, Bateman has been breaking into more drama as of late, finding a lot of success. Other known actors and actresses in the show include Julianne Nicholson, Mare Winningham, Derek Cecil and Bill Camp.

Additionally, the third episode introduced us to a new character who looks to be playing a major role in the rest of the season. Cynthia Erivo plays this character, and you may have heard her name recently because she just picked up an Oscar nomination for Best Actress in a Leading Role for her work as Harriet Tubman in the movie “Harriet.”

The acting from everyone has been tremendous and even more so under Jason Bateman and Andrew Bernstein’s direction. Erivo and Mendelsohn, however, are scene-stealers, seemingly working as the most attention-grabbing, unique characters. 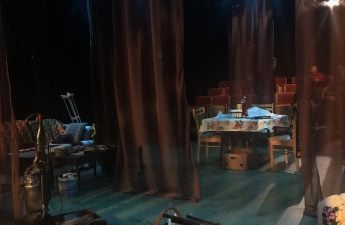 Acting, writing and directing aside, the show is also succeeding in nearly every other facet. Specifically, cinematography, editing and musical score.

Every shot seems well-intended with careful design. If you don’t analyze every part of the frame, sometimes you might miss something.

“The Outsider” provides a lot more style to its story-telling than you might expect. Specifically, there was a rather impressive transition from a credits graphic into Ben Mendelsohn’s character in the latest episode. Then later in the episode, there is a moment where Mendelsohn’s character is listening to a little girl’s nightmare on a staircase.

Mendelsohn’s character is foregrounded to the right of the screen blown-up with a wide-angle type of distortion. The characters higher on the staircase, which is actually wrapped in a different direction, are visible but blurry. From a vantage point, you would not actually be able to see them. This shot combines masterful camera work with editing. It’s a small detail but adds to the point of the constant intrigue the show brings. 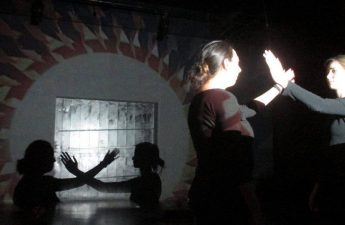 Ten-minute theatrical performances brought rollercoaster of emotions to UW campusWhat can you do in 10 minutes? Take a power nap? Walk to class? Make a quick dinner? Or (hopefully) Read…

The music is truly terrifying. Danny Bensi and Saunder Jurriaans have collaborated on a bone-chilling soundtrack which seems to invent a new, creepy sound for each tense moment, of which there are a lot. All the creepy music is thanks to how the composers implement strings.

I won’t detail any of the plot because you can read about it anywhere. Besides, it might be better to go into this show blind.

The first three episodes have set up something special, and the potential for the rest of the show is limitless.

There have been screen adaptations for many of King’s novels, but a majority are turned into movies. “The Outsider” is finding early success because it allows its story to breathe and meditate over the course of an HBO production. “The Outsider” could spark a movement of TV show adaptations of King’s work.