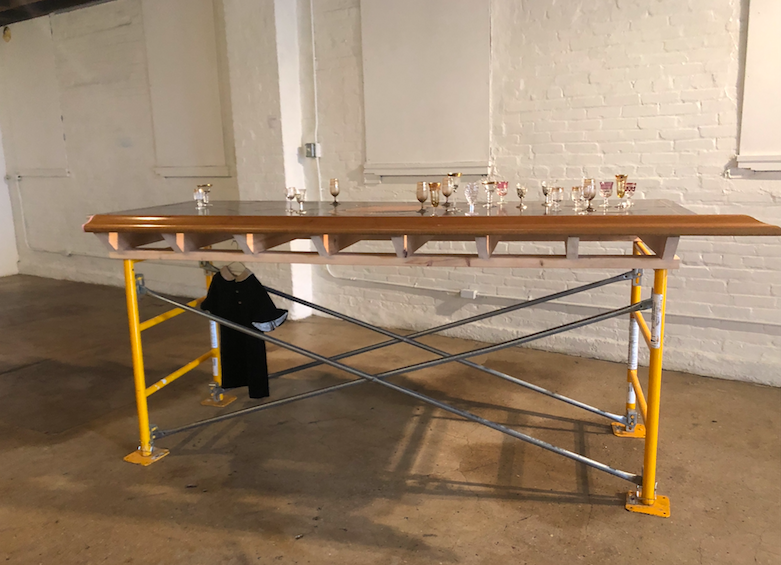 Each day, the University of Wisconsin shapes and sculpts its students in ways that are both professionally and personally impactful. After graduation, some will leave and some will stay — but there is hardly any doubt that one’s college experience will prove to be deeply influential in navigating the world after this time is over. As such, the post-college lives of four UW graduates are currently on display in the Postmadison exhibition.

The graduates include Anna Campbell, Joey Fauerso, Chris Walla and Kristof Wickman. Each graduated from UW’s art program and contributed two or more pieces to the exhibition, which is on view at the Arts + Literature Laboratory. 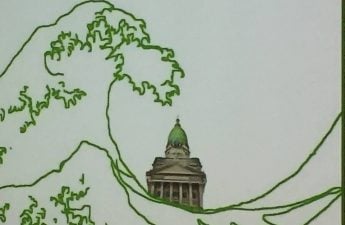 The Arts + Literature Laboratory is the perfect venue for this multimedia gallery. Soft light and white-painted brick in some spaces illuminated pieces, while other darker, more private spaces created the appropriate introspective viewing environment.

UW does not leave an identical mark on all of us, but the breadth of its impact is appreciated by Fauerso and Campbell. For Fauerso, she reflects on the people.

“A lot of really great teachers’ input has continued with me, and equally as important as them are the people that I met in graduate school,” Fauerso said. “My colleagues and fellow graduate students from that time have continued to be some of my closest friends and collaborators.” 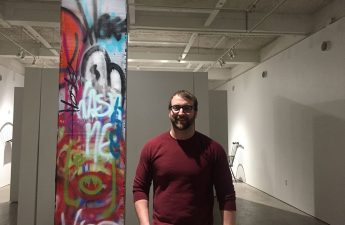 Campbell, who is now a UW gender and women’s studies associate professor, echoed a similar appreciation but reflected more on the technical experience UW offered her.

“It was a really transformative experience,” Campbell said. “It was an opportunity to focus deeply on my practice, to acquire a lot of new skills, and to get a sense of what it would be to be a professional in the art world.”

Campbell’s piece “Chosen Family, Chosen Name, Separatist, Safe Space, Expat, Invert, Homophile, Homestead” has roots that may not be immediately apparent in her academic work. The piece is a composition of a few things, including scaffolding, a bar top with wood inlay and what appeared to be cordial glasses littered atop. It was commissioned after the Pulse nightclub shooting, and reflects on the role of bars as queer safe spaces. 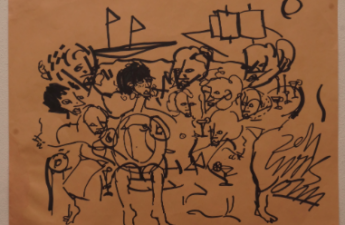 Other pieces also encouraged examination, like Wickman’s untitled works. Initially, I walked right past one, thinking it was a rolled-up car mat discarded in the corner. Upon further inspection, it was a car mat, but made of an unyielding aqua-resin cast.

His other work included a series of prints, focused on neutral-colored coolers packed with ice and Oscar Mayer meat products. The coolers were organized in the shape of the letter V, similar to how birds organize when they fly together. Both pieces were nondescript, almost muted, but intriguing in a way I didn’t anticipate.

Walla’s contribution was also fascinating. Long strings of metallic beads were cut at exact lengths and hung from colored disks so that, at an angle, a word was spelled out. It looked as if trails of water were frozen mid-shower. Most of the pieces focused on absence — one spelled “GONE,” another, “DEAD END.” 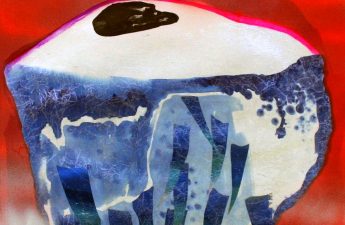 Fauerso was hesitant to name a favorite piece, but she mentioned the expansiveness of “Guadalupe-After Images,” a series of saturated and striking paintings. Originally, 850 paintings comprised the project.

“It was over a year in the making, so it’s exciting to be able to show it in Madison,” Fauerso said.

While talking to Campbell and Fauerso, I slowly started to understand the depth of time and thought that goes into these pieces.

I wondered if the intimacy that creating art demands made things difficult when it came to sending the pieces across the country — like shipping your kids off to camp for the summer. 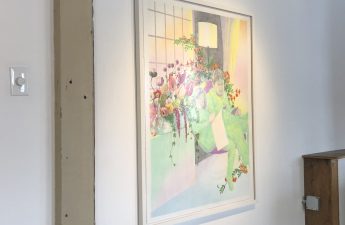 Fauerso admitted it is not without its logistical difficulties, but these did not detract from the enthusiasm of showing her work.

Fauerso said “it is exhilarating and it is exciting,” as people who have never seen her work before will now get to see it in person.

My amateur eyes found the exhibit to be cohesive, but ultimately the strongest common denominator underlying all the pieces was the bond of the alma mater. Each of the artists wore the same cap and gown, but ultimately embraced and pursued different artistic opportunities. Given the talent Postmadison is bathed in, it worked out pretty well for them.

Campbell articulated the relationship between the Postmadison exhibit and the post-Madison experience.

“It’s an expression of the range of the program,” Campbell said. “It shows how people can take strands of what was critical for their degree time and how that is developed and grown in the interim.”

Postmadison is displayed at Arts + Literature Laboratory until April 6. Gallery hours are available from 12 p.m. to 4 p.m. on Thursdays and Fridays and 11 a.m. to 3 p.m. on Saturdays. Additional hours are available by appointment. Admission is free.