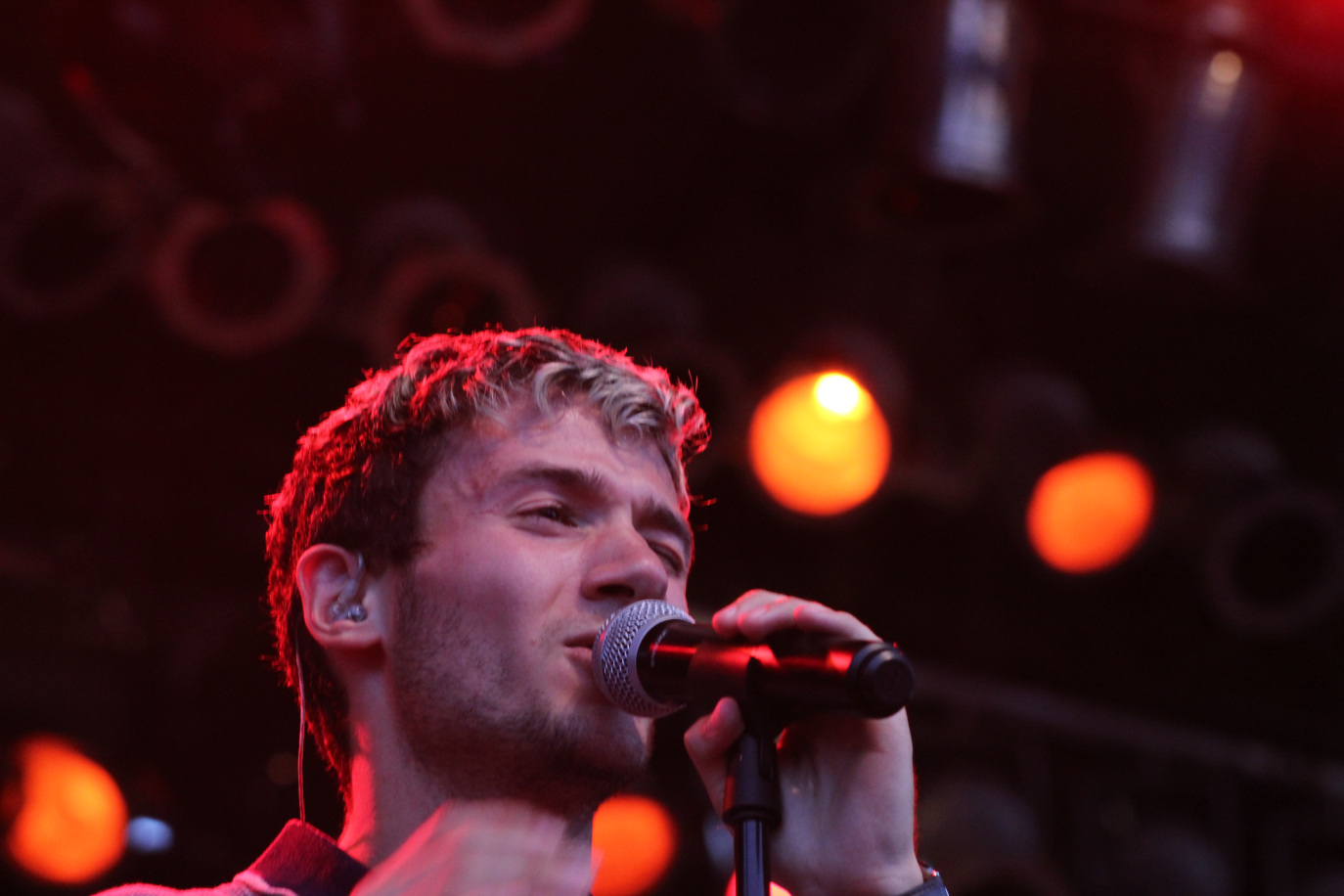 With the swagger, good looks and frosted tips of a nineties boyband member, 21-year-old Jeremy Zucker took to the Miller Lite Oasis stage on Thursday night. Coming out of 2017, he signed for major label Republic Records, it was an earned confidence, one of an up-and-coming star. 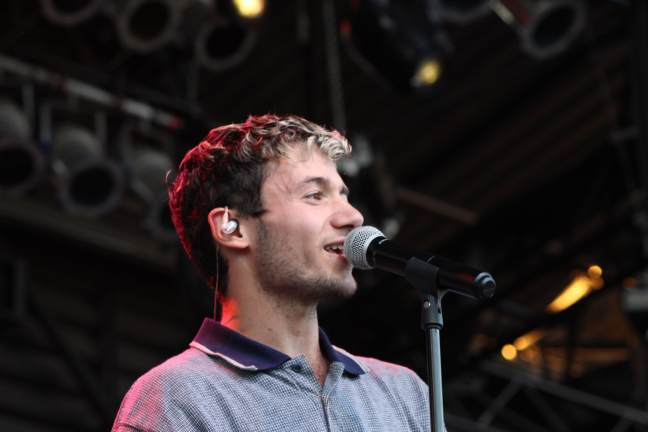 Since his first EP Beach Island was released in 2015, he had slowly built up an extremely loyal fanbase with his unique sound, an interesting mix of Jon Bellion-esque upbeat electronica and the introspection of Twenty-One Pilots or Bon Iver. It was because of this that he had built up an unusually large crowd for a non-headliner come time for performance. 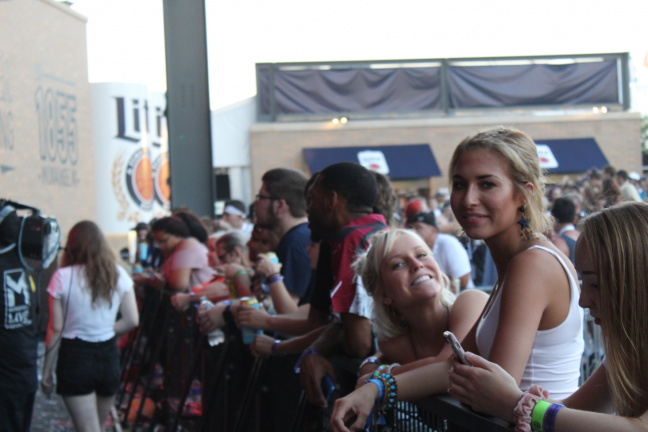 For artists that greatly rely on post-production effects (auto-tune, vocal layering, sound editing etc.) in their work, live shows pose an interesting challenge. Lacking a great deal of the technology that would be afforded to them in-studio, many performers can feel flat once they play live. This was not the case for Zucker.

Throughout the show, the talented musician controlled the sound with a polyphonic multi-dimensional controller (PMC), essentially a high-tech touch-based keyboard that can read the user’s finger movements to not only play notes but change a given note’s pitch and timbre in real time. With this, he was able to perform his own brand of electronica live, with excellent sound quality. Along with his natural talent and a healthy dose of easy-going charisma, Zucker more than compensated for the lack of studio production. 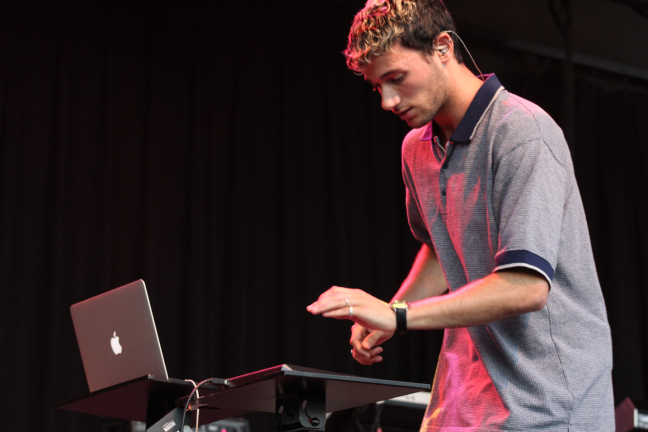 Beginning his set with the upbeat and carefree “Wildfire” off of his most recent EP Glisten, Zucker quickly got the crowd off their feet and dancing despite the day’s punishing heat, which he joined in with on the rare occasions he was away from his keyboard.

After manning the PMC for his hit “Keep my Head afloat” and several other songs, he switched over to the guitar which, despite initial technical difficulties, he played with the same fluency as his keyboard. This impressively displayed his participation in all parts of his music, befitting his status as a solo artist. 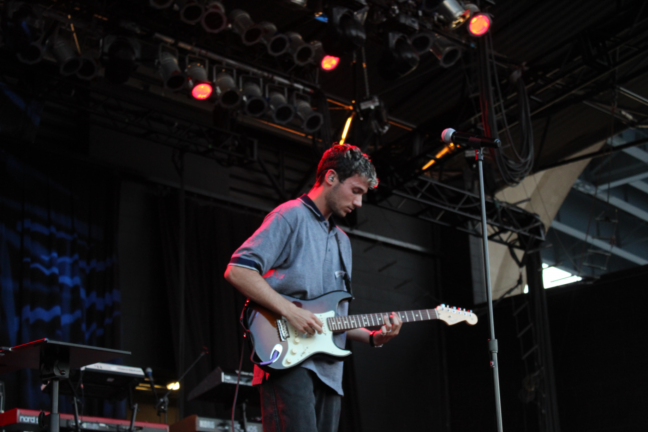 Putting the guitar aside, he paused between songs and took a break from his laid-back stage persona, telling the audience “This next song is about a difficult topic, one that has affected me personally. Mental health.” He recalled times he had struggled with his own mental illness, depression, and told the crowd that a conversation about mental health was “a hard but necessary one.” He followed this up with one of his new singles, the bluntly named “All the Kids are Depressed.” 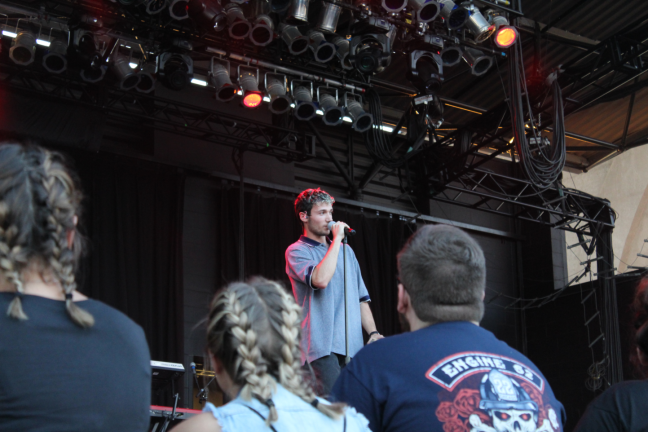 As he moved towards the end of his set, he broke out his biggest hit, “Heavy,” which had been sampled by fellow artist Black Bear. As he took his leave, the catchy tune left a ringing in the audience’s head, closing one of Summerfest’s better ground acts.