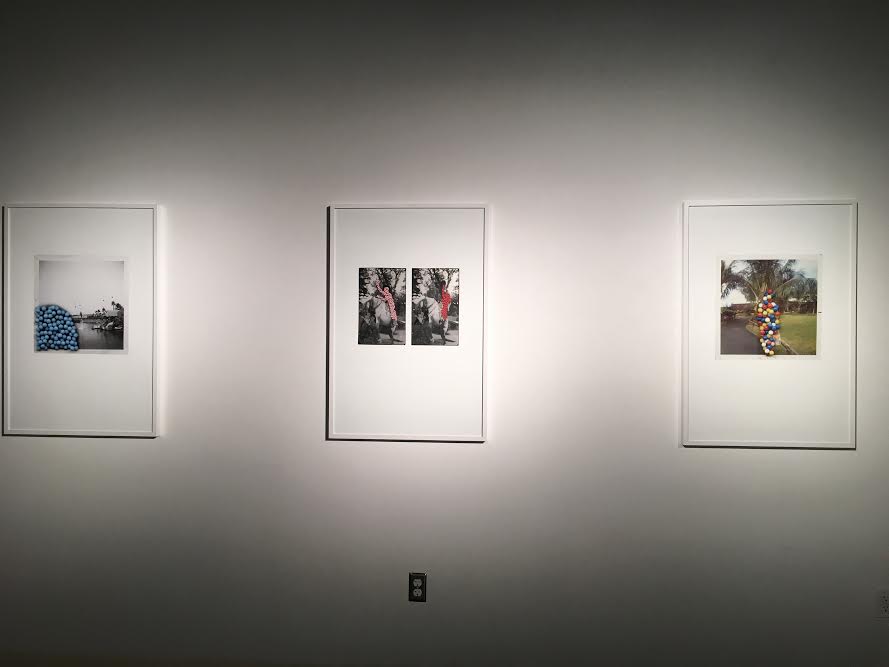 Does everyone really hate tourists? Marissa Mackey explores the phenomenon of tourism in her collection “Yonderlust,” featured at the Art Lofts Gallery.

The collection showcases photographs overlaid with colorful spheres. The addition of the spheres is meant to cover the people in each photo, making them unidentifiable.

“By making these characters anonymous, I am emphasizing their presence as well as the space and place they’re occupying, warranting a deeper investigation of both,” Mackey said in the exhibition statement.

Mackey’s photographs each represent their own piece of humanity, but all cohesively flow together as one collection. The simplicity of each photograph allows the onlooker to form their own stories about the people hidden, while still appreciating the cultural critique the artist is portraying.

The collection is colorfully eye catching with almost every photo being black and white with pops of color added. The photos, which appear vintage either by design or actuality, highlight popular tourist destinations such as Mount Rushmore and city skylines. 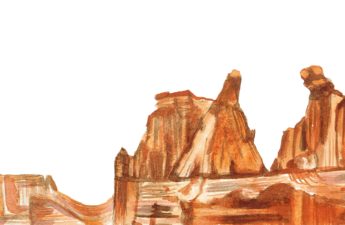 StoriesEtc: ‘Desert Dream’ tells the story of fleeting love, intimacy with natureWelcome to StoriesEtc, a place where University of Wisconsin students can share their original works of creative writing with the Read…

Not only does this exhibit feature photographs, in the center of the gallery is a projection on the floor. The video projection shows tourists in different locations highlighted by a holographic rainbow effect. This element adds movement and scale to the collection, showing masses of people walking around different attractions.

“While this work references tourists’ inherent parasitic and transient role in culture, I am equally interested in how the tradition of tourism speaks to the breadth of the human inclination towards exploration,” Mackey said.

Together, every piece in this collection serves to analyze the concept of tourism in culture and nature.