Lo Moon’s accompanying video for their song “Loveless” does more than offer a visual piece — it tells a story. A rise and fall of emotions occurs throughout the video as a result of strategically thought out lighting and chronological structure.

The song itself also takes the listener on a roller coaster of feelings, as the song fluctuates from slow paced to fast. When the song is slow, the lighting of the video is dark, and conversely the fast-paced portions of the video are well-lit. 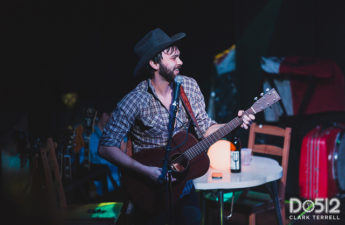 The story’s timeline also blends perfectly with the fluctuating intensity of the song. During the slow melody, the band members themselves appear somber as they prepare for a robbery — assumed through the masks, guns and shot-up car. But when the song picks up again, flashbacks show the members of Lo Moon happily spending time together.

The video also gives an insight into Lo Moon’s creative process. Throughout the video, a sketch book can be seen with drawings of red Chinese-style lanterns. When the video begins to come to a close, the band is playing their instruments under the same styled lights seen in the sketch. Lo Moon has taken their creative ideas and turned them into reality.

This visual piece also has some mysteries as well. The video opens with two girls playing on a beach, who are shown later on in a stock film clip. This could possibly represent a personal memory of one of the band members.

Water also has a mysterious role in the video and is repetitively shown in different ways. Whether the people in the video are face-planted on the beach, floating underwater or playing instruments while standing in water, the majority of the video is filmed with water in the setting.

The video’s lighting, timeline and symbolism prove Lo Moon has put a lot of thought into this creative project. Music tells a story, and Lo Moon is sharing that story with the world in a personal, visual way with this music video.