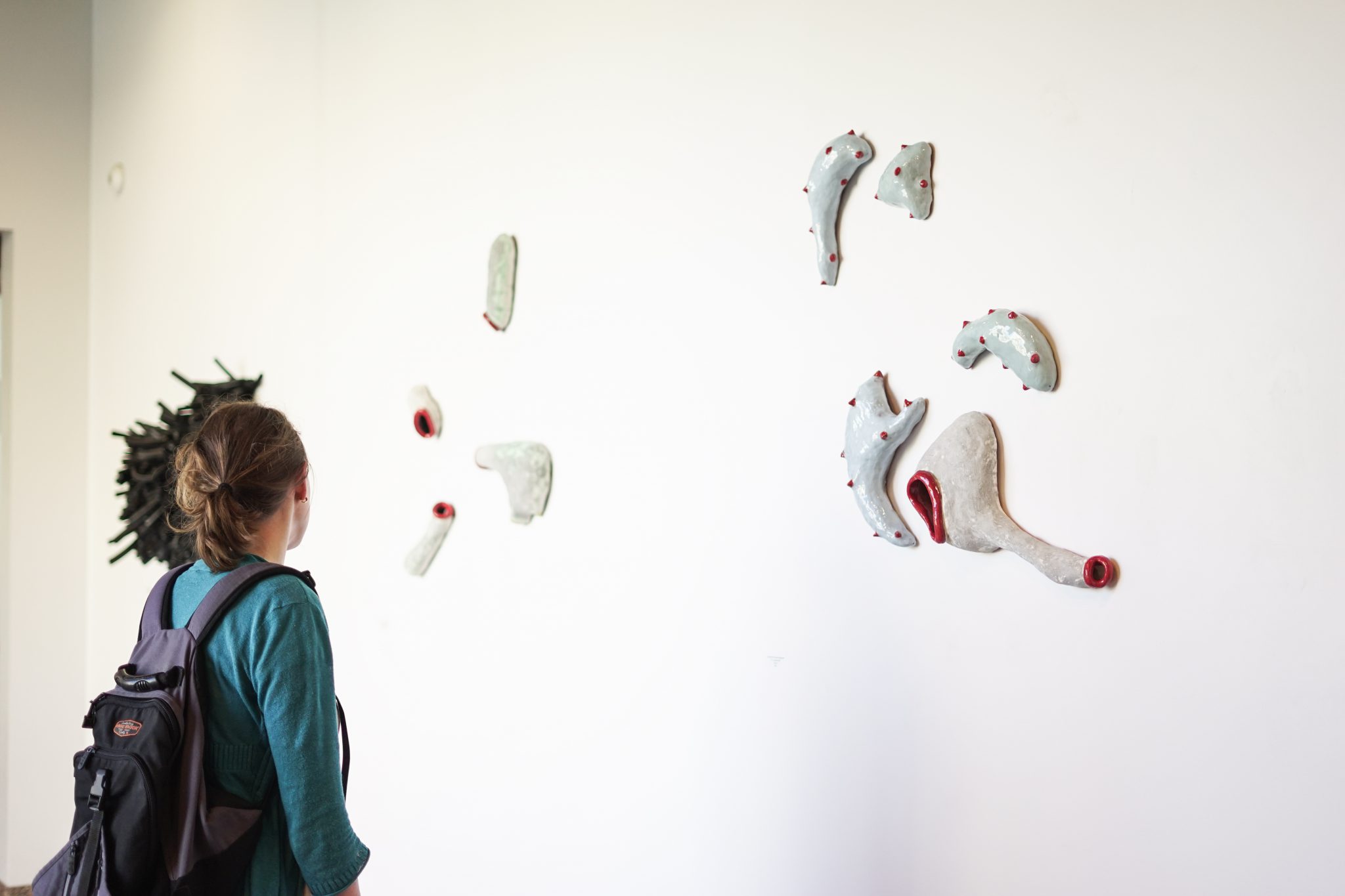 There’s something intriguingly creepy about the work of sculptor Gina Lee Robbins.

The self-taught sculptor, whose exhibit “Organic Chemistry” is now featured in Union South’s Gallery 1308, has been honing her craft for 25 years now — and it shows in the evocative forms she has molded out of unlikely materials.

The bulk of her sculptures are made out of some amalgamation of tire rubber, wire and various other materials, including wool felt and doll limbs. She then forms them into quasi-organic forms, some sculptures resembling veiny organs and others alien life forms.

One piece in particular features an otherwise inconspicuous yellow ball in its center. Within the context of the artwork, however, it looks like an embryo or nucleus of something sinister.

This piece captures the impressive phenomenology that Robbins accomplishes through her work. One observes the grotesqueness of the pieces, while at the same time understanding they’re made out of everyday objects, making them even more bizarre.

These, however, are just the exhibits made out of rubber. Robbins also features some installations made of crazier materials.

“Persistence,” made out of ceramic, beeswax and honey locust thorns embodies the name of the exhibit well. It has a menacing, swarm-like feeling to it, while still maintaining a distance from the viewer due to its abstract shapes.

It contrasts well with the rubber exhibits — those are inorganically organic, whereas “Persistence” is organically inorganic. Both seem to want to play with and disturb the viewer’s sense of what is really alive.

“Organic Chemistry” will be on display at Gallery 1308 until Sept. 19.