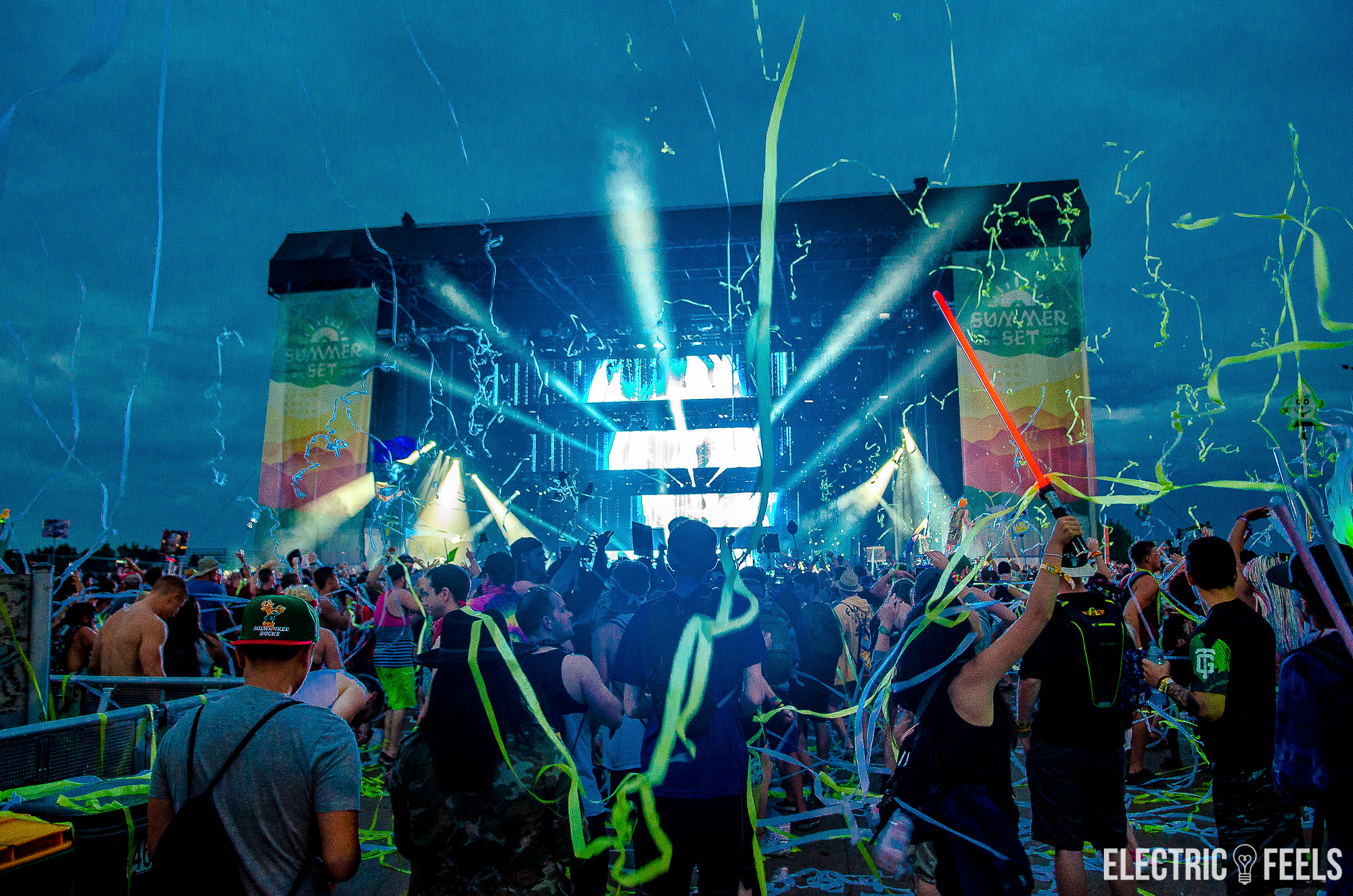 Each year, Summer Set seems to raise its own bar higher.

With a lineup solely of quality artists, Summer Set, located in the remote town of Somerset, Wisconsin, was truly a culmination of years of hard work by festival planners react presents, SIMshows.com and the Majestic Theatre.

Three main stages boasted some of the largest names in the industry including Skrillex, Grimes, Logic and Chance The Rapper, making this year’s edition comparable to other big-name festivals in the midwest and beyond.

Intelligent planning boosted the festival’s buzz. Summer Set organizers placed popular EDM artists such as nghtmre, BTSM, Mr. Carmack, Illenium and SNBRN on a smaller tent stage in the direct center of the festival, and used the larger stages for a wider variety of music. This allowed attendees to meet in the middle to listen to the familiar EDM the festival is known for and then branch off to discover new and exciting artists.

As a result, any Summer Set adventurer had no problems finding their niche within the lineup, which featured both returning veterans and newcomers alike.

Bassnectar closed night two with a less captivating and awe-inspiring set than usual for him, but he still managed to stay true to his reputation as one of EDM’s finest. With melodic transitions into monumental bass drops, any person who hadn’t yet born witness to Bassnectar’s greatness surely wasn’t disappointed.

EDM’s favorite fluffy, Jet-Puffed, masked crusader delivered a set worthy of his surging popularity. Among a sea of emotional Mellogang members, the mysterious DJ delivered a trappy and upbeat performance that began the epic Sunday finale to the festival. Displaying true class, Marshmello ran throughout the festival grounds after his set and took the time to greet and take pictures with any fan in sight.

Closing out the first night, Chance The Rapper provided much needed live instrumental to the assortment of DJ’s that made up the bulk of the lineup. Along with his live band, The Social Experiment, Chance performed numerous hits from Acid Rap as well as Coloring Book that could be viewed perfectly from afar. His performance was a refreshing reminder for many that rap can be performed live, not just on a laptop.

Jauz delivered the after party of a lifetime, calling it “the craziest after party I’ve ever been to,” on his Facebook page. That is truly saying something considering that in the life of a professional DJ almost every night has an after party. In this set, Jauz mostly stayed away from his unique style of heavy bass house but still managed to deliver quite the spectacle.

The performance can be viewed here.

Three Zombies from Flatbush, New York, managed to make their way to quaint Somerset to deliver a performance that completely mesmerized the many festival goers who strolled to the main stage to view these psychedelic rap legends. Their distinct voices and distinctive style of rap was lifesaving among the bombardment of heavy-hitting bass music, making it one of the most memorable performances of the weekend.

Skrillex returned to Summer Set to close the festival with a set that absolutely devastated ravers with a bombardment of dubstep bangers, including his recently released song “Purple Lamborghini.” Holding nothing back, his set featured almost none of the pop music that can sometimes bog down a Skrillex performance. His show culminated in fireworks to cap off the weekend — an amazing moment to share among good friends and strangers alike.