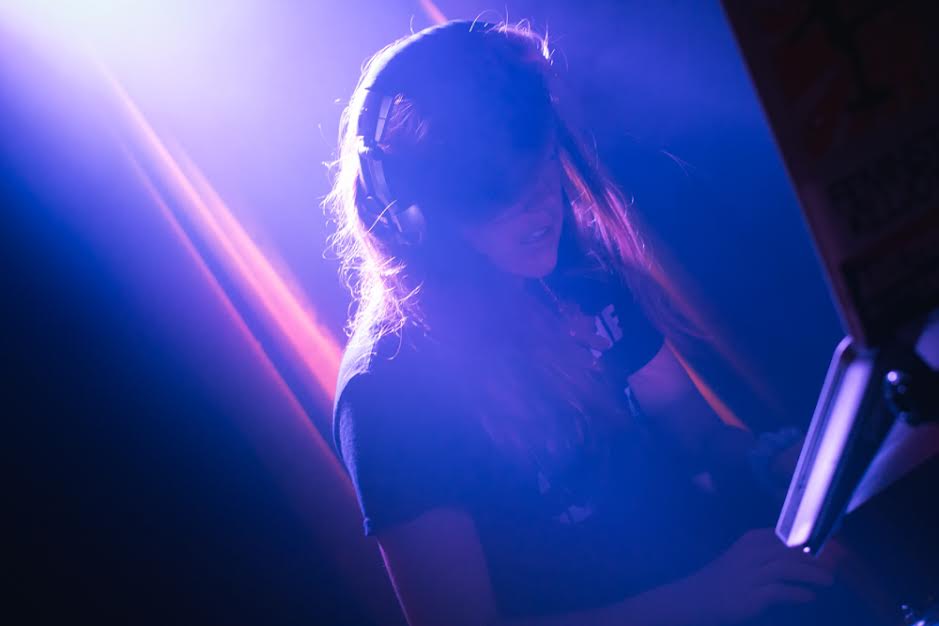 Armed with a political science major, a complex understanding of the issues that face marginalized groups and an ear for banging music with a meaning, Joey Bee is the DJ creating a new nightlife culture in Madison.

Stemming from a dissatisfaction with the lack of female DJs, Madison’s general club scene and her desire to be culturally inclusive, Bee’s musical alter-ego arose — when she is spinning tracks, hosting LGBTQ+-inclusive parties and challenging cultural norms, Bee becomes DJ Boyfrrriend.

“I began DJing as a reaction to the world around me, and I knew very few women who were DJing,” Bee said. “DJ Boyfrrriend is kind of a tongue-in-cheek reference to women’s perceived role in the dance scene of being the ‘girlfriend-of-the-DJ’ as opposed to the DJ.”

As for the spelling of her stage name, Bee said another artist had already claimed “DJ Boyfriend.” She also drew her name inspiration from Riot GRRRL, a movement that prioritized collaboration over competition within the scope of female musicians, Bee said.

The creation of DJ Boyfrrriend and the ethic of inclusion came with its own hurdles. When Bee started DJing after college about four years ago, she was shocked to see the anti-POC, anti-blackness, anti-LBGTQ+ and problematic oppositions she encountered at clubs. This sparked the establishment of Bee’s own late-night parties that would create a safe space to counteract the “toxic culture” within the Madison club scene.

The product was Loose Cannon and Queer Pressure. With these two events that foster intentionally separate spaces specifically for the queer community came a strict set of standards. Bee said predatory behavior of any kind is not tolerated, racist and classist behavior is actively opposed, every gender expression is welcomed and affirmed, venues must be wheelchair accessible and feedback or suggestions are welcomed.

These events help establish a nightlife culture for people who face discrimination and challenges in doing simple behaviors, like going out to dance. Every Loose Cannon and Queer pressure has a political theme that challenges its guests to think about LGBTQ+ issues besides the well-known, like gay marriage.

Ranging from safe sex education, fundraising for community foundations and supporting local artists, these politically-charged dance parties are ultimately safe spaces for those who rarely find such a luxury that many take for granted.

“I really love dancing [but] going out as a young, queer women in this city [and in] other cities [was] often really hard because [of] predatory night culture,” Bee said. “I think I have a political analysis of the need for space to dance and creating our own culture. Though some people think that approach of separate space is really extreme, it’s not like we police it at the door. It’s asking people just to keep that in mind and respect that.”

Bee wants to bring together voices in her music and for people to dance to narratives that are underrepresented in mainstream electronic dance music. Bee has used hip-hop and the many female POC voices that encompass the genre to give her sets a feminist, black-positive and representative tone.

Whether it’s mainstream artists like Missy Elliot and Angel Haze, or the not-so-well-known Kate Tempest and Dope Saint Jude, DJ Boyfrrriend wants people to move their bodies as they contemplate politics and inequalities. Within her sets of heavy hip-hop, synth-pop and political voice samples, Bee supports identities as she establishes her own.

“I like people to feel that ideas they may have that are not considered mainstream are represented in the music they dance to,” Bee said. “Whether that’s empowerment of women, anti-slut shaming, anti-fat phobia — things like that. Just in general, I want people to expect more out of their culture and push themselves to be more inclusive, self-critical people.”