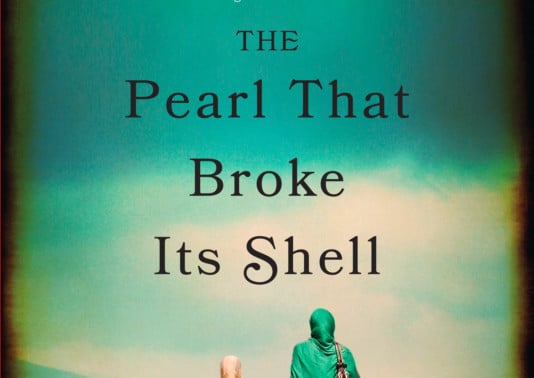 For most of us, it is difficult to imagine life in a country very different from ours.

In her literary debut, “The Pearl That Broke Its Shell,” Afghan-American author Nadia Hashimi illuminates the reality of life in Afghanistan — a nation that, up until Sept. 11, 2001, was rarely thought of or talked about.

The novel tells two stories: that of Rahima and that of her great-great-grandmother, Shekiba. Living in two very different Afghanistans, the two women experience similar hardships and tragedies as they search for freedom and control in an oppressive society. In a culture that values naseeb, or fate, these two women dare to make their own fate.

In a family with four sisters and no brothers, Rahima’s story begins in Afghanistan after the fall of the Taliban. The value of sons over daughters in Afghanistan forces Rahima’s family to disguise their daughter as a son — a custom known as bacha posh. With a new haircut and set of clothes, Rahima experiences the freedoms that come with being a boy.

But when Rahima turns 13, she is married off to a warlord five times her age, and she must re-adjust to life as a girl. She spends most of her new life longing for the days when she was a bacha posh.

A century before, Shekiba goes through several horrible, tear-jerking moments before finding herself in the king’s palace dressed as a man guarding his harem — because, obviously, men have no self-control.

If you hadn’t already guessed it, “The Pearl That Broke Its Shell” is heart wrenching — readers should be prepared to shed a few tears.

The characters experience tragedy after tragedy, while already living in a complicated Afghan culture. The novel focuses mainly on the struggles of Afghan women, but it also touches on the pressures men face — for example, the threat to masculinity and shame that comes with being unable to birth a son.

With such a powerful, complex story to tell, Hashimi wisely chose to simplify her language, using short, basic sentences that allow the reader to quickly get lost in the world of the characters. Much like Khaled Hosseini’s “The Kite Runner,” Hashimi also carefully integrates words and phrases in the characters’ native language, Dari.

The effect is an even more rich and encompassing portrait of Afghanistan, especially for those of us who know very little about the culture.

From start to finish, “The Pearl That Broke Its Shell” fascinates and educates its readers. The story is beautiful and powerful, the underlying message crosses cultures to ring true for all.

Hashimi’s story ends hopeful as she makes note of the progress women have made, but reminds us of the work that remains to be done to ensure change.