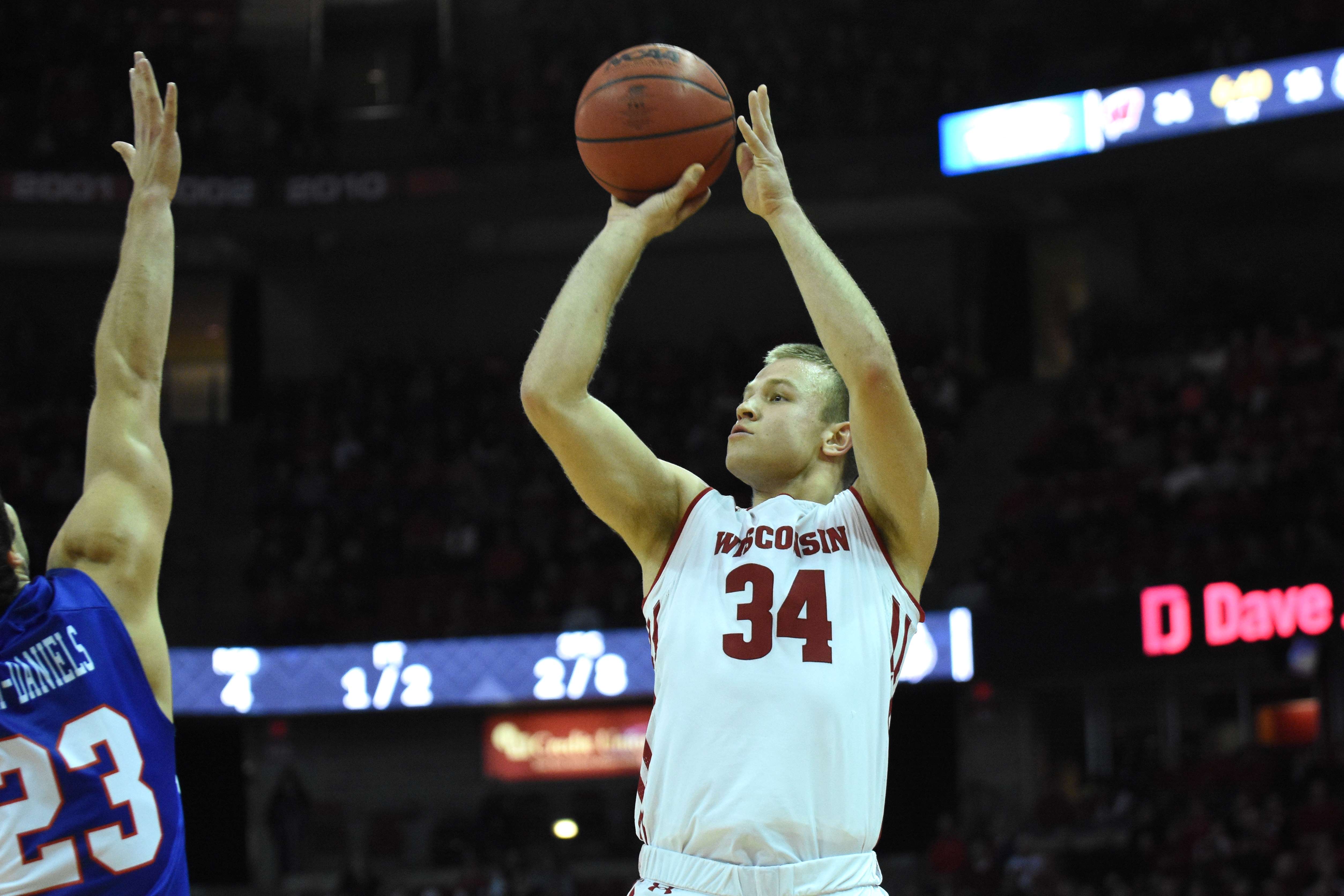 The University of Wisconsin men’s basketball team (6-1) came from behind Tuesday to beat previously undefeated NC State (6-1) 79-75 at the Kohl Center.

With just 25 seconds on the clock, and the Badgers up three points following a D’Mitirk Trice pull up jumper, Brad Davidson took a shoulder to the chest, went down, got the charge call (his fifth of the game) and sent the home crowd into hysterics. It may not have been as dazzling as a game-winning buzzer beater, but it was a beautiful play in its own right.

Wisconsin got off to a slow start as NC State pressed high up the court on defense, pestering Wisconsin for the whole 94 feet. The Wolfpack’s high pressure caused trouble for the home side with the Badgers turning it over five times in the first seven minutes.

“We knew that they were going to pressure full court,” Trice said. “Once we slowed down and we started playing Wisconsin basketball then that’s when we cut the lead down.” 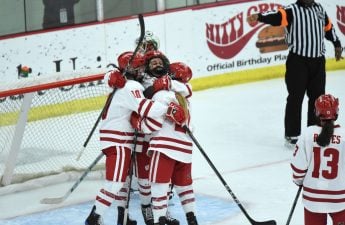 To compound their turnover issues Wisconsin also only shot 35% from the floor in the first frame and as a result, was trailing 36-29 at the half.

Things turned around for the Badgers in the second half, as they were able to cut NC State’s lead — at one point as large as 12 — down to single digits. But despite Wisconsin’s efforts, NC State would keep them at an arm’s length for most of the second half, holding the lead until the final minutes.

It may have been cold outside, but it was red hot inside the Kohl Center, with Wisconsin and NC State shooting 52% and 39% respectively from behind the arc.

Midway through the second half, the teams traded three-pointers, with the Badgers and the Wolfpack combing for six consecutive three-point makes in a two-minute span. Each NC State three-pointer intermittently silencing the Badger crowd before it once again roared to life following a three from one of its own.

Forward Ethan Happ and guard D’Mitrik Trice led in scoring for the Badgers. Happ had his seventh consecutive double-double with 19 points, 11 rebounds, and three assists, and Trice added 18 points of his own going four of five from three-point range.

The Badgers also got some great production from their role players including Kobe King and Trevor Anderson, something Happ acknowledged postgame.

“It was just a team win, it wasn’t relied on one or two guys,” Happ said.

Another encouraging sign for Badger fans was the production of sophomore Aleem Ford upon his return from preseason knee surgery. After playing a total of 14 minutes across three games during the Badgers recent trip to the Bahamas, Ford featured far more prominently in this contest, finishing with 12 points in 21 minutes of action.

For NC State, Markell Johnson was the leading man on offense with his 21 points, including three three-pointers. C. J. Bryce also added 18 points for the visitors.