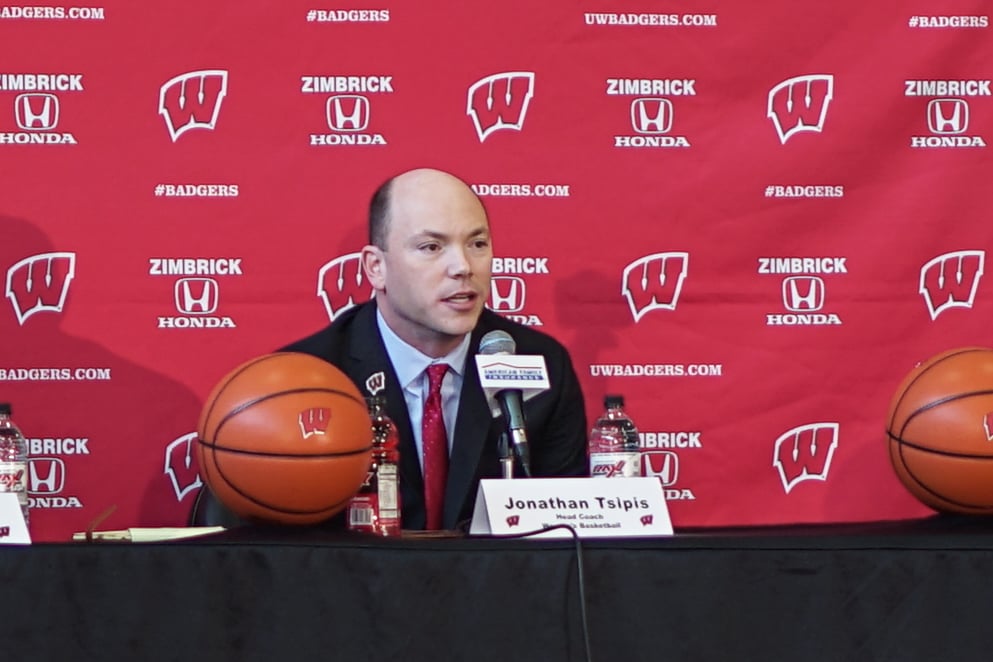 The Wisconsin women’s basketball team will tip off the 2016-17 season with a new face at the helm: former George Washington University head coach and 2015 Atlantic-10 Coach of the Year, Jonathan Tsipis.

As a coach who has done it before, Tsipis is looking to turn around a struggling Badger program and create a family atmosphere that lasts longer than his players stay.

“I think what we need to be focusing on as a program is making sure we’re getting better every single day,” Tsipis said. “I don’t think that mentality is going to change after year one or year five. I learned a lot of great things at George Washington and I think a lot of those things apply here at Wisconsin, building off of the things that a lot of the coaches did here before me.”

The former Colonials head coach comes to Wisconsin after four years in the nation’s capital, which included two A-10 championships and three 20-win seasons. 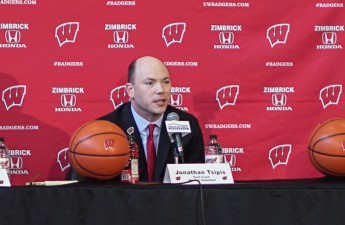 Tsipis spent eight seasons before that as an assistant coach and then associate head coach at Notre Dame under legendary Hall of Fame coach Muffet McGraw. The Fighting Irish reached the NCAA tournament in each of those eight seasons and made two appearances in the championship game.

Yet Tsipis is not resting on his laurels and insists that no aspect of a team is too small to commit time and energy to. Instead of rigid drills, the new coach is building his team’s chemistry off the court — an aspect team members felt had been lacking in previous seasons.

“With Coach Tsipis we’ve been doing a bunch of family bonding activities and having almost an open circle type atmosphere,” fifth year senior forward Avyanna Young said. “We are finally making the effort to get to know each other and that’s going to help us on the court tremendously.”

Any change is good change for a Badger program that finished last in the Big Ten in 2015 with an overall record of 7-22, their worst mark since 1987 and third-worst loss total in program history. During her tenure former Wisconsin head coach Bobbie Kelsey was unable to finish above ninth in the Big Ten, an already struggling conference, during all of her five lackluster seasons in Madison.

Badgers athletic director Barry Alvarez recognized an opportunity for a change and turned to Tsipis with the hopes of developing young talent already on the team. In a news conference this March, Alvarez said he wanted to leave the program in the hands of someone who has built up a program before.

“He knows what it takes to play at a championship level, and then you go out and do it on your own,” Alvarez told Andy Baggot in March. “I liked the fact he went out and took his own team and built it.”

Tsipis is ready to answer Alvarez’s call and said he would like to eventually turn to a high pressure, high intensity system that focuses on fast paced transition. He realizes, however, that doing so will take time and doesn’t fit the current personnel.

Tsipis’ desired system would be a significant change of pace for Wisconsin, which averaged 64.3 points per game with a losing margin of -8.1 last season. In order to one day implement it, building chemistry will be paramount.

“It’s not as if we weren’t close under coach Kelsey, but we’ve really become closer with coach Tsipis,” redshirt junior center Malyna Johnson said. “I think we’re all ready for a big change and we’re buying into whatever coach Tsipis is putting in, even if it’s something that we’re not use to seeing.”

The Badgers recently concluded a successful preseason campaign in Canada in early August, finishing 3-0 and exploring the British Colombia countryside during a week long vacation. 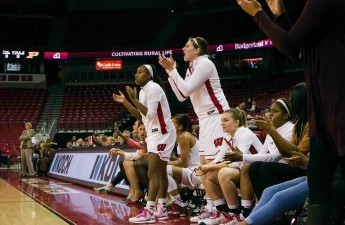 While still months away from the season opener against Winona State in November, the brief stretch of games left many players and coaches feeling like success isn’t so far off.

“Canada was great because it gave us a chance to not only simulate the basketball part but also gave us a look at the change in culture that we’ve been trying to instill,” Tsipis said. “We were able to get our players out of their comfort zones and I think that’s why it’s really important to go on a foreign trip.”

Tsipis said he hasn’t made any final decisions as far as lineups go, but that the team made tremendous strides this offseason and continues to improve with only a few months of preparation left.

That view is not unique to him either.

“I see this program going nowhere but up,” Young said. “We have a young team but we don’t play young. Everyone’s bought in and I definitely see this program taking the steps towards greatness.”