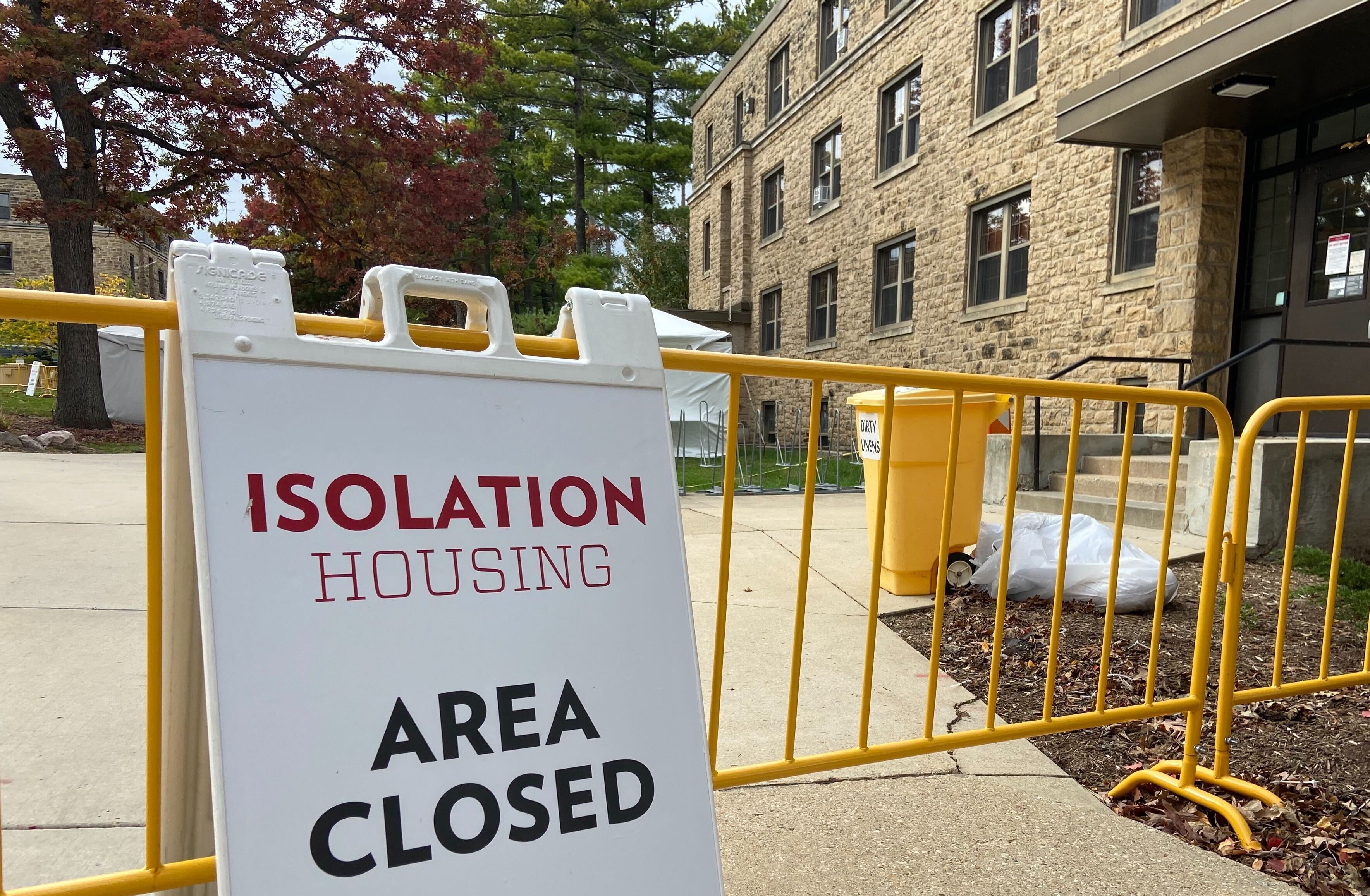 I know the human brain is bad at comprehending large numbers. Some things are too large even for our imagination to fathom.

But I can at least tell you 6,233,526 is a large number — and that is the number of people who have died of COVID-19 at the time of this article’s publishing.

This past week, my partner told me he heard that the number of deaths attributed to COVID-19 had surpassed the number attributed to the 1918 influenza epidemic. This week, I also got pancakes with a friend on State Street — over the past three years, I can only think of two other times I have eaten indoors at a restaurant. Pouring maple syrup over pancakes while I watched people sit around us felt eerie, like I was living in a space and time that should not exist.

It sometimes feels like we are so focused on returning to normal, to some reform of a status quo that we haven’t realized we can’t restore. I mean at least I can’t. In March 2020, I had not told anyone — even myself — that I was not born to be a woman. I have not lived as myself, my full self, in a non-pandemic world.

A ‘return to normal’ also feels like a dismissal of what we have lost. When will we grieve the 985,482 Americans who did not survive to go back to normal with us? When will we support the over 1 million Americans who have long COVID-19 and for whom this pandemic, these last three years, cannot not be neatly shoved into the past? This is not to mention the thousands who have died not from COVID-19 but who were barred from proper medical care due to hard choices the pandemic forced families to make.

One of those thousands is my grandmother. In May 2020, my grandmother passed away from a brief battle with simultaneous lung and brain cancer. She was diagnosed with cancer in late March 2020. We had to make the decision between her being in a proper medical facility or being able to honor her wishes of seeing us as she passed.

We were fortunate enough to be able to set up a hospital bed in our living room, quickly learned quickly how to rotate her to combat bed sores and how to use a sponge at the end of what looked like a lollipop stick to attempt to hydrate her when she was no longer strong enough to drink water. No one in my family has worked as a medical professional unless you count the winter breaks in college my dad spent working on ski patrol, or my mom’s out-of-date CPR certification.

I was the one who realized my grandmother had passed. It was early in the morning, and we had felt her getting ready to go so we had started taking shifts watching her. I walked downstairs with my laptop ready to finish up some last bits of homework during my shift before I had to start Zoom classes.

I sent my older sister — who had been awake for half the night — back upstairs to get some rest, but before she left the room I noticed my grandmother’s hands were too cold. Hours later my grandmother was carried to the crematorium in my spare bedsheet. Her ashes now sit on the mantle. We haven’t been able to give her a proper funeral.

There has been so much loss over the last couple of years that it feels like we have not had the time — though many of us have been in lockdown — to fully sit with it all. I don’t think we can envision what is next without fully realizing what has happened.

And not all of what happened has been sorrowful. I would be remiss to not say that there have been parts of living in this pandemic that I do not want to ‘return’ from.

Over the past couple of years, we have begun on the journey of a national reckoning with our society’s pervasive racism. Myself and many of my friends with chronic health conditions and other disabilities have found a freedom of access in online classes and have rejoiced how the start of the pandemic felt like for some that the country was finally starting to hear and care about the voices of those who are immunocompromised.

There have been national conversations around health care. Birds have returned to cities. And if you invested in Zoom, you are probably doing really well financially right now.

So if you have read this far I ask you, what is ‘normal,’ and what do we gain from trying to hastily return to it?