It is clearly election season. With the Big Ten Voting Challenge in full-swing, signs encouraging students to register to vote clutter the walls of every university building. What feels like every single day there is either a person on the street asking, “Did you register to vote yet?” or an event at the library with very kind but overly enthusiastic city volunteers informing everybody of how easy it is now to register to vote. Not only is registering to vote as easy as one-two-three, but it might soon become an automated process. Many states, like Oregon, Vermont, California and most recently, Massachusetts have already adopted what is commonly referred to as Automatic Voter Registration.

How does it work? Though every state is slightly different, the premises are simple: With help from the state’s Department of Motor Vehicles, all voting-eligible, non-felon citizens become automatically registered to vote through qualifying interactions at the DMV. It’s an “opt-out” system, meaning if someone does not want to be registered, they can just say so and they will be unregistered. It gets people past that first step required of being a participant in a democracy. Recently, the Tony Evers campaign posted a press release introducing Evers’ “Government for Us” agenda, and in it, he declared his desire to “make voting easier by supporting automatic voter registration.”

To fairly assess the principles of AVR and its value, it is proper to assume the best: That all the technical glitches are not a problem, that every state can easily transition and all the levels of government can work together to enact the program. Feasibility issues usually do work themselves out in the long run, so it would be a fool’s errand going through such concerns.

That being said, two strong arguments for AVR stand out, as discussed by the Brennan Center for Justice: convenience and modernization. The convenience argument says that if x becomes easier to do, more people will do x. AVR makes registering to vote extremely easy; a person basically just needs to visit the DMV once to make it happen, and those registration records remain with that person, even when they change address. What follows is that this will help people overcome barriers to entry and get out to the polls in higher numbers. The problem with this argument is that it is invalid if it concludes that more people will vote.

The problem with this argument is that it doesn’t guarantee that more people will vote. Registering to vote will get easier, but it will only make more people register to vote. The argument assumes people do not vote because it is inconvenient to do so. In fact, according to surveys conducted by the Pew Research Center, 25 percent of registered voters said the reason they did not vote in 2016 was that they didn’t like the candidates or campaign issues, while only 4 percent said registration problems. 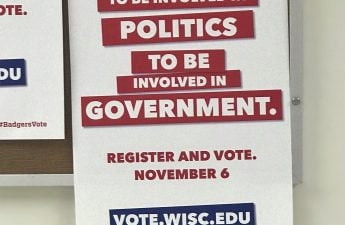 Disconnecting government from politics is not effective way to encourage votingElection day is right around the corner; in less than 50 days we will go to the polls and exercise Read…

The modernization argument says as citizens, we are already accepting of modernized forms of voter registration. This is now apparent in the city of Madison, where people can simply send a screenshot to an email address to prove residency. Additionally, Wisconsinites have the option to register online via a government website, My Vote Wisconsin. What is it to have just another easy way to stay involved in the democratic process?

Here is the problem with AVR, and it tends to be had by many conservatives and libertarians, unsurprisingly: the liberty argument. If the right to vote is so unquestionably valuable, then the right to be left alone ought to be equally valued. If voting is so essential to democracy, then it must be done without coercion, by the free choice of the individual. It is not sufficient to have the ability to opt-out because it will involve additional interaction with the government to get out of the system. While it is society’s hope that everyone participates in civic life, it is counterproductive to freedom to even suggest mandating participation. 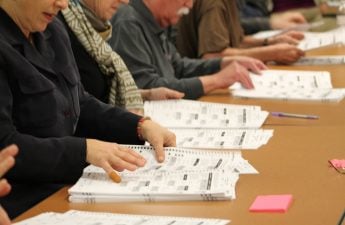 When looking at the basic structure of automatic registration, it is clear that AVR is a solution for the wrong problem; additionally, it infringes on the basic principle of freedom. Whether freedom is something citizens of this form of government are entitled to, of course, is a question for another time. For the time being, the best ways to deal with voter turnout will have to incorporate discussions about political apathy and the disconnect between candidates and voters.