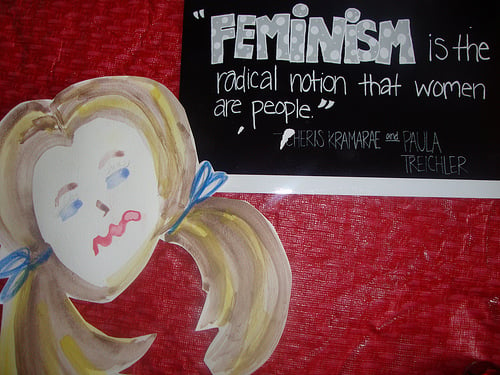 I know what some of you are probably thinking: “Oh no. Not again. Please! Not another article by one of those annoying, radical, men-hating, blood-thirsty, flesh-eating, evil feminists!” Well, I’m not exactly sure what dictionary some young people have been reading lately, but feminists are not to be feared.

According to the Oxford English Dictionary, feminism is “the advocacy of the equality of the sexes.” In my own words, I would define a feminist as a person who believes women deserve fair treatment and respect.

No, I do not have “Flower Power” buttons on my backpack, I’m not a die-hard Hillary Clinton groupie, nor do I believe in the whole “Free The Nipple” movement (I go to school in Wisconsin. It’s cold here. I prefer to keep my clothes on).

But I do not have to do all of those things to be a feminist. Feminism is about classic principles of human morality. Everyone should believe women are equally deserving as men of a life of opportunities and happiness. This idea is not a controversial political statement. 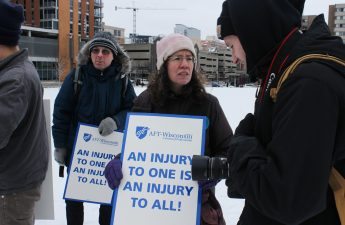 White feminism is an assault on brown and black bodiesFollowing the #Repealthe19th movement, Susan B. Anthony’s grave was littered with “I Voted” stickers in commemoration of the hero who fought Read…

Do you respect yourself as a woman? Do you respect your mother? Do you respect your sister? Do you care about any female in your life? If so, you should most certainly be a feminist. Feminism is not about women refusing to shave their underarm hair, hating men or believing women are superior. It is about gaining respect and rights that will assist women towards achieving a more equal chance to live a satisfied life.

You might fear the word “feminism,” but you should be aware it’s based off the simple notion that you should treat all other people, even women, with integrity if you wish to be a decent human being.

In the inspiring words of my favorite R&B artist, Kehlani,“every man has a fear of a strong minded woman.” Sadly, I have found this quote to be true in my own experience. Some men are afraid of seeing women succeed, because it is a threat to their own masculinity. Thus, they refute feminism as a defense mechanism. 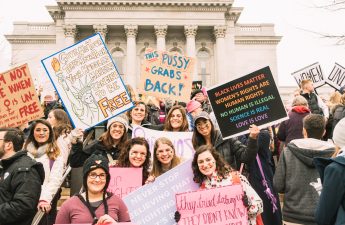 Women have been systematically oppressed because the possibility that female strength could overpower or accompany masculinity was far too terrifying. It was easier to establish male dominance if women were subjected to a lack of authority on a social, economic and political level. Yet, the most crucial level of degradation is that of the psychological level.

Women have created damaging views of themselves because of factors that reinforce the negative, inferior image of women in society. These factors include magazine covers, advertisements, movies, school curriculums and more.

I’ve seen it happen with my own eyes — young girls torturing themselves to look a certain way or act a certain way to try to gain boys’ approval. Without self confidence, young girls can’t simply feel worthy on their own. This lack of self esteem starting in women at a young age is imperative for the male-dominated culture to remain intact.

We need feminism because we cannot allow one young person to believe someone else should determine their self worth or that one person is inferior to another simply because of their sex. In an ideal world, equality would be a reasonable goal, but, unfortunately, equality in all aspects is a lot to ask for right now.

For now, I simply ask for equal consideration. When I apply for the same job as a young man, I pray they consider me for my qualifications to the same degree as they would his. When a young woman has a dream, no one else should squash her enthusiasm so much so that it discourages her from pursuing it. I ask for men to speak to me, a female, the same way they would want to be spoken to. No more objectification. No more condescending remarks. No more telling women they should “know their place.”

I want to live in a world where I will be able to speak my mind without someone simply dismissing me as a “bitch” before they even hear out my side of the argument. So, if you got through this entire column without sending me a hate email or mean comment, then I encourage you to help create a happier and safer environment for women. It’s really not that daunting of a task. All you have to do is listen, be respectful and be supportive.

Basically, don’t be an asshole.

Jill Kazlow ([email protected]) is a freshman intending to major in journalism.