One thing that’s a little weird about being a male feminist is that people always seem to congratulate or compliment you because you appear working in favor of someone else’s interests.

“Way to speak up for others!” they say. “You must have a lot of empathy,” others have mentioned in passing.

And while these things may (or may not) be true, I always feel a tinge of guilt whenever they’re brought up. The truth is I really do believe that men and women, all varieties of men and women and people that don’t identify as either should be equal. That’s real facts only. But another, say 44.2 percent of the reason I’m a feminist is because I, more than anything else on Kanye’s green earth, want to be a stay-at-home dad.

In other words, I’m selfish as hell!

But some might be asking, “Jeez Henry Long-Lastname” what does a movement about equality and removing gender roles have to do with your life goals to change diapers and take cute instas of curated baby outfits.

And I would say, and have said, “Pretty much everything, yo.”

Because I too am a victim of the patriarchy’s creepy, insidious desire to keep men as “the providers” for the family, and women as being in charge of the “domestic sphere,” this is to say relegated to child raising, food preparation and domicile cleanliness.

The thing is, I’m kind of about the whole kid-raising thing, and I definitely can make some solid scrambled eggs. My cleanliness skills are a work-in-progress to be honest. But the point is, the way society is structured, the patriarchy and its pesky entrenched gender roles are standing in my way of my goals of being a stay-at-home dad that freelances on the side.

Thus, as a sometimes rational, mostly emotional human being, I want them to be out of my way. And therefore, finally, I am a feminist. And a proud one too.

Bloated self-examples aside, being a male feminist just makes sense. Any perceived “plight” against men by society, mostly concocted by deplorable male right’s “activists”, are actually a direct product of the patriarchy.

Take child custody in the justice system, for example. Many cases pertaining to this often rule in the mother’s favor, even if the father is better equipped to parent the children. On one hand, one could perceive this as an inequality in favor of women.

On another cleaner, nicer and more temperate hand, one could and should perceive this as a result of the entrenchment of gender roles within our society. A.k.a the very thing feminists are against.

Another example is that when men are sexually assaulted, they too face their own problems with credibility. After all, men are supposed to want sex all the time, right? 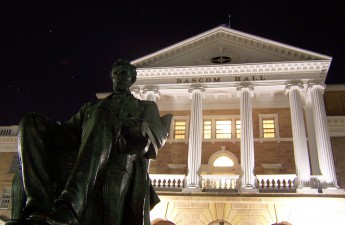 Whether at Stanford or UW, rape culture is everywhereThere are many heartbreaking, infuriating and otherwise deeply upsetting aspects about the case of the recently convicted rapist Brock Turner. Among Read…

So, my fellow men, if the ethical, humanitarian logic of everyone being treated equally, rape culture disintegrating and women not having to worry about discrimination on every level of our society doesn’t convince you to be feminists, let your own best interests!

With feminism, we’re simply all better off.