It is undeniable that this election is different from any other in modern American history. The unparalleled level of hostility between Democrats and Republicans is alarmingly high. It has become kind of scary.

I will not pretend that I have not contributed to that anger.

I am keenly aware that a good portion of what I write is divisive. I spend quite a bit of time — too much time — feeling irritated with conservative policies in Wisconsin and the current state of the Republican Party in this country. On top of that, I cannot stand Republican nominee Donald Trump and many of the things he stands for.

But as much as I personally and politically despise Donald Trump, and the fallacies and ignorance he has spread in the last year and a half, some of his followers’ views will have to be addressed regardless of who wins next week. 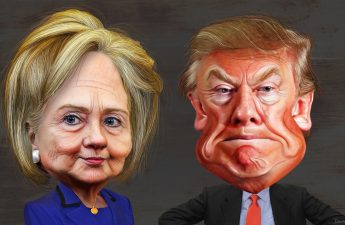 Time for logical fallacies to be addressed, dumped this election seasonLogical fallacy is defined by Oxford English Dictionary as “a failure in reasoning which renders an argument invalid.” Contrary to Read…

To be clear, I am not talking about the racist, misogynistic and bigoted attitudes that Trump and some of his followers exhibit. I have no interest in trying to reason with those that feel the need to blame women and minorities for everything. I would venture to guess that a good portion of the population in this country feel the same way I do about that.

But Trump supporters, like the rest of us, have real concerns about this country and its future. The way they express those concerns may not be acceptable to many of us, but their realities and fears for the future are certainly worth discussing in some cases.

So let’s try to do just that. Let’s actually try to listen to each other.

At the end of this election we are all still going to be here. We all still have to get up in the morning Nov. 9 and go to school or work. We will all still pay the bills, buy groceries and root for our favorite sports teams.

At the end of this election, we will all still be Americans, whether you like the president or not.

From the desk of the editor: Voting is a privilege not to be taken for grantedThis election season has been one hell of a ride to say the least. In many ways, this presidential race Read…

I certainly do not expect all of us on different sides of the political spectrum to sit down and sing Kumbaya, but our attitudes toward views different than our own need to change.

Our willingness to discuss, understand and compromise needs to improve.

That starts the day this election ends.

Find a friend you disagree with politically and invite them out for a beer. Try to listen and discuss rather than yelling incoherently at each other.

In all likelihood, it’ll help you to better understand their views. And if we can successfully do that, hopefully this will have been the first and last election of its kind. Knock on wood.

Even if it doesn’t help, you’ll be drinking beer and beer is awesome. At least that’s something that most of us can agree on.