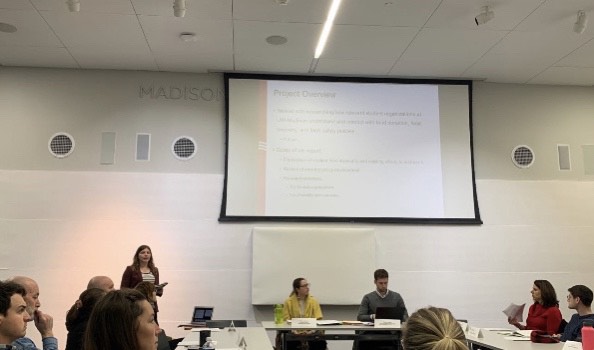 The Madison Food Policy Council heard a presentation from a University of Wisconsin graduate student about ways to lower campus food insecurity.

“There haven’t been many high quality efforts to understand the prevalence of food insecurity on the campus,” Rutstein said. 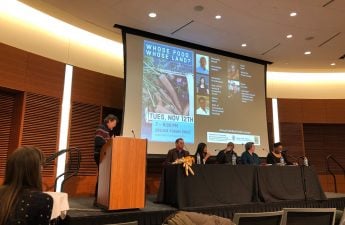 Rutstein said this information comes from only one question on one survey, so these data may not accurately capture the full extent of insecurity on campus, or any of the nuances of the issue.

There are several student organizations on campus working to end food insecurity, Rutstein said. These organizations are subject to regulations at the university, state and federal level.

“The sheer quantity of how many major policies are at play makes it hard for student organization leaders and volunteers to … understand what’s allowable and what’s not,” Rutstein said.

Rutstein found while conducting research that the university did not provide enough support to student organizations on campus that are working to limit food insecurity. 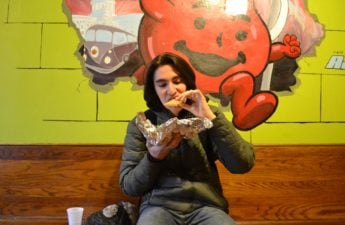 Restaurant managers, Wisconsin Union manager weigh in on locality of foodLocally-produced food items, popularized at the weekly Dane County farmer’s market, has potential to be used in restaurants. When it Read…

Rutstein concluded the presentation by listing recommendations to help fix some of the problems identified through the report. Some of Rutstein’s recommendations included improving how the university collects data on food insecurity and increasing food donation and resource locations on campus.

“I also suggested the administrators create a new online training module for new students entering the university system … about what food insecurity looks like and how to get connected to the right resources should you find yourself facing that challenge,” Rutstein said.

Rutstein also said stronger ties between the university, UW extension, student organizations and other outside organizations could help to streamline how students access food resources on campus. Rutstein will be graduating at the end of the semester.