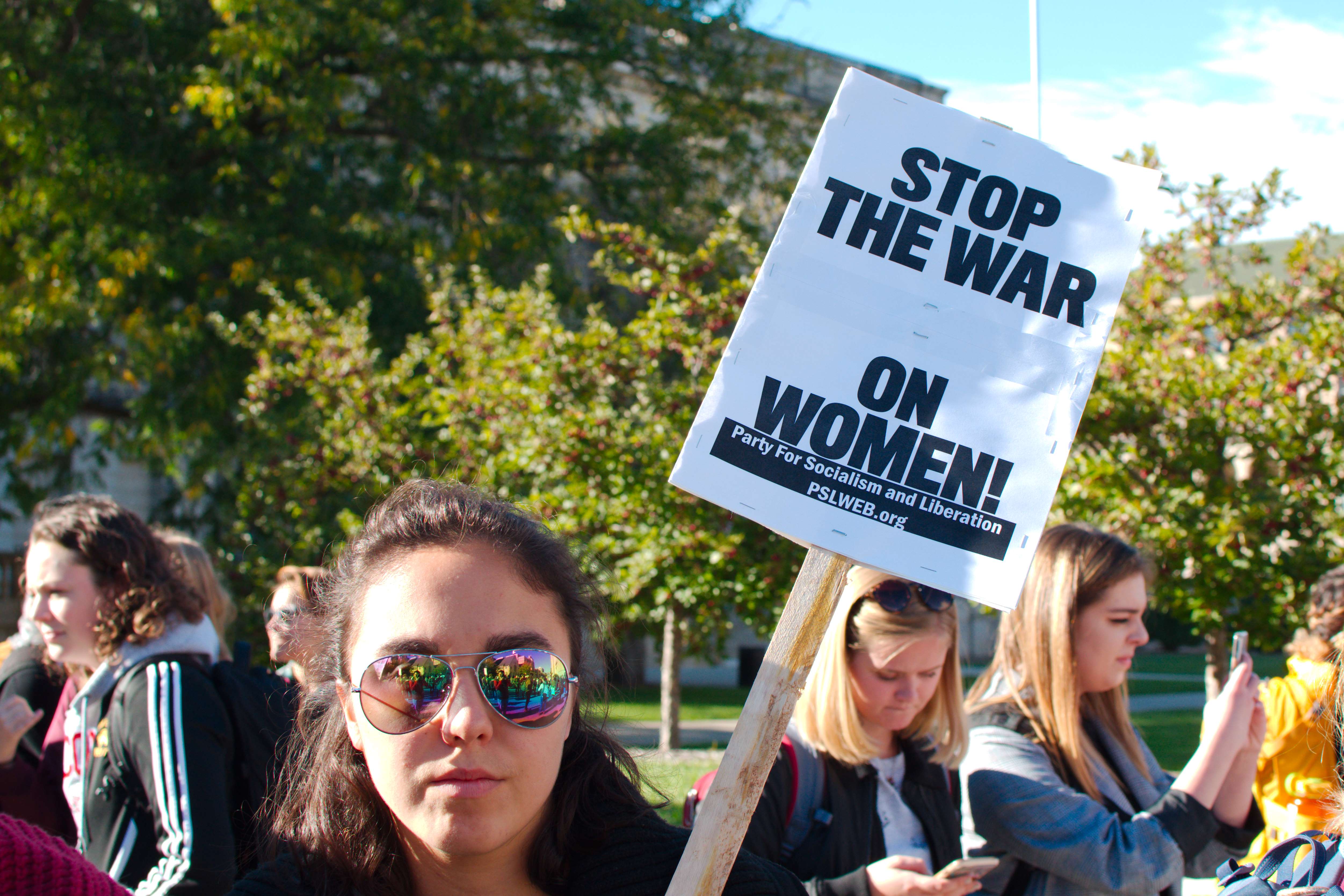 In the face of intense backlash from many sexual assault prevention organizations in Wisconsin and throughout the country, U.S. Secretary of Education Betsy DeVos recently proposed changes to Title IX protections which redefine sexual harassment.

DeVos’ proposed the Title IX changes in mid-November. According to a U.S. Department of Education press release, her proposal will “provide clarity for schools, support for survivors and due process rights for all.”

The most prominent modification in the proposal is a change in the definition of sexual harassment.

According to the Rape Crisis Center, sexual harassment is defined under current Title IX protections as “unwelcome conduct of a sexual nature.” DeVos suggested modifying the definition to “unwelcome conduct on the basis of sex that is so severe, pervasive and objectively offensive that it effectively denies a person equal access to the school’s education program or activity.”

The Dane County Rape Crisis Center said the difference is that the new definition would make it more difficult for victims to prove that their experience falls under the term “sexual harassment.” Under the new rule, if a victim were to return to school, the sexual conduct isn’t technically denying their education — so it would no longer be considered sexual harassment.

According to the Rape, Abuse and Incest National Network, 11.2 percent of college students are victims of rape or sexual assault. However, only about 20 percent of sexual assault cases on campus are reported, leaving the overall percentage of student survivors to be much higher.

The RCC opposes all of DeVos’ proposed modifications to Title IX, claiming the changes will actively discourage victims — specifically students — from coming forward and reporting assault.

“In the time of #MeToo and #TimesUp, with all the growth our country is continuing to achieve to stop sexual assault and harassment from growing, this is particularly offensive to us at the Rape Crisis Center,” the RCC statement said.

RCC added that the current administration should instead look for new efforts to end sexual assault on campus and find avenues to make reporting sexual assault less daunting. According to RCC, DeVos is doing the opposite.

RCC Executive Director Erin Thornley Parisi said the RCC believes the proposed changes will be a deterrent for victims to report sexual misconduct, and that the DOE would backtrack progress made in the rights of victims on college campuses.

“I am hoping that the university will take as strong a stance as possible against the changes,” Thornley Parisi said. “I hope they’ll use their discretion to their fullest ability to make sure that the rights of victims are still paramount.”

Additionally, under DeVos’s proposal, accused individuals would be allowed to appeal and cross-examine their accuser through an intermediary. The RCC believes DeVos’s proposal shows extreme distrust in victims and opens an opportunity for re-traumatization of survivors.

University of Wisconsin spokesperson Meredith McGlone said the university is still trying to understand how the changes may affect the UW System and procedures on campus.

UW Chancellor Rebecca Blank said Friday that the university has developed timely policies and practices — including effective prevention, survivor support and accountability efforts — to ensure the campus is free of harassment and violence.

Ian Henderson, director of systems and policy at the Wisconsin Coalition Against Sexual Assault, said his organization’s biggest concern is that schools will be let off the hook from addressing sexual harassment occurring at their institution.

“It seems that the proposed rule changes really don’t have survivors’ interests at heart,” Henderson said. “It’s more about educational institutions and relieving them of responsibility.”

Unitypoint Health Forensic Nurse Examiner Program, a program partnered with UW Health that works with victims of sexual assault begin the healing process, reported that the proposed changes would essentially move any progress regarding the rights of survivors backward.

FNE described how during a time where society is trying to support survivors, the proposed changes would be detrimental to the progress being made in the fight for equalities for victims.

Public comment on the proposal opened on Thursday. Anyone can submit comments to the DOE and to DeVos until Jan. 28 of next year.