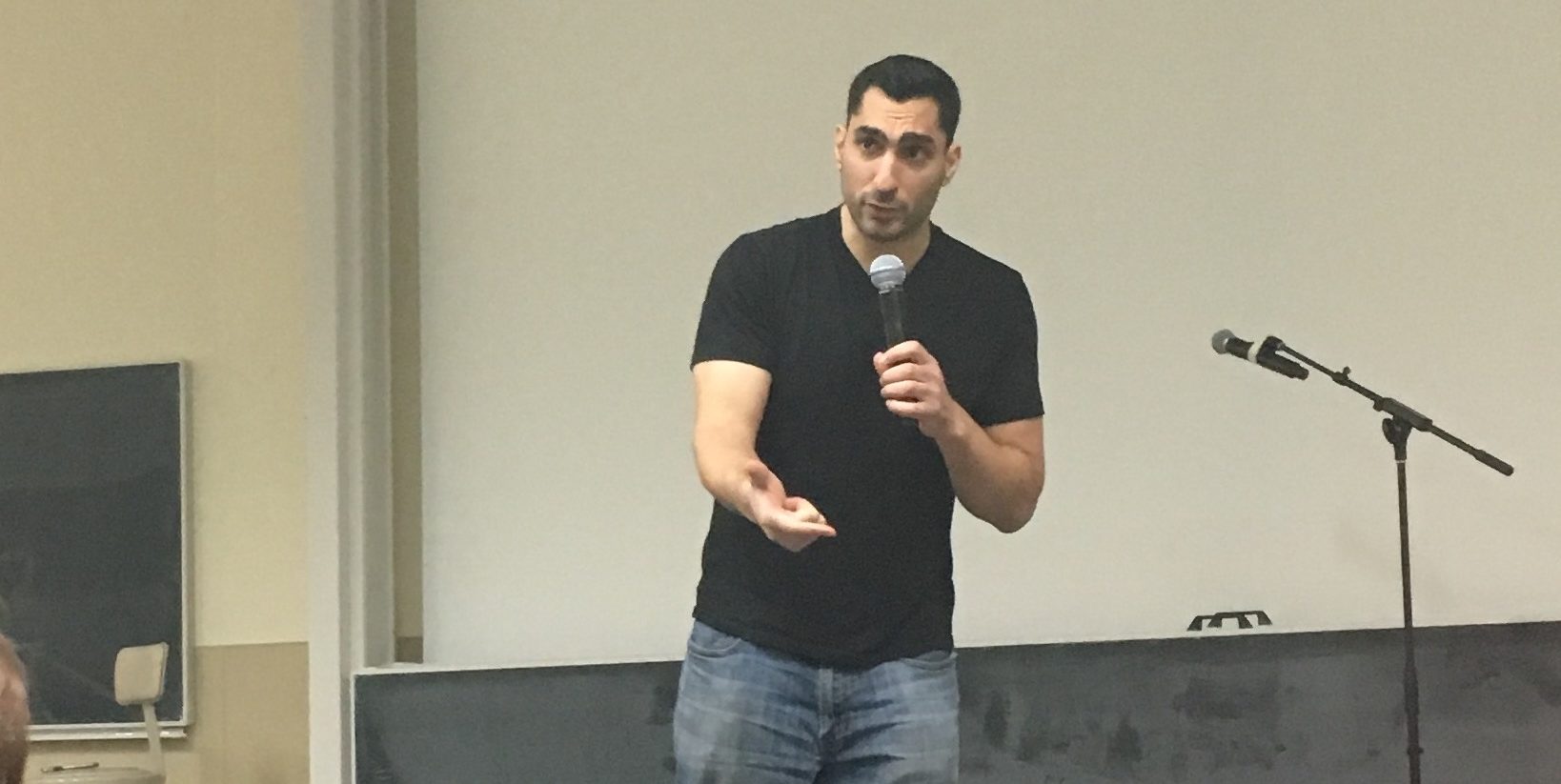 After a series of performances centered around social justice, Palestinian-American poet and writer Remi Kanazi discussed this week’s proposal to the Associated Students of Madison to support university divestment from corporations associated with human rights violations.

The proposal, spearheaded by student organization Society for Justice in Palestine, asks UW to divest from nearly 20 corporations, including Wells Fargo and Lockheed Martin. After hours of open forum and debate last week, ASM indefinitely postponed a vote on the legislation.

The Wisconsin United Directorate: Society & Politics and Students for Justice in Palestine welcomed Kanazi on campus, despite opposition to his appearance from groups such as SJP Uncovered.

Kanazi shared his thoughts on the Israeli-Palestinian conflicts from the viewpoint of a Palestinian-American using a mixture of humor and seriousness at the “Spoken Word Justice” event Friday. 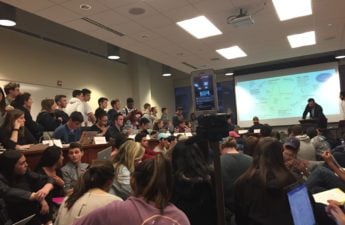 Alex Steiner, a half-Jewish student attending the event, asked for advice regarding the conflicts she has with her friends and the divestment proposal.

“I got invited to speak on Wednesday at the forum about the  [divestment proposal] and I was scared to say that I’m totally not down with that,” Steiner said.

In response, Kanazi advised students find people in the same situation with whom they can identify. All situations with friends are context dependent, he added.

Joe Evica, a UW graduate, asked Kanazi if he thought the apartheid in South Africa is comparable to the situation in Israel.

Multiple students at the ASM forum Wednesday brought up this comparison.

“Apartheid South Africa and Palestine is not a carbon copy,” Kanazi said. “There’s a lot of similarities and differences.” 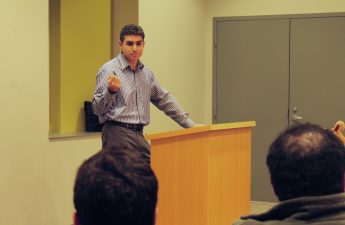 Expert says Trump’s future with Israel is a mystery, even to himselfLess than a week of Trump’s new administration has already brought changes domestically, and a group of students gathered Wednesday to learn about Read…

Shaadie Ali, a research assistant at UW, said while some believe divestment is good, the academic boycott is difficult to understand because it’s “unnecessarily divisive.”

All in all, however, Kanazi urged audience members to vote yes for divestment proposal when the vote comes up in the future.

“The academic boycott is not divisive because it does not target individuals,” Kanazi said. “The boycott is of the institutions themselves.”

This article has been updated to accurately reflect Alex Steiner’s religious identity specified at the event. The Badger Herald regrets this error.