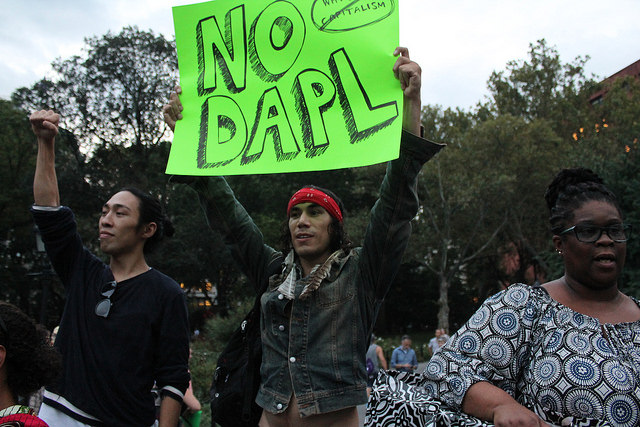 Members of the 350 Madison Climate Action team are organizing a road trip to the Standing Rock camp in North Dakota this weekend to protest the Dakota Access Pipeline and deliver food to fellow protesters.

The 350 Madison Climate Action Team is a local group of the international climate action organization 350. 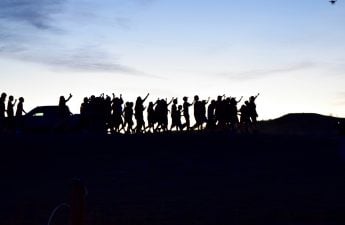 Janette Rosenbaum, 350 spokesperson, said 12 UW students will be joining Standing Rock “Water Protectors” who have been blocking the route of the Dakota Access Pipeline across their sacred lands and water resources to prevent further construction.

“Hundreds of people have been arrested, so they need as many people to go there as possible to continue holding these campgrounds,” Rosenbaum said.

Lauren Peretz, UW senior in biology and sociology, said this group of people prefer to be called “Water Protectors” because they are only protecting their land and livelihood.

“This is basically people standing up for their human rights,” Peretz said. “Native Americans have been degraded and taken advantage of for hundreds and hundreds of years.”

The pipeline is planned to cross the Missouri River, the primary source of drinking water not just for Native Americans, but also for thousands Americans downstream.

The continuance of this protest is what makes this different than other environmental protests, Rosenbaum said. People have been camping out for months opposed to day protests.

Peretz said the pipeline was originally intended to be built outside of Bismarck, North Dakota.

“Basically what happened is white people were afraid of water poisoning, so they decided to move it downstream to where it would poison brown people’s water,” Peretz said.

This pipeline is more than just an environmental issues, it has become one of human rights and public health, Peretz said.

UW students will be hosting a food drive at the Sierra Club, 754 Williamson St., Madison. at 4 p.m. Thursday, a day before they drive to North Dakota. They will be delivering these foods which includes eggs, cheese, fresh fruits and vegetables and lunch meats to the Water Protectors.

Money donations will also being accepted. Over $1,000 has already been donated, Rosenbaum said.

“I think these students are doing a really brave thing,” Rosenbaum said. “This is not just a march in the streets where you go home at the end of the day. This is really putting yourself at risk.”