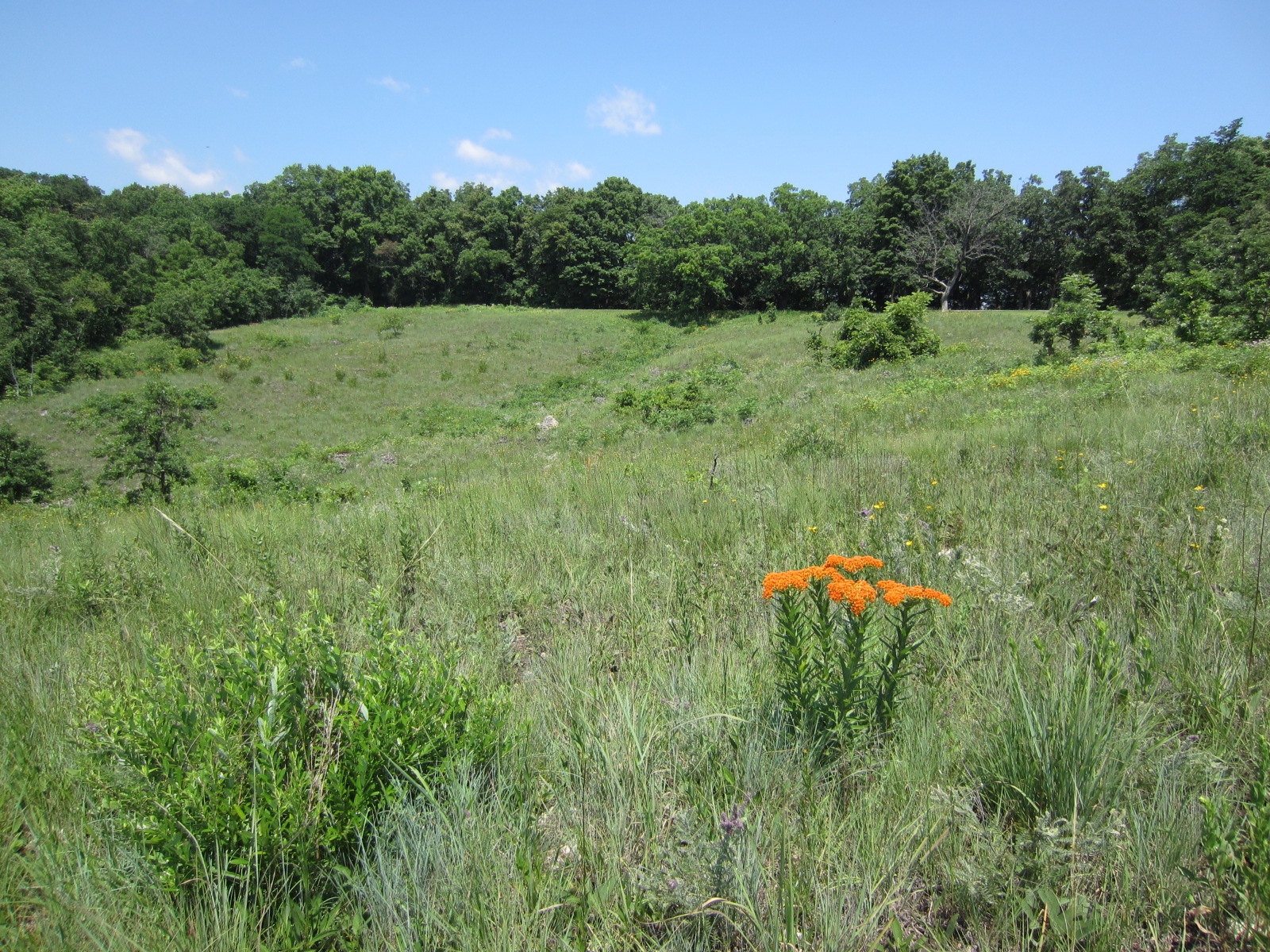 During his time as a civilian researcher in Haiti during World War II, John Curtis, a former University of Wisconsin professor of botany, was astonished by the changes in vegetation happening at the time.

He was concerned unique native species were vanishing forever and introduced species were taking their place — a pattern seen today in Wisconsin’s prairies.

When Curtis returned to University of Wisconsin after the war, he began planning a “systematic study of vegetation throughout Wisconsin.” Between 1947 and 1956, Curtis and colleagues walked the entirety of more than 200 prairie sites in Wisconsin, surveying plant species composition.

In 1987 and 1998, existing prairies were surveyed again, comparing results to those that Curtis found three decades earlier. The results of a third round of analysis, led by Amy Alstad, a UW graduate student in the Damschen Lab, were published Feb. 19.

“The number one finding is that the pace of change that’s happening in the plant community is speeding up,” Alstad said.

The study shows the identity of prairie plant communities changed more drastically between 1987 and 2012 than between 1950 and 1987, despite the longer gap between the first and second round of surveys.

The study also found while the overall number of species hasn’t changed much, native plant species are being replaced by introduced species — mostly woody shrubs, bushes and fast-growing trees, Alstad said. This is due to a decline in prescribed fire — the intentional burning of a landscape, which is a common management practice that encourages the growth of native vegetation in prairie landscapes in Wisconsin and beyond.

Plant species native to prairies are able to easily withstand fire, but introduced species often are not, Alstad said.

“If you start losing fire, what happens is you get more and more of these trees and shrubs establishing and then they shade out the wildflowers and grasses,” she said. “So the lack of fire allows woody vegetation to move in and then the woody vegetation starts out-competing the native species that you see there.”

If native species around the world were displaced by a few invasive species, that would drive down the total number of species in the world, Thomas Givnish, co-author of the study and professor of botany at UW, explained.

Fires were rare between 1950 and 1987, but have increased since then, according to the study. Not surprising to the researchers, sites that experienced more frequent fires were met with fewer extinctions and fewer changes in floristic composition.

In some instances, prescribed burning came in form of arson, Alstad said. Unidentified Wisconsin residents who knew prairies benefit from fire snuck out in the middle of the night and took it upon themselves to do the burning.

“In some ways, that’s also prescribed fire. But some cases are, shall we say … more legitimate than others,” Alstad said.

Givnish said increasing the use of prescribed burning is crucial to protecting Wisconsin’s prairies in the future.

“Managing sites with fires does tend to maintain diversity and exclude exotic species, so clearly we have to do that,” he said.

The study found in addition to fire frequency, the physical size of the prairie site also proved significant in terms of extinction and colonization.

It was previously thought the area of a site was unrelated to species composition, but the study found that larger prairies are now better suited to fight extinction and maintain more of their original species diversity.

Alstad and her colleagues aren’t exactly sure why that is, but it likely has something to do with the species-area relationship  — the idea more species are found in larger areas.

According to the DNR, tallgrass prairies are among the most threatened plant communities in the Midwest and the world. Most prairies here today are small remnants of their former selves, unable to support the full range of species native to prairie ecosystems.

Alstad said she believes it’s important to preserve what we have left of prairies in Wisconsin because there’s so little of it.

“I worry that if we don’t start managing the prairie that we have left right now, especially with this increased pace of change, that it’s not going to look like prairie in another couple of decades,” she said. “The window of opportunity is closing.”