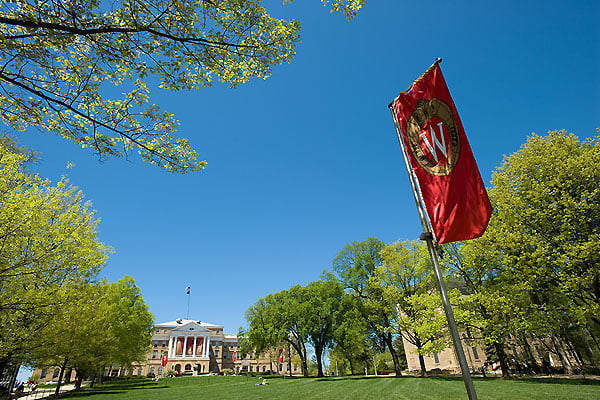 For what was expected to take at least three years to match in donations, Badger alumni stepped up to invest in University of Wisconsin’s future by matching the John and Tashia Morgridge’s gift in seven months.

Last November, the Morgridges announced they would match up to $100 million in donations to UW. Since that time, more than 1,000 people donated $125 million, a number the Morgridges agreed to match, bringing the total donation to $250 million. 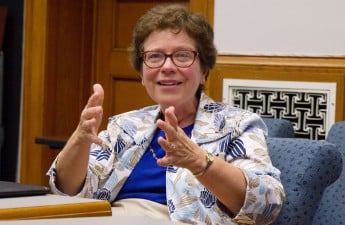 Record-setting game along with historic donation makes for an exciting weekend for UWAfter a record-breaking weekend, Chancellor Rebecca Blank expressed excitement over both Melvin Gordon’s performance Saturday and the announcement of a $100 Read…

The money donated has been endowed, and UW will use the interest from that endowment in two primary areas: faculty salaries and research resources, UW Chancellor, Rebecca Blank said.

The money, however, will only be able to cover some faculty salaries. Additionally, the money used to provide research resources will allow faculty to start new projects and travel to conferences to share results without having to raise grants, Blank said.

“It’s great money for starting new projects, for bridging across funds and it’s why our top faculty get this support,” Blank said.

College of Letters and Science Dean Karl Scholz said the funding match has not only benefited the recognition of top faculty members, but has given faculty a sense of confidence that UW alumni care enormously for the university.

“It’s a great honor and now we will be able to touch many more faculty members by giving these awards, and [the gift] also provides additional support for endowed chairs for research resources,” Scholz said.

Already the gifts from the match have begun, and UW has given a handful of faculty renewed support, Scholz said.

One faculty member who has already received the award is Larissa Duncan, an associate professor of Human Development and Family Studies.

Duncan said the gift has allowed her to bring her applied research program to UW to help foster healthy families and children through mind-body well-being approaches.

“This gift permits me to do the important work to translate the science of mindfulness and stress reduction to community application,” Duncan said.

She is now able to devote more time to students, develop family programs and train UW-Extension educators in helping their communities.

There are no words big enough to express our gratitude so we humbly say thank you John & Tashia Morgridge http://t.co/NNsiL4khAg #grateful

As Duncan said, after a year of much negative national attention to UW, the match is able to help show the university’s continued support from its many supporters in highlighting the potential benefits of scientific research in community settings in Wisconsin and beyond.