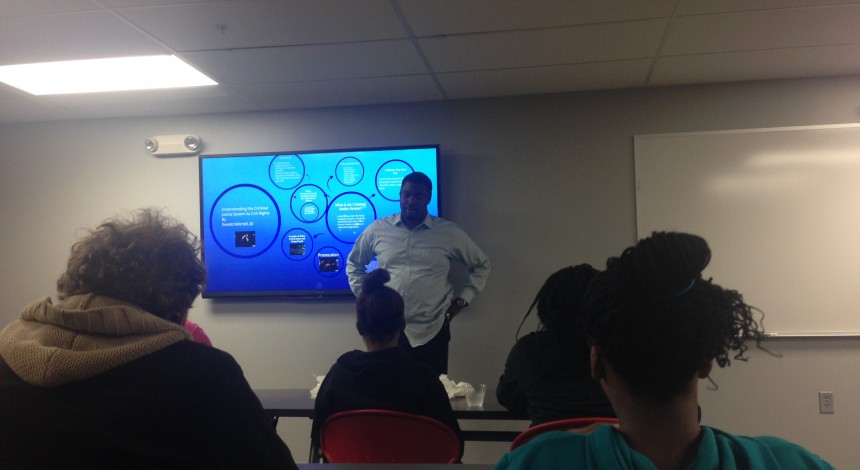 Amid recent protests following the fatal officer-involved shooting of Tony Robinson, pastor and attorney Everett Mitchell sought to educate Madison’s youth and community on their rights when interacting with police.

Members of the Madison community gathered Tuesday night to hear Mitchell, who’s also director of community relations at the University of Wisconsin, discuss complexities of the criminal justice system.

Mitchell educated audience members through example and experience on the three components of the criminal justice system: police interaction, charging and sentencing. He also spoke on the rights citizens have when dealing with the police, especially youth.

“I see understanding our criminal justice system as part of our civil rights,” Mitchell said.

With added significance due to Robinson’s death, Mitchell explained how to face police when protesting.

Mitchell spoke from experience as a former prosecutor and underlined the importance of silence when dealing with the police and the conversation methods policemen use to extract confessions from citizens without detaining them.

To emphasize his point, Mitchell played a clip from the television show Cops, in which two children incriminate themselves because they were unaware of their rights.

“You don’t have to talk to the police except to identify yourself,” he said.

Mitchell spoke on the practice of prosecutorial discretion in Madison, in which a single prosecutor makes a decision on whether or not to charge people. In other cities, several prosecutors are required to review a case before arriving at a decision.

He illustrated the many factors that go into making the decision to charge a suspect. He demonstrated this by going through a mock crime and deciding whether or not the person should be charged.

Mitchell explained the criteria prosecutors use when determining charges, saying it must be probable that a crime occurred and that the suspect committed it.

Mitchell also highlighted the influence wealth has on whether a person is charged with a crime. Wealthier suspects have the opportunity for their lawyer to talk with prosecutors to drop the charges whereas poorer individuals do not this opportunity, he said.

Madison has a smaller amount of crime when compared with larger cities, according to Mitchell, so smaller offenses are charged more often, disproportionately affecting poorer members of the community.

Mitchell stressed the need for more black judges to be appointed to Dane County courts to better represent the community.

“We have kids that get out of foster care… and once they turn 18 [the criminal justice system] pulls the trigger,” he said