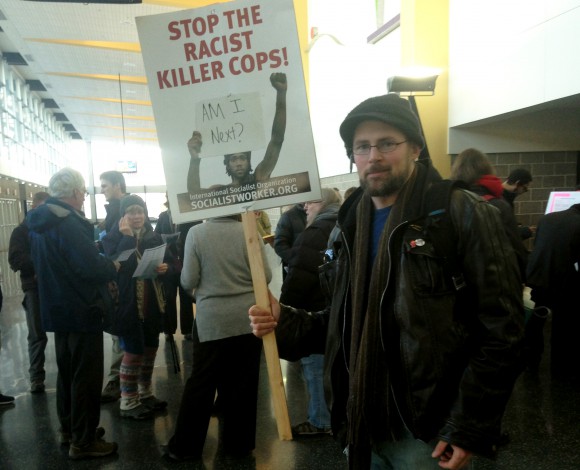 After a heavily-protested proposal for a new Dane County Jail was struck down four months ago, an alternative option addressing problems of mental health, racial disparity and overcrowding is on the table.

With signs reading “Black Lives Matter” and “Build People Not Jail,” the Young, Gifted and Black Coalition protested the public hearing to renovate the Dane County Jail on Tuesday at the Alliant Energy Center.

Such solutions would include fixing locks and increasing the number of beds for mentally ill inmates, who currently reside in solitary confinement due to overcapacity, Sharon Corrigan, the Dane County supervisor who sponsored the proposal, said. The resolution will be more comprehensive than just changes to the building, she said.

“You can’t just be talking about space needs,” Pan said. “Policies themselves are where many of the problems are originating.”

Paul Rusk, chair of Dane County’s Public Protection and Judiciary board, was one of several officials involved in drafting this new resolution.

The resolution will focus on improving conditions within the jails, reducing the current racial disparities and providing better treatment options for people with chronic mental health problems, Rusk said.

Bonnie Loughran, executive director of Dane County’s chapter of the National Alliance on Mental Illness, is concerned for mentally ill patients who end up in solitary confinement. Inmates who seem to be a harm to themselves or others are usually brought to solitary confinement, which is rarely beneficial, Loughran said.

The Sheriff’s office is currently working to train officers to identify when an inmate is suffering some sort of psychiatric crisis or are mentally ill, Loughran said.

“People who are mentally ill behave differently than people committing crimes. The people who go to these scenes need to know the difference,” Loughran said. “We are in desperate need of another place for people to go to be safe if they can’t go home.”

The resolution proposes funds to create work groups of criminal justice officials and community members, specifically people of color, who the criminal justice system affects most, Pan said. The work groups would analyze and recommend policy changes in the areas of mental health inmates, length of stay in jail and alternatives to incarceration, he said. 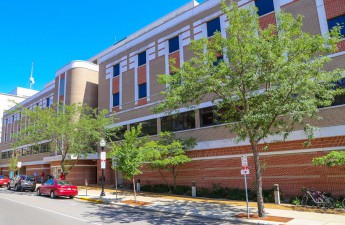 The work groups would collaborate with a corrections design company that Dane County hired a few years ago to investigate jail space needs, Corrigan said.

But these initiatives were not enough for protesters gathered outside the meeting.

The Young, Gifted and Black Coalition said in a statement while some proponents of the resolution were strong, they did not want a new jail or increased jail spending. The coalition also demanded in the statement the release of 350 black inmates incarcerated due to crimes of poverty, an immediate end to solitary confinement and investment in black-led solutions.

“The only way to address the racial disparities is to release 350 black people or incarcerate 6,000 white people,” another organizer, M Adams, said.

The money saved from releasing the 350 prisoners could be used to fund the building needs the resolution called for, Grayson and Adams said.

Various speakers from Young, Gifted and Black Coalition encouraged their fellow protesters to speak up in the meeting and register in opposition to the resolution.

“It’s all or nothing,” said one vocal protester, Alix Shabazz, “We’re not going to stop until they give in.”