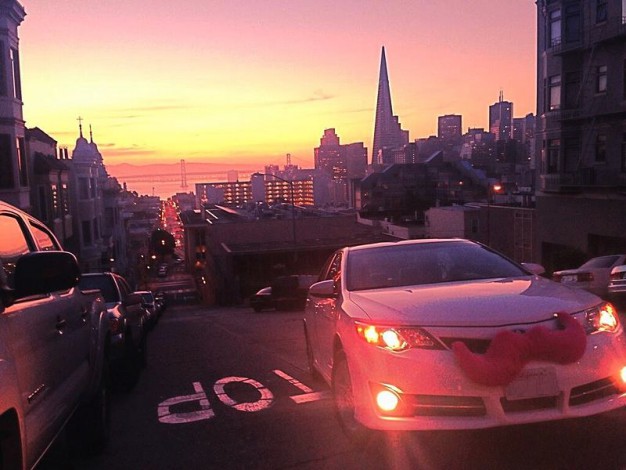 A new proposal from Madison Mayor Paul Soglin would treat rideshare companies Uber and Lyft like taxi companies, requiring them to operate at all times and prohibiting them from charging customers higher prices during peak hours.

“Anyone who transports people for hire will uniformly come under these ordinance changes,” Soglin said in an interview.

Soglin, for example, wants Uber and Lyft to fall under the 24-hour service requirement for taxi companies. His proposal also standardizes rates and prohibits surge pricing, where the rideshare companies charge more during busy hours.

Resnick said those provisions in Soglin’s plan, as well as another regarding insurance, would “create major conflicts [that] would not allow Uber and Lyft … to open in Madison.”

Uber and Lyft‘s arrival in Madison this year has sparked debate on whether the companies should fall under the city’s taxi regulations — which the rideshare companies oppose. A handful of citations to drivers this year have not stopped the companies from operating.

Both the Soglin and Resnick proposals require rideshare drivers get licenses from the city and go through the same background checks for city taxi drivers. Both proposals also allow only traditional taxi companies to use taxi stands and be hailed down on the street.

Resnick’s proposal, however, removes the 24/7 operation requirement for taxi companies, instead requiring at least one company to be operating at all hours.

Resnick proposed an insurance model similar to one in Minneapolis, which allows for varying coverage, while Soglin called for a $1 million insurance policy at all times. Resnick’s plan also allows companies to use surge pricing, while Soglin requires standard rates.

“The mayor’s proposal is inflexible,” Resnick said. “Mine is flexible.”

Soglin also proposed rideshare companies have an office in Madison and for all vehicles to display a marking to identify the company cars and rates. Soglin said having an office in Madison will allow inspection of business records so the city can be aware of improper denial of service.

“Passengers who have a history of not paying, passengers who are belligerent, can be denied service,” Soglin said. “But without the ability to maintain and inspect records, there’s no protection against discrimination.”

Debate on the two proposals will go through committees first before reaching the full City Council.