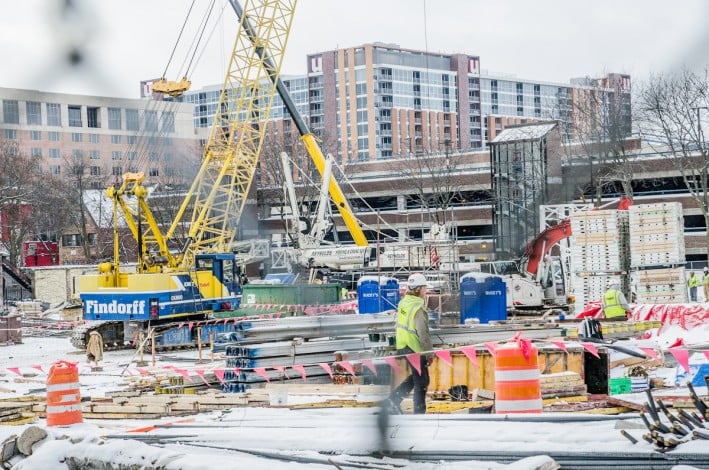 As Dane County faces worker shortages and underrepresented members of the community suffer from high unemployment rates, a group of contractors and labor representatives are partnering to connect workers with trade jobs.

Project Big Step, an effort to collaborate on the issue of worker shortage and unemployment, was announced earlier in the week, and a variety of community groups have expressed interest in working with the program.

Dane County Executive Joe Parisi said the overall community response to the project has been positive. Community organizations, contractors and laborers are coming together, he said.

Parisi said the program also seeks to address racial disparities in employment and the lack of representation of certain populations in the workforce. There is a high employment gap for black residents in Dane County, he said.

Greg Markle, executive director of Operation Fresh Start, said the the organization is collaborating with Project Big Step to reach its goal of linking people of color and people who are impoverished with opportunities in the construction field.

Operation Fresh Start generally works to help disconnected youth between 17 and 24 work toward careers, Markle said. Their goal is to link people of color and people who are impoverished with opportunities in the construction field, he said.

“We hope to have about 20 people a year through our organization join the ranks of Union construction works through this,” Markle said.

Markle said he thinks the project will affect the City of Madison positively because a big construction boom is beginning. Projects in Dane County range from public projects to apartment complexes and housing roads, which he said keep the economy strong.

Markle said one of the biggest positive effects of the project would be hiring local people for jobs.

“Construction jobs are good jobs that help us sustain wage and provide connection through their apprenticeship system to a union job which provides a lot of security and opportunity,” Markle said.

Markle said he thinks Project Big Step will provide a opportunities for youth to get good paying jobs.

Another group collaborating with Project Big Step and Operation Fresh Start is Workforce Development at Urban League of Greater Madison.

Deirdre Hargrove, vice president of the Workforce Development at Urban League of Greater Madison, said the league has historically helped black residents receive jobs, but are willing to help anyone improve skills to increase chances of returning to the workforce.

Hargrove said the organization focuses on jobs, housing, education and providing help to people within those areas.

Hargrove said the Urban League has developed a foundations program specifically designed to help people in trade jobs improve skills in teamwork, communication, professionalism and attendance. The organization has been studying the gaps in skills of trade workers with the goal of improving these skills to help people secure jobs, she said.

Parisi said a strong infrastructure is vital to a healthy community.

“The construction industry has good paying, family-supporting jobs available,” Parisi said. “These jobs can provide a good paycheck to people who will reinvest it right here at home.”