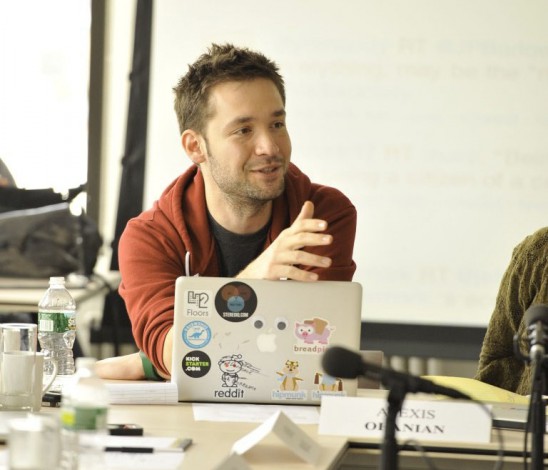 Reddit co-founder Alexis Ohanian will visit campus Thursday as part of the Union’s Distinguished Lecture Series to discuss his advice for entrepreneurial students and his new book, “Without Their Permission.”

Ohanian spoke with Purdue students Feb. 17, emphasizing that he was once a college student, just like them, who had no idea what he wanted to do, the Purdue Review reported. Ohanian is now the author of a Wall Street Journal bestselling book, co-founder of a top 50 U.S. website and a serial start-up entrepreneur.

Ohanian, a graduate of the University of Virginia, majored in business and history with a minor in German, his website said. Ohanian had planned to become an immigration lawyer, but realized during his junior year that he wanted to start a business.

This epiphany occurred in a Waffle House, his website said, an anecdote students at the University of Illinois at Urbana-Champaign seemed to have enjoyed from Ohanian’s speech there Tuesday.

"They're not only great for waffles, they're also great for epiphanies." #WTPbook

Ohanian now sits on the board at Reddit. He also continues to act as an advisor for Hipmunk, which he helped launch. His investment portfolio includes more than 80 technology startups.

Ohanian will be speaking Thursday in Union South’s Varsity Hall at 7:30 p.m. Attendance is free, and OP will surely deliver.