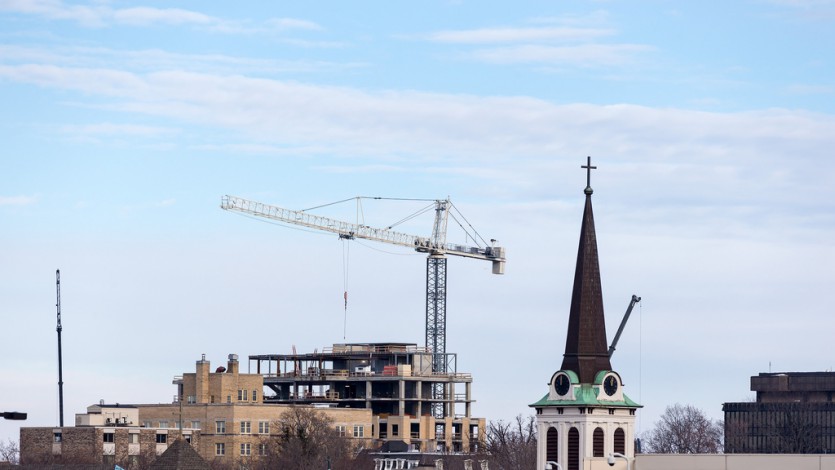 Parisi announced Project Big Step during a press conference, saying the county is in the midst of a skilled labor shortage.

He said the program will be a partnership between the building trades, contractors, labor unions, Madison Area Technical College and community organizations such as the Urban League of Greater Madison.

The Big Step program will assess upcoming construction projects and to analyze what skills trade workers and laborers may need to complete a certain job, Parisi said. He said this project will then feed people into apprenticeship programs so there will be training to match the description of the jobs most needed.

The challenge will be matching the demand for skilled labor with the people that are still looking for work, Parisi said.

He said the program also addresses racial disparities in employment and underrepresentation of certain populations in the workforce. He said there is a very high African-American unemployment percentage in Dane County, and Big Step is an attempt to address this imbalance.

“It is a problem that is statewide and nationwide but it certainly exists at unacceptable levels right here in Dane County too,” Parisi said. “So we want to do everything we can in our region to address the problem.”

Parisi said one of the problems with the construction industry in particular is the number of workers retiring compared to the low number of workers entering the field, which creates a demand for skilled trades workers.

Big Step will target workers who left the construction field during the recession and ensure they are brought back into and retained in the industry, according to a statement from the Executive.

The statement said officials plan to build and implement the program in the coming months.