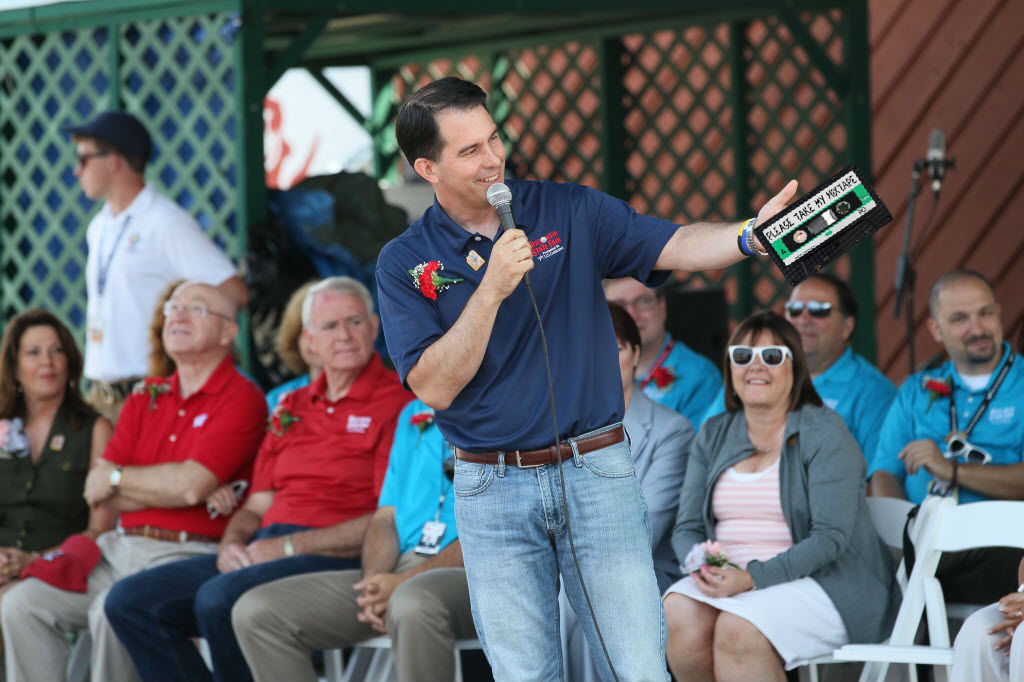 A lot of rappers are political, but no rapper has ever been elected governor of a state before. In the case of Gov. Scott Walker, this politician/hardened lyricist has the streets of Wisconsin bumping to his Soundcloud page.

Thankfully for the good people of Wisconsin, it looks like Walker might be about to drop the most fire mixtape of 2016.

Composed of 42 singles, Walker brings out his true talent when it comes to two minute policy talks.

He lays out some serious conservative heat on a number of tracks, but what’s notable is his tagline, “Hi, Scott Walker here.” This may be the catchiest ad-lib to surface since DJ Khaled decided to shout his own name in the beginning of songs.

Walker currently has a total of eight followers, so for an aspiring politician that’s really not bad. Walker tried to address that problem at the national stage earlier this year, but it looks like the music business may have eaten him up a bit preemptively.

Now his old rhyming partner Donald Trump is dominating the national scene, so either the country will see Walker board the Trump Train or the nation will see a major beef between the two.

Regardless, Walker needs you to “hit that MF follow button” on his Soundcloud so he can out policy Donald “Dank-old” Trump and out ad-lib the legendary DJ Khaled.