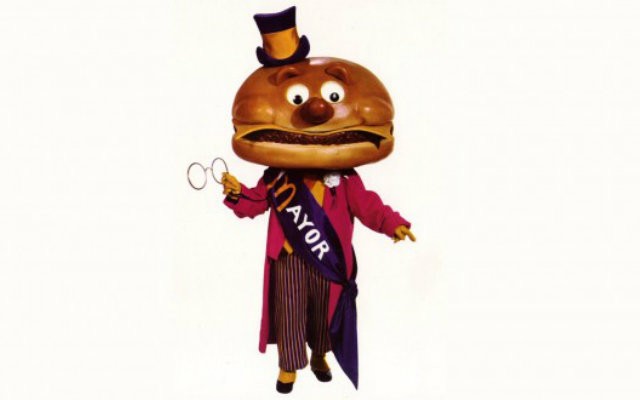 This election season has truly been one for the history books.

The time is now to make a decision — a decision that will decide the future of the world for the next four years.

This is why The Badger Herald Banter Staff has decided to endorse Mayor McCheese for the next president of the United States of America.

McCheese’s time in office has seen the rise and fall of both villains: the Grimace and the Hamburglar. He has defended the great state of McDonaldland for people to enjoy the good food of Ronald McDonald.

For 40 years, McCheese has been on the front lines of fighting these villains with community policing. Never has the Hamburgler been successful in thieving any kids meals, nor has The Grimace gotten away with even a single fry.

In all of these years of fighting crime in McDonaldland, Mayor McCheese has not stopped there.

McCheese has passed countless legislation to keep the price of Big Macs down as the Fed has inflated American currency over the past 40 years.

This even plays into McCheese’s role in international affairs, where he is a beloved leader in the 119 countries where McDonaldland has spread their food.

As for the people who complain there hasn’t been enough discussion of climate change, Mayor McCheese is your answer. He has been extremely outspoken about sustaining the apple pie trees and where he stands on the thick shake volcano pipeline.

Of course, McCheese’s scandal needs to be discussed because this is the next president of the United States that people are deciding.

McCheese lost a copyright infringement trial in 1973 against H.R. Pufnstuf for a similar look. The McCheese estate paid $1,000,000 in damages, but after looking at his long list of achievements this is merely a dent on his record.

Mayor McCheese has been retired now since 2008, but with the power of overwhelming public opinion, I believe that we, as Americans, can get the most qualified candidate on the ballot.

Please vote with your voice this Tuesday, but let this article speak to you on the possibility of a McCheese presidency.