With our first full semester with The Sylvee nearly in the books, the number of amazing shows in Madison increased considerably. In addition to underground hits we are accustomed to hearing in Madison, well-known acts now have  access to a venue that will allow them to perform here.

Additionally, continued use of large arena venues like the Kohl Center and Alliant Energy Center keeps high power acts coming back to Madison, and this semester was no exception. Here’s a look at our favorite shows from the spring semester. 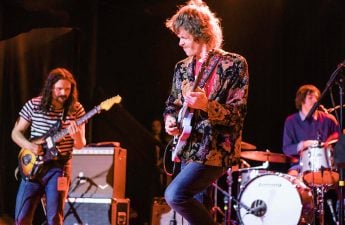 The Sylvee’s semester started out strong with a near-sold-out performance by Noname. The Chicago-based artist seamlessly blended rap, song and spoken word to give an amazing performance. The concert served as a point of unity for many returning students, as the high number of young attendees led to many familiar faces in the crowd. Indeed, Noname’s intimate show provided a great backdrop to kick-off the semester, and hopefully the Sylvee will provide a great venue for any of her return stops to the Isthmus.

With the basketball season over, the Kohl Center pivoted to its role as a concert venue and welcomed international sensation Mumford and Sons to its friendly confines. Host to a large crowd, the alternative band did an amazing job engaging everyone within the audience. Long-standing hits like “Little Lion Man” and “The Cave” filled the arena with energy, keeping spirits alive after spring break ended. 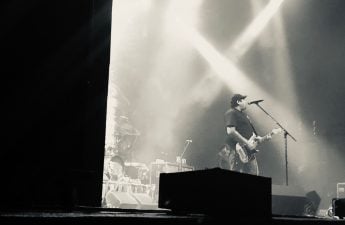 The jam-packed weekend continued over at the Alliant Energy Center with Weezer’s stop in Madison. While The Pixies were a rather underwhelming opener, Weezer mustered an amazing performance of throwbacks and covers, seemingly time-traveling in the process. Highlights of the evening included a barbershop quartet version of “Pork and Beans” and a Rivers Cuomo acoustic cover atop a sailing “S.S. Wheezer.” The concert was able to swipe away any allergy-induced blues to kick-off spring.

Right before The Sylvee took a brief hosting hiatus, Mitski curated an amazing environment at the hardened venue. A dramatically crafted performance, Mitski delivered raw emotion throughout her entire set. Songs like “I Don’t Smoke” and “Two Slow Dancers” resonated throughout the audience as they jammed along to Mitski’s emotive pieces.

But it wasn’t all rainbows and sunshine in Madison this semester. 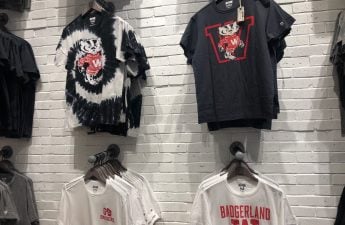 Bucky-centric fashion hits State Street in time for springWith the warming weather, it’s time to shed some coats and show off a new spring wardrobe. The only problem Read…

Restaurant closure is no stranger to State Street. As Badgers know all too well, you could be enjoying cheese curds at your favorite restaurants one day and banging down its forever locked door the next. But like every semester, we lost some good ones this spring. Here is a round-up of the restaurants that closed this semester to help you remember what used to be after more Poke restaurants open in their place.

“It was like Potbelly but better,” Bailey Thomas, University of Wisconsin junior, said. I loved the vibe. It was so much easier to customize your sandwich than other places, and I always got my food really fast.”

Hearing praise like Thomas’s was not uncommon. Unfortunately for Which Wich, it wasn’t enough. Their restaurant was further away from campus than other sandwich shops, which may have done them in. Whatever it was that forced them to close, Madisonians will now have to travel to one of the chain’s other locations or to other sandwich shops nearby to get their sandwich fix. 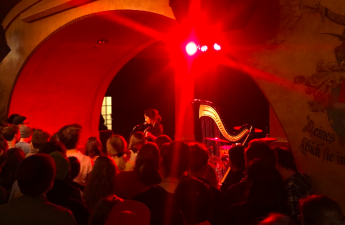 Possibly the most devastating loss of this semester was Glaze. Madison’s teriyaki restaurant located on the 500 block of State was a great place to grab take out or stay and eat. The offered a few meat and vegetarian options, as well as salads and Asian sides. They also had an ice cream machine that blended vanilla ice cream with your favorite cereal. This closure was also likely the most shocking. They were usually bordering on too busy. Sometimes it would take a long time to get your food, but it was all worth it for that delicious honey lemon dressing. Luckily for out-of-state Badgers, Glaze has locations in New York, Chicago and San Francisco.

The loss of Roast was a tough pill to swallow as well. Roast served American food at an affordable price — except for the nine dollar cheese curds, which was just offensive — and was a great place to enjoy a good meal with friends. Though Roast was loved by many UW students, its closure was not as surprising as Glaze’s. They changed the menu often and they were really only busy around dinner time. In fact, I found myself there among just three other people on more than one occasion.