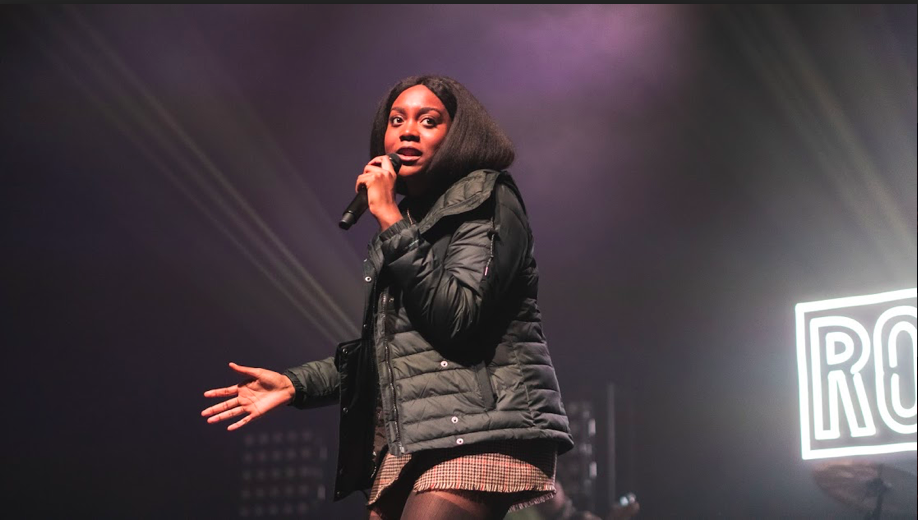 On a freezing cold Saturday in January, thousands of fans rushed through The Sylvee’s doors to see Chicago rapper and sensation Noname perform the last show of her nationwide Room 25 tour. Noname even took the time to remark her surprise at the number of people in the crowd who came to her show despite the weather,  keeping consistent with her humble, down-to-earth stage presence and overall demeanor.

Even though Noname is now a star in the music industry, seeing her perform live still felt like an intimate experience. She didn’t back down from performing her most vulnerable music and fed off the energy in the crowd all night. 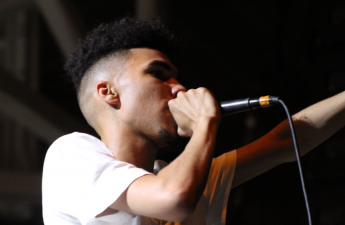 After Madison concert, rapper Denny Lanez continues to ‘Get the Bag’It might be cooling down outside as winter sweeps across the Midwest, but no one seems to have told Denny Read…

Elton, another Chicago rapper/singer, opened the show for Noname. He expressed his appreciation for Noname towards the middle of his set.

“She could’ve brought anyone but she chose me,” Elton said.

Elton’s giddy excitement about being given the chance to perform on one of the biggest stages of his career was one of many beautiful and humanizing moments throughout the show where the audience was reminded that performers are just people. 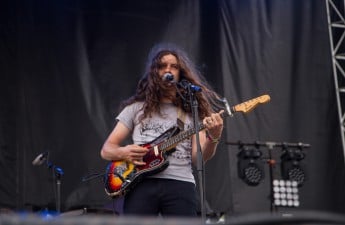 Though still a relatively unknown underground artist, Elton brought incredible energy and excitement to his set. I usually think of an opening set to a concert as a time-filler, an obligatory performance where the audience stands around and waits for the artist they really came to see. Elton’s performance did not feel like that at all. His youthful exuberance and rapping ability lit up the crowd and got everyone dancing and cheering.

When his set ended, many in the audience wondered who exactly Elton was, as they were genuinely impressed with his performance and wanted to hear more of his music. I am always happy when the opener is a new artist I’ve never heard of before and impresses me enough to want to check out more of their music. Elton is definitely an artist worth looking into if one wants to hear more of the new-wave Chicago blend of rap and neo-soul. 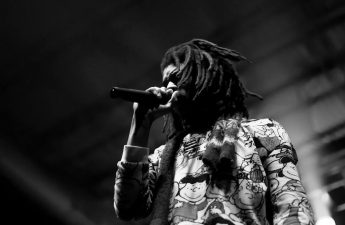 After an intermission, Noname’s band took the stage as the Room 25 sign lit up, prompting an eruption of screams and applause from the crowd. The band broke right into “Self,” and Noname came sauntering on stage, rapping her verse as she walked. All of my anticipation and excitement for the show came bubbling to the surface and was only released when Noname rapped one of her most memorable, quotable bars: “My pussy teachin’ ninth grade English.”

Noname’s stage presence, much like her music, has evolved from a timid, introspective vibe into an energetic, infectious celebration of life. In many of her past performances, Noname did not dance or move around stage much, sticking to her mic stand and delivering her poetry with a dreamy look in her eyes.

Her dreamy look has not faded — instead, it has evolved into an invigorated, captivating look that goes hand in hand with the power of her poetry. Seeing Noname come into her own live, dancing around the stage and encouraging the crowd to sing along with her, allowed her confidence to shine through in her performance and became a truly beautiful sight. 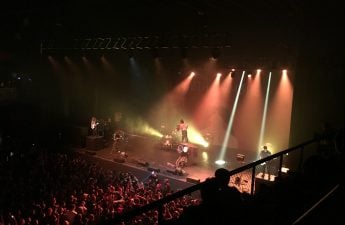 It’s difficult to appreciate the greatness of Noname’s lyricism in the moment, but looking back on it, everyone in attendance at her show was a witness not only to a rare poetic talent, but a collective musical, genre-bending effort put forth by Noname, her band, and her back-up singers.

I was really interested to see how the experimental soundscape, with its incredible variety of sounds on Room 25, would translate to a live band form. Luckily, my expectations were surpassed in every way. It sounded like many of the original beats were being played through the speakers, but most of the sound came from the four-piece band of keys, guitar, bass, and drums, as well as the three back-up singers. 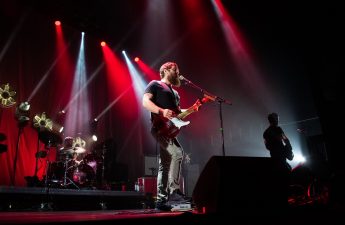 The band held down the feel of the instrumentals while still freestyling and giving certain songs an extra jazzy kick. The back-up singers were particularly memorable, as they blended harmoniously and helped Noname with many of the hooks. Each back-up singer had their time to shine, and in the last encore of the show, one of the singers went off on a scat-singing solo which brought the house down.

The only disappointing part of the evening was the length of Noname’s set, which was only an hour and change, but the price of the ticket (a mere $25) was more than worth it for the quality of music performed throughout the night. I would highly encourage you to give Noname a listen if you haven’t already, and be on the look-out for her tour dates in the future, as she seems to love coming to Madison almost as much as we love having her.