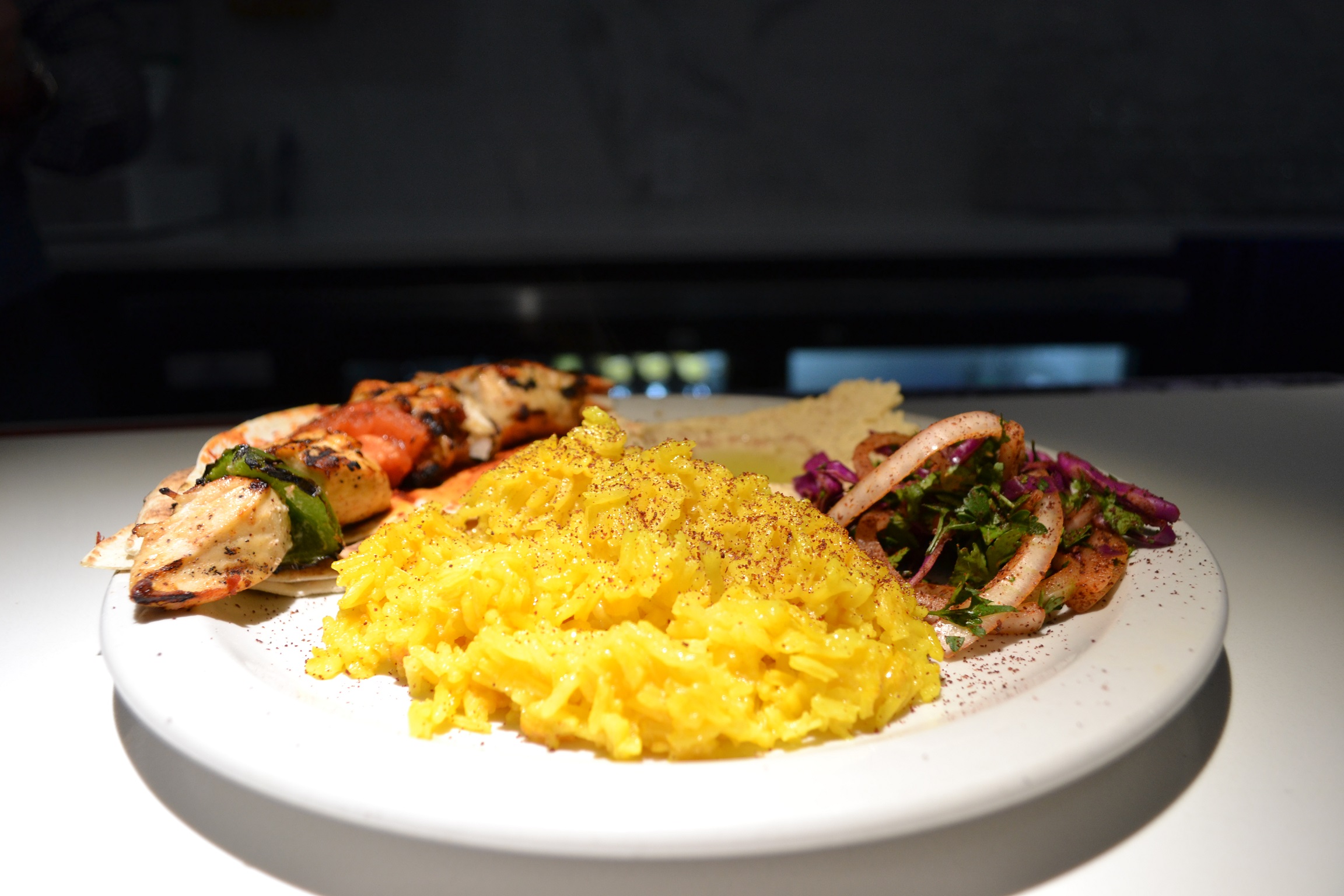 Located at 419 State St, Dubai had its soft opening April 6 and offers classic Arab dishes such as Maqloubeh, also known as upside-down eggplant, as well as shawarma and more complex entrees. Madison residents may experience some deja vu on their visit since the owners are from the same family that ran Palmyra, a Mediterranean restaurant, which closed last year.

I got the chance to sample some of the menu items before ordering and I can safely say that this restaurant is going to be a hit, at least from a culinary perspective.

As for design, the Maktabi’s have kept the sleek, modern feel of Zandru’s, which previously occupied the building, but said they plan to change the booths to more traditional style seating.

Miar Maktabi, a Syrian national who worked as a cook in Dubai for 11 years, will be overseeing the kitchen along with a diverse group of staff from Russia, Syria and of course America. Miar Maktabi and his co-owner and wife Cassandra Maktabi, said they hope to bring a lot of what makes the city of Dubai so attractive, starting with service.

“There’s a certain level of customer service that you get in Dubai and everyone’s blown away by it and we want to bring that to Madison,” Cassandra Maktabi said.

As far as pricing, Cassandra said she hopes to bring some of the intricate dishes found in the city of Duabi to Madison at prices that won’t break the bank. She said customers can expect dinner entrees at the $17+ to be well portioned and expects lunch to offer cheaper options for students and downtown workers looking to grab a bite to eat.

While Miar and Cassandra both met at Palmyra when Miar worked there years ago, neither one has ever launched a restaurant and both still have their full-time job. Luckily they have help. Samantha Schuette, who is currently the general manager at State Street Brats will be running the bar as well as having a hand in management.

In addition to drinks and food, Dubai is offering a variety of hookah flavors during the evening, with traditional flavoring as well as more unique, blended flavors Miar created. On the weekends, Madisonians can expect Dubai’s bar and hookah offerings to be open until bar close.

As of now, Dubai is still working on fine-tuning the menu and overall customer experience, but Cassandra Maktabi said she expects to have a more publicized hard opening some time in May.