As we grow up, we find ourselves being told to focus on the future and to think logically about the next step in our lives.

As I reflect on Chance The Rapper’s Magnificent Coloring Day festival, I realize that Chance designed the festival to strip away these barriers of reality.

In our youth, coloring allowed us to create our own worlds, free of the boundaries we found ourselves grappling to understand as young children. We could create a house as big as a mountain or a human the size of an ant. As we drew on empty sheets of paper, we found ourselves in a world where truly anything felt possible.

When Kanye West made his surprise appearance at Magnificent Coloring Day, I found myself certain that anything could happen at this festival. When Chance and Kanye teamed up to perform “Ultralight Beam,” I truly couldn’t describe the all-encompassing sense of possibility that surrounded me and the festival. 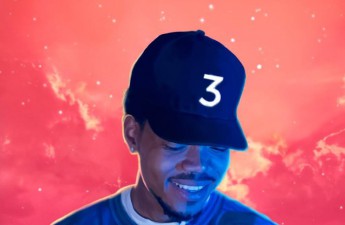 As Lil Wayne and 2 Chainz performed, I found myself convinced Drake would burst on the stage at any moment. At the same time, my friend Eric sat next to me convinced Obama would come out and address the Chicago crowd.

Now, this confidence may have partially derived from the litany of $9 Coors Lights Eric and I had consumed up to that point, but even as I sobered up as the night drew to a close, I still felt an aura of possibility.

That’s because Chance’s goal for the festival laid in immersing the audience in his imagination, and it worked. I didn’t blink when Chance entered into a conversation with his elementary school imaginary friend on stage or when Chance engaged in romantic swooning of giant female puppet.

By that point in the festival, Chance had sucked me into his play-land, where his imagination represented the only thing limiting what could occur on stage.

In our future-focused realities, mistakes represent catastrophic mishaps that seemingly threaten the very fiber of our existence. But when Chance fumbled over his lines on Summer Friends, he simply continued on with the concert announcing to the crowd that he would be redoing the song.

The carefree manner Chance displayed on stage embodied the way a young child haphazardly creates a new world as they scribble away. In this way, Chance rejects the typical future-focused mindset of society.

Instead, Chance engages in something significantly more useful — a healthy dose of imaginative thinking.

In our youth, we all engaged in imaginative thinking. But as we age, imagination flutters away, leaving us so focused on our destination that we forget to think creatively.

Somewhere along the way, we stopped being the little kids engrossed in coloring our personally designed worlds of fantasy and possibility, and we became the boring adults we swore we would never become.

But for one afternoon, Chance took me back to being that little kid coloring away, believing anything could be possible. Thank you, Chance, for one more Magnificent Coloring Day.