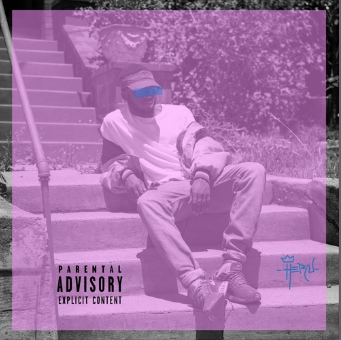 While heru still has some growing to do as an artist, he already possesses something that many don’t: a sound that stands out on its own.

The emcee, a member of UW’s First Wave Program, released his long-awaited TheSoulOf  EP, and it’s clear from an initial listen that the project was worth the wait.

The instrumentals of the EP are slow, typically featuring a chill synth pattern plastered on a drum grove or bass line. Though there’s little variation between the beats, each of them are unlike anything found in rap today. To make this more impressive, heru himself is the producer of many of the tracks on the album.

While the beats perhaps can’t stand on their own (how many rap beats do?) heru’s lyricism and vocals flesh out each song.

Essentially the entirety of the first verse on “DirtOnMyName” is spit in triplets, but heru keeps it interesting by starting each line on an off beat, and, in turn, ending it on one.

In “OwnShit” he abandons his originally slow cadence in favor of something quicker deep into his verse. And while the shift might be a bit overdue, it’s certainly welcomed in the end.

Lyrically, heru engages in expected rap braggadocio in intriguing ways. He tells fellow rappers “You ain’t that cold, you ain’t that snow, you ain’t that different,” later admitting he considers himself a genius. The confidence and emotion he inflects into them is convincing and infectious.

The album’s strongest track is “DriveMeSane,” and is also perhaps the most genuine and emotional. Over a dreamy guitar line, synths and stripped-down drums, heru and collaborators SIHN and Eden go in. They each rap about the costs of pursuing their craft, whether it be empty rum bottles or making deals with the devil.

It’s a strong track that really goes to show heru’s potential, as well as what he’s capable of right now.

There’s room to improve, sure, on TheSoulOf, but it’s also a guaranteed sign he will continue to grow as an artist.