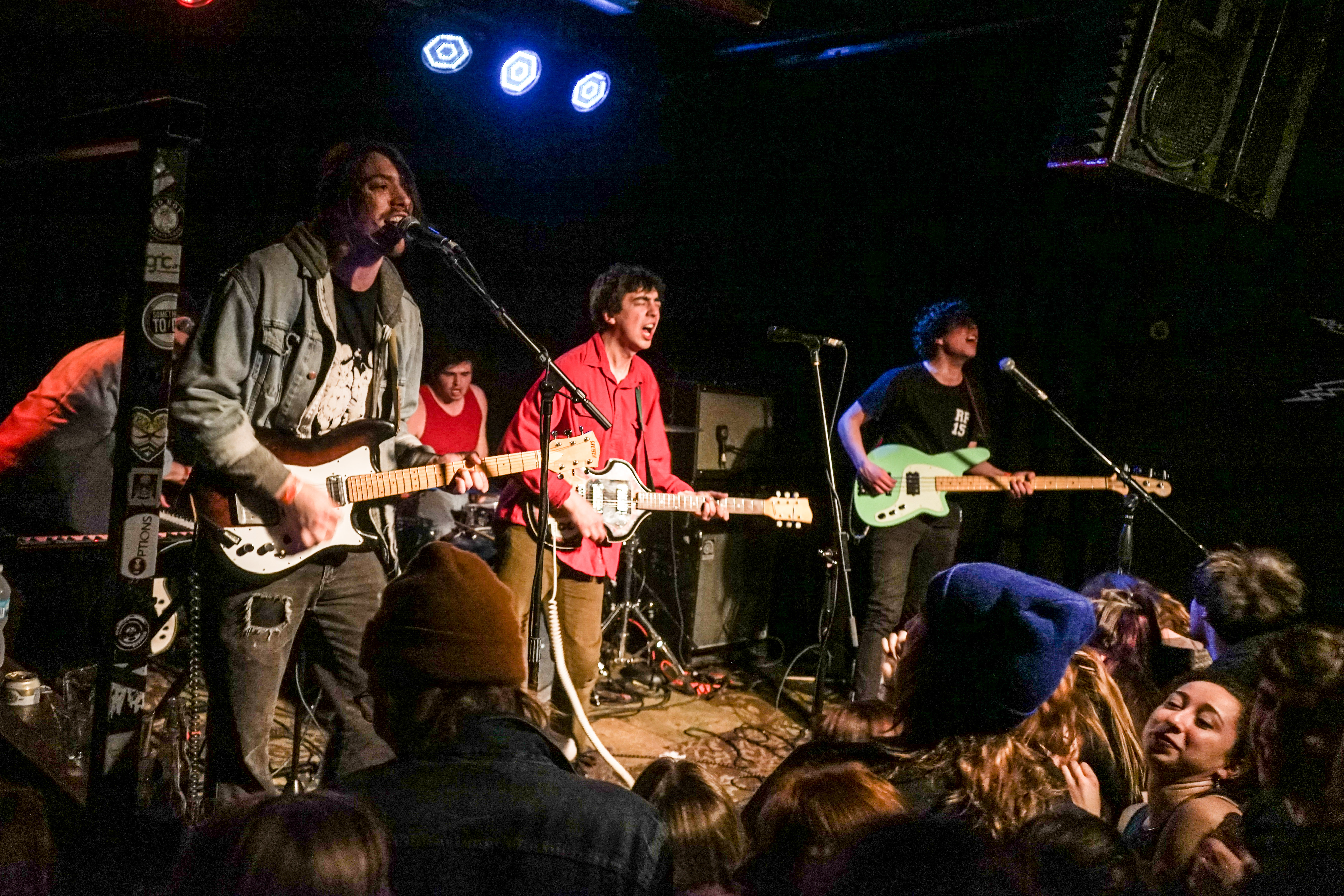 While a lot may have changed since the last time Twin Peaks performed in Madison, not much has changed with the band’s high standard for performing.

The band’s performance at The Frequency a year-and-a-half ago was energetic, raucous and a wildly good time. Their performance Wednesday night could be described the same way.

The Chicago garage rockers, known for their youth and throwback sound, maintained all the best qualities of their previous shows while adding a new, crisp element that made their performance much better sounding. 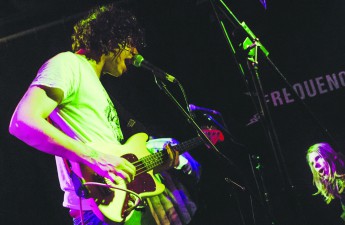 Making my way into the mosh pit: Twin Peaks energized youthful crowd Friday nightDespite still being a few days away from turning 20, it was hard not to feel like the oldest person Read…

While the band was a quartet in its prior iteration, this time Twin Peaks barreled into Madison with an additional member in tow, Colin Croom. Croom, who played on and produced the band’s most recent album, Wild Onion, provides depth to the band’s sound by playing keys and sometimes guitar.

Croom was head-banging while playing keys, standing on his stool and bouncing all over the place, and the other members were noticeably more static than usual.

Devoid of the sorts of antics seen in previous shows, the rest of the band mostly stayed in their respective spots. While this is less entertaining, the increased focus it allowed was a big reason why the band sounded better than before. Their riffs came through clean and clear and everything seemed to have an added degree of sharpness.

This made their bigger songs, such as “Boomers,” “I Found a New Way” and “Flavor” sound great without sacrificing any of their considerable punch. While Twin Peaks hit most of their bigger songs on Wild Onion and Sunken, they also played four new songs, which will presumably be on their upcoming release Down in Heaven.

The first of those was the lead single, “Walk to the One You Love.” While the recorded version was a little too polished, the live version incorporated a much-needed degree of grit.

In addition to the lead single, the band played three other, yet-to-be-released tracks. These ranged from the more chilled-out, keys-heavy side of things to the rip-roaring, searing side.

The dark-horse candidate for star of the show wasn’t a member of Twin Peaks, but rather Kenny Alden, a member of the opening band, Uh Bones. Alden upstaged the band with his drunken antics during their set. Between pouring beer on band members, dancing in the background, being passed out on the stage and singing along, Alden clearly was having as good a time as anyone.

Alden’s presence on the stage didn’t stop Twin Peaks from churning out a killer punch at the end of the show by playing “Making Breakfast” and “Strawberry Smoothie” back to back before leaving the stage.

Responding to chants for “one more song,” the band came back out and played a traditional Chicago folk song, the goofy “What’s Up Dawg.”

Twin Peaks played for about 50 minutes. While that’s usually a little bit on the short side, it felt like just the right amount of time for this show. Twin Peaks pack so much energy, passion and punch into their set that any more of it may have been fatiguing.

With wasted openers and incredible energy brought to the stage, one can only hope that Twin Peaks will never stop putting on great shows, and given their performances in Madison, there is no indication they will. 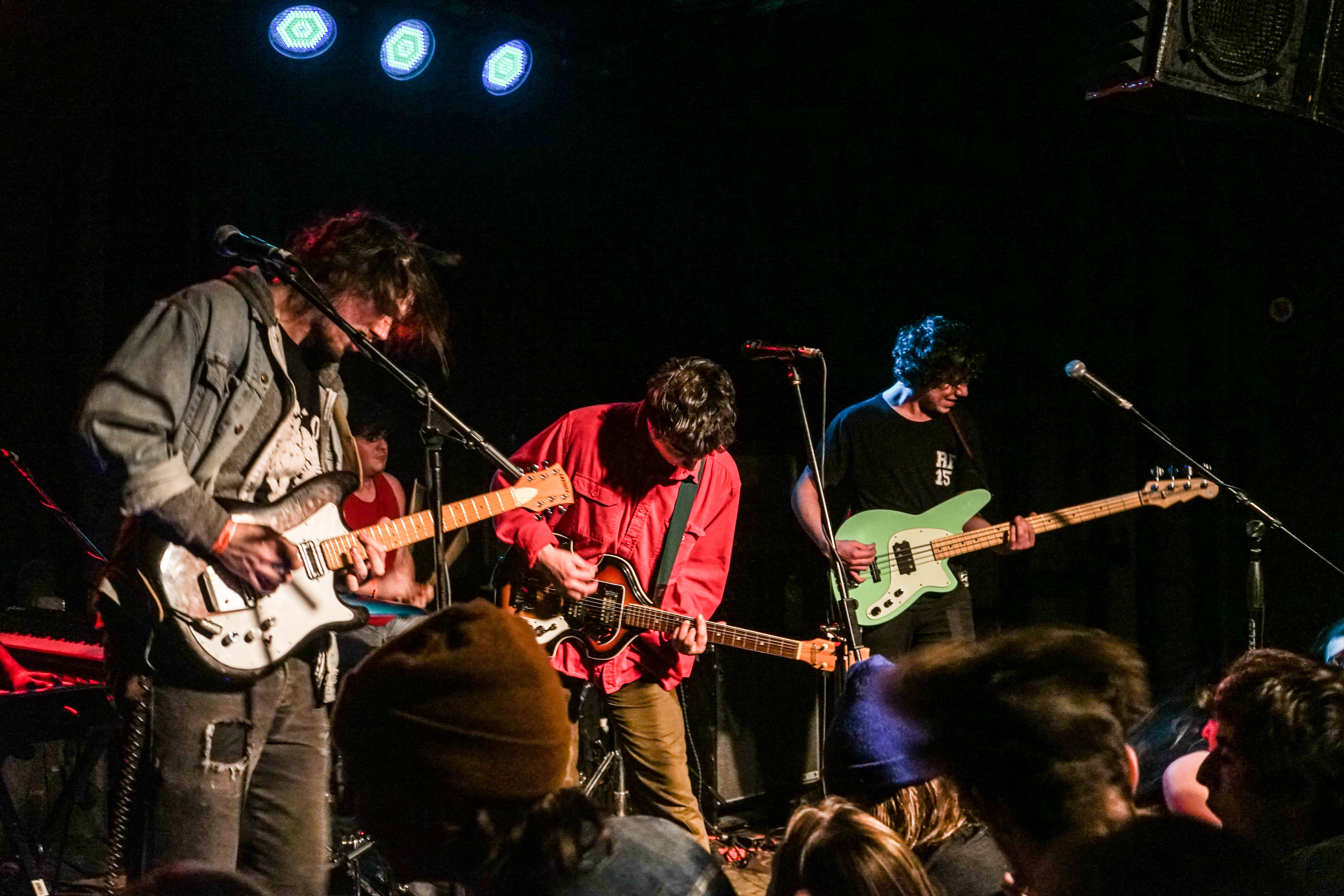