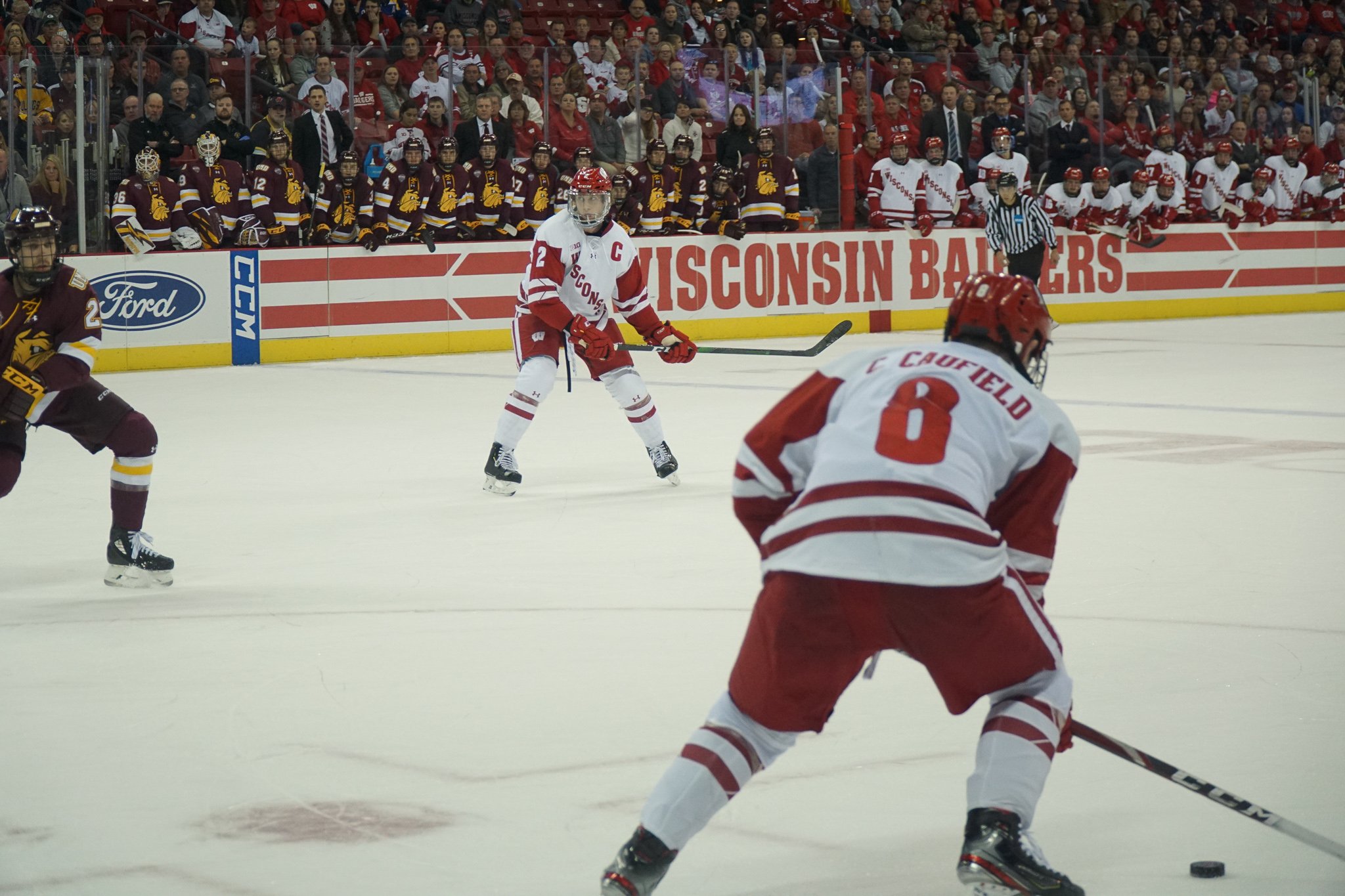 Cole Caufield is the best player in college hockey, it’s simple. The Stevens Point, Wisconsin native arrived in Madison with as much hype as a college hockey recruit can have. By the time he enrolled at Wisconsin last fall, he was already an established superstar.

Caufield was an early first-round draft pick by the Montreal Canadians, and the USA National Team Development Program’s all-time leading goal scorer. He shattered scoring records set by stars such as Phil Kessel, Auston Matthews and Patrick Kane. Still, he has still gone beyond expectations this season.

Caufield is a star, it’s not a secret. He is every team’s biggest focus defensively. He gets checked tighter and gets less space in the offensive zone than anyone else in America. But yet, he still routinely makes his own scoring chances. It isn’t because he is faster, stronger or more agile than everyone else. Simply, it is his hockey sense.

His spatial awareness, understanding of shooting and passing lanes and his unique ability to break down a defense and get it to open up is second to none. His hockey IQ is NHL-caliber and fans can tell every time he steps on the ice.

The point of saying all of that is not to discount his skill. It is simply to describe what sets him apart from some of the other highly skilled players in college hockey. But, in addition to all of that, one more thing that sets Caufield from the rest — his shot.

His shot is other-worldly. To say it is the best shot in college hockey is a massive understatement. His wrist shot, in terms of the combination of accuracy and power, is among the best in the world.

His release is lightning fast, and the deception that comes along with it makes it so special. His shot is unique on its own, but when you consider his smaller 5-foot-8-inch frame, you understand just how special his shot really is.

But attributes don’t win awards, production does, and Caufield has certainly produced. His 25 goals lead the nation by a wide margin. He has scored 19 goals in 18 games in 2021, with multi-goal games five separate times. After a relatively slow start to the season, he has really gotten going, and headed into the Big Ten and NCAA tournaments there is no hotter player in the country than number eight on Wisconsin.

When looking at Caufield’s season, numbers don’t tell the whole story. Caufield has been unbelievably clutch this season. His four game-winning goals rank among the best in the nation, and in the last game of the year when Wisconsin needed a win to secure the Big Ten regular season championship, Caufield stepped up.

Down 1-0, Caufield scored the game-tying goal late in the second period, and the game-winner in the third period to clinch the Big Ten title with a 2-1 win. When it matters most, Caufield has been there. 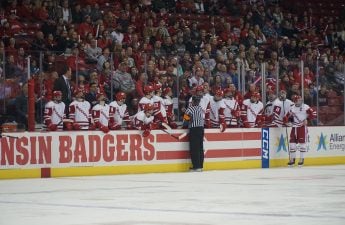 Not only has Caufield been scoring, he has been scoring on some of the most talented amateurs in the world. The Big Ten is filled with future NHL goalies and defenseman, and Caufield has owned them all. Tommy Nappier of Ohio State, Strauss Mann of Michigan and Jack LaFontaine of Minnesota are three of the best goalies in the country. In eight games against in 2021 against them, Caufield made seven goals. He is scoring, and at a high rate against the country’s best.

There is no man more deserving of the 2021 Hobey Baker Award than Cole Caufield. He is the nation’s best offensive player, and has been the main catalyst for the Badgers worst to first resurgence this year. He has points in 24 out of 28 games, and multiple points in 13 out of his last 15 games. He is the most single-handedly dominant player in the country, and should be a runaway winner of the most prestigious award in college hockey.