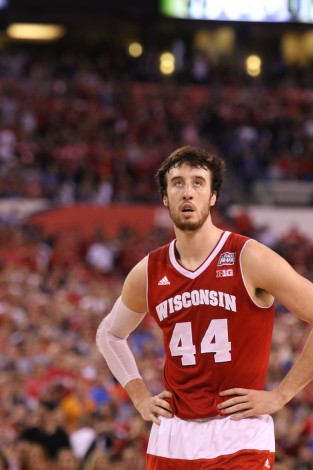 While the University of Wisconsin men’s basketball team was robbed of a potential deep NCAA Tournament run in the 2019-2020 season, over the 21st century the Badgers have enjoyed a lot of success in March.

Over the last 20 years, the Badgers have been among the NCAA’s most consistent programs. With an incredible 483 wins, nine Sweet Sixteen appearances and two trips to the Final Four since the 2000-2001 season, fans have been treated to great team success year after year.

So, I constructed an eight-man rotation of Wisconsin’s best players since the turn of the century.

Before a solid 15-year NBA career, Harris was a standout for the Badgers and an intricate part of Wisconsin’s incredible run during the Bo Ryan era. Following Head Coach Dick Bennett’s abrupt retirement during the 2000-2001 season, not much was expected in Ryan’s first year at the helm. Led by Harris, the new-look Badgers surprised many by winning a share of their first Big Ten title since the 1946-1947 season. Harris averaged a stoic 12.3 points per game, providing scoring and excellent three-point shooting. By his junior year, Harris dominated the Big Ten, scoring 19.5 points per game and ultimately winning the conference’s player of the year award. Harris could score in a variety of ways and tortured defenders in the pick-and-roll, making him a great lead guard for the Badgers’ All-21st Century team.

Though both Taylor and Harris were point guards at UW, playing a lineup with both provides a combination of strong shooting and tough defense. Over the course of his career Taylor maximized possessions, leading the country his junior year in assist to turnover ratio (3.91). Taylor also excelled when the pressure was at its highest, as his back-breaking jump shots with the shot clock winding down became a staple during his tenure at Wisconsin. Taylor played both ends of the floor, receiving a Big Ten All-Defensive team selection in 2011. Taylor’s consistency and ability to take care of the basketball rounds out a strong Badger backcourt. 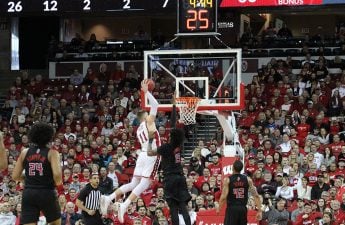 One of the most explosive players in Badger history, Tucker was a high-riser that terrorized Big Ten defenses each night. Tucker was a workhorse and averaged over 19 points per game in both his junior and senior seasons. During the 2006-2007 season, Tucker’s team was among the nation’s best, finishing second in the Big Ten to eventual National Runner-up, The Ohio State University. Tucker’s athleticism and ability to slash to the basket make him a tremendous fit in the lineup.

During his four-year career at Wisconsin, Leuer was a big man that could stretch out the floor with his three-point shooting. Leuer excelled in the pick-and-pop, taking advantage of the pressure Taylor would put on defenses that resulted in wide-open perimeter jump shots. A career 36.8% three-point shooter, Leuer’s ability to extend the defense would open up driving lanes for Tucker, earning him a spot in the starting five. 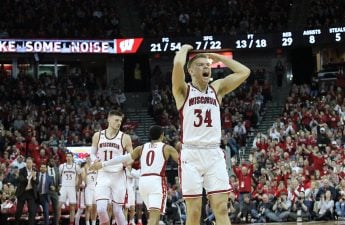 Labeled by many as the best player in Wisconsin men’s basketball history, “Frank the Tank” was an unstoppable offensive force his junior and senior year for the Badgers. Kaminsky led the Badgers to back-to-back Final Fours, hurting defenses inside with his patented spin move and silky perimeter jumper. In his senior season, Kaminsky led the Badgers to a 36-4 record, averaging 18.8 points and 8.2 rebounds per game. For his play, Kaminsky was awarded the 2014-2015 Naismith Player of the Year, awarded to the nation’s top player. Though Kaminsky’s team fell just short of a National Championship, he will always be remembered as one of college basketball’s all-time greats. 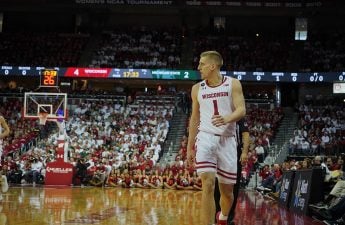 Arguably the most sought-after recruit in Badger history, Dekker enjoyed a solid career, averaging 12.1 points per game over his three-years. Dekker came into his own during the 2015 NCAA tournament, exploding for 23 points in the Sweet Sixteen against North Carolina. Dekker followed his impressive performance two days later with a career-high 27 points against Arizona, which clinched Wisconsin’s second consecutive Final Four appearance. One of the most talented Badgers to come through Madison and an excellent sixth man for the All-21st Century team.

For four years, Happ punished opposing defenders with his array of post moves or by forcing double-teams and finding the open man. Happ was the centerpiece of Wisconsin’s offense, and his passing and scoring abilities earn him a spot on the team. 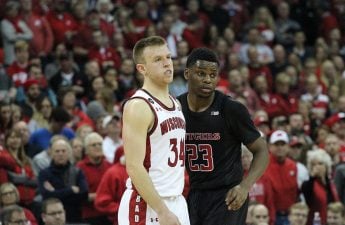 A prolific shooter off the bench, Koenig could create his shot in any situation. Known for his game-winning fallaway three-pointer against Xavier in the NCAA Tournament, Koenig was a sharpshooter that provides this team depth at the guard position.

Without a doubt, this rotation would be a nightmare for opposing teams. All eight players had a major impact at Wisconsin and are well-deserving of being recognized as one of Wisconsin’s best.