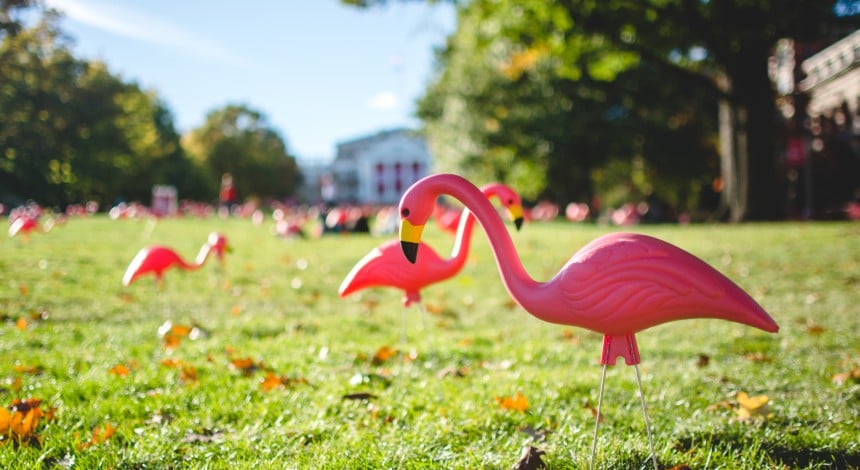 The Badger Herald Editorial Board deemed these stories important to watch during the fall 2020 semester. 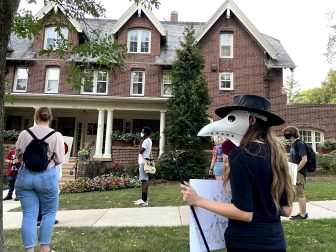 In an effort to adhere to public health guidelines while affording students a “normal” fall semester, the University of Wisconsin created a plan for academic instruction, housing and campus life in the midst of this global pandemic.

The plan, called “Smart Restart,” addresses the new academic calendar, health and safety, housing and dining, academic instruction and workplace plans, while acknowledging the inevitable — the plan will evolve depending on its success at keeping students, faculty and staff safe.

Under Smart Restart, UW will offer courses in-person and online before Thanksgiving break, at which point all courses will switch to a virtual format. On-campus testing centers and surveillance testing will be offered, and testing for all students and staff in UW housing will be required.

Ultimately, the university will rely on students to practice social distancing and follow universal face covering requirements to prevent the spread of COVID-19 on campus.

Despite universities across the country postponing fall instruction or canceling in-person courses altogether, UW continues to believe the Smart Restart plan will allow the Badger community a safe return to campus and partial in-person courses until Thanksgiving break — but not everyone is as optimistic.

UW faculty, teachers’ assistants and campus staff are protesting the partial in-person start to the academic year, citing the irresponsibility of bringing thousands of people from across the country back to campus.

Others have questioned the morality placing the onus on freshmen, many who have been deprived of social interactions for six months, to refrain from interacting with others during their first weeks of college.

Only time will tell as to whether the Smart Restart plan works, whether students will take responsibility for public health and whether in-person classes will put faculty and staff at risk.

Diversity, equity and inclusion in light of Black Lives Matter 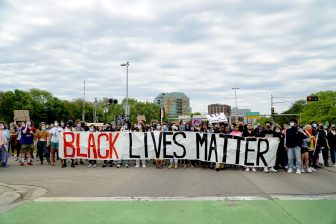 George Floyd, a Black American man, was killed by Minnesota police officer Derek Chauvin this past May. Floyd’s death incited protests across the nation against police brutality and systemic racism. Then August 23, Jacob Blake, a Black man in Kenosha, Wisconsin, was shot seven times in the back by police officer Rusten Sheskey. The shooting prompted several protests both in the state and nationally, with protesters mentioning Blake’s story in support of the Black Lives Matter movement.

Madison, too, has had its fair share of protests linked to the aforementioned events and has had plenty of racist, violent incidents of its own. Althea Bernstein, an 18-year-old biracial woman, was doused in lighter fluid while stopped at a red light earlier this summer. Four white men yelled racial epithets at her before lighting her on fire, and the incident has been deemed a hate crime. The recent protests have also brought calls for the firing and arrest of Madison Police Department Officer Matthew Kenny, who killed Tony Robinson, an unarmed Black teenager, in 2015.

The events leading up to Kenosha protester shootings have shaken the state and the rest of the country, with Gov. Tony Evers deploying National Guard troops in Kenosha. Protests demanding justice for Blake and Floyd still continue nationally, and Black Lives Matter activists held the first virtual Black National Convention in late August.

Chancellor Rebecca Blank issued an email in early July, describing various programs to be initiated in the fall addressing racial inequalities Black people face on campus. With various faculty taking a stand in support for the BLM movement, it will be important to see how UW navigates through the coming years and how effective Blank’s programs will be.

The state-wide response remains insufficient. After essentially radio silence from the Wisconsin police department and the state, Evers has finally issued a special session to address police accountability on August 31. The Senate has said they will gavel in, but not vote, on any of Evers’ bills. Protests both in Kenosha and the state continue on, calling for concrete action to be taken by Wisconsin lawmakers. 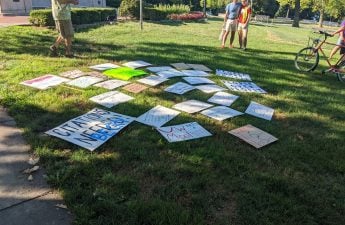 In May of this year, the U.S. Department of Education released final regulations regarding campus sexual assault under Title IX. Title IX is a federal law that prohibits sex discrimination at schools that receive federal funding.

These regulations are a drastic change from Obama-era guidances issued in 2011 and 2014. New regulations now require colleges to provide live hearings and allow students’ advisers to cross-examine those involved. Institutions must now also presume that those accused of sexual misconduct are innocent prior to the investigative and decision-making process.

This is as opposed to Obama-era guidances that stated college officials should use a “preponderance of the evidence” to determine guilt in sexual misconduct complaints, meaning decisions were based on the most convincing evidence presented. The new regulations set a higher burden of proof.

The regulations also place college responsibilities to on-campus incidents — meaning UW, and other colleges, are no longer legally obligated to investigate harassment and assault claims if the incidents took place in off-campus housing.

Considering about 75% of UW students live off-campus, the new regulations disproportionately affect schools like it — places where most students prefer to live in private housing. While the university is still able to respond to off-campus misconduct cases involving students by using other provisions of the campus code of conduct, it remains to be seen whether student reports of sexual assault decrease in response to the new rules.

Various experts and officials across the country have said the regulations are not victim-centered and will make coming forward with sexual harassment and assault claims much more difficult. But, those on the opposition argue that the regulations will protect against false allegations. Studies suggest single-digit percentages of rape allegations are false.

What remains to be seen is how the UW community reacts —whether it affects rates of reporting and rates at which students stay on off-campus housing, and how victims who have been assaulted on campus and the student body at large feel about the changes. 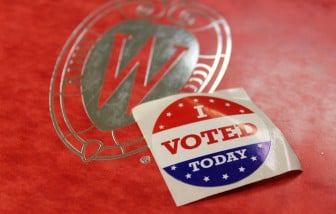 November 3, Wisconsinites will go to the polls to decide who they want to elect to the U.S. presidency. Given its position as a swing state, Wisconsin inevitably plays a preeminent role in swinging the electoral college for one candidate or the other. Your vote will matter here more than it would in California or Arkansas — simple as that.

While current polls show Biden with a steady lead over Trump, campaign organizations will certainly be ramping up efforts to seize our ever crucial state and its 10 electoral college delegates. Additionally, youth voters in Wisconsin are poised to be a determining factor of both statewide results as well as the presidential election itself, as Wisconsin is the foremost state in 18 to 29 year old election influencers in the nation, according to Tufts.

This election cycle will be unlike any other that came before it. We are facing multiple simultaneous crises, each of which would be enough to dominate national debate on its own in a normal year. Campaigns will be forced to come up with inventive ways to reach and impact voters in a time when traditional political organization has been made impossible.

From virtual conventions to virtual phone and text banking, Wisconsin will be the subject of the most fervent political organization in the entire campaign cycle. Within this adjusted system of campaigning, there is some indication that Democrats have an edge here when it comes to securing political victories in unusual times.

While technically a nonpartisan election, Jill Karofsky earned her State Supreme Court seat with the support of various left-leaning interest groups and volunteer networks. As election day draws nearer, look to see if these same efforts maintain a Democratic advantage in the state or if Trump and the GOP are able to repeat their 2016 victory in Wisconsin. 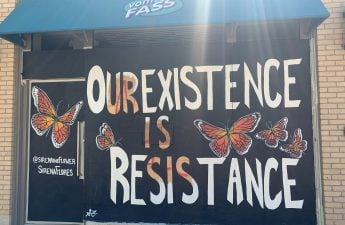 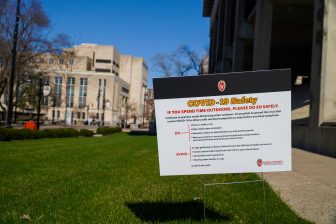 In March 2020, our lives were overshadowed by the global COVID-19 pandemic. The pandemic has claimed lives and livelihoods around the world, but nowhere has it been as bad as in the U.S., which is on the brink of 6 million cases. The total death toll is nearing 183,000 as of Aug. 30.

States across the nation have enforced mask mandates, including Wisconsin where Gov. Tony Evers mandated masks in all public indoor spaces, including public transportation and businesses, beginning Aug. 1. Evers’ mandate has come under scrutiny from the Republican-controlled state legislature, making it a key issue to watch as we enter election season.

While it is unclear if and when life will return to normal, many people have returned to work and school in the past few months, leaving many uncertain about where we go from here and how difficult the coming months will be.

Since the beginning of most COVID restrictions in March, the weather has been mild at worst, leaving the winter season as a big unknown when it comes to how it will impact the spread of the virus and whether or not the flu season will be just as bad.

Evers’ mask mandate will also be important to watch as the Wisconsin Institute for Law and Liberty filed a lawsuit in late August against his use of executive power to impose the mandate, leaving many questioning whether or not the mask mandate will stand in court.