The ethics behind recording someone without their consent has always been a bit of a gray area among lawmakers and citizens alike. As such, states vary widely in whether they require one or all parties’ consent to record a conversation.

Wisconsin’s one-party consent law recently came under fire following a recording May 14 of a private phone conversation released by Gov. Tony Evers’ staff. The conversation between Evers and Republican lawmakers had been released under an open records request. Evers claims he didn’t know the conversation was being recorded, rather it was one of his staff recording to maintain diligent notes on the meeting.

This has resulted in a bipartisan push to fire the staff responsible for the recording, with both Republicans on the call — Assembly Speaker Robin Vos, R-Rochester, and Senate Majority Leader Scott Fitzgerald, R-Juneau — calling for their dismissal. Rep. Jonathan Brostoff, D-Milwaukee, has also pushed for action to be taken against the person responsible.

Unsurprisingly, this event has created a deeper rift within an already tenuous relationship between Evers and the Republican legislature. Fitzgerald was particularly critical of Evers.

“The governor has gone so far off the deep end, he’s making secret Nixon-esque recordings from the East Wing of the Capitol,” Fitzgerald stated. “This conduct is totally unbecoming of our state’s top executive and opens up questions about what other recordings his administration may have.”

It is not difficult to see where Fitzgerald comes from. The mere act of recording a conversation between the governor and lawmakers without their knowledge was a severe lapse in judgement at best, a felony at worst.

For critics pushing for the termination of single-party consent following this event, it may not even fall under this category. If Evers or his staff present in the recording didn’t authorize the recording, the staffer responsible committed a crime. Illegally recording a phone call is a Class H felony, subject to a fine of up to $10,000 and six years of prison time.

The deteriorating relationship between Evers and the Wisconsin Republicans has come with dire consequences to Wisconsin residents, including the absentee voter fiasco three months ago. Evers’ executive attempt to push the April elections back by two months was met with resistance from the Republican-controlled senate, resulting in a reversal in his decision. This was essentially political performance on Evers’ part to artificially create distance between himself and the senate. 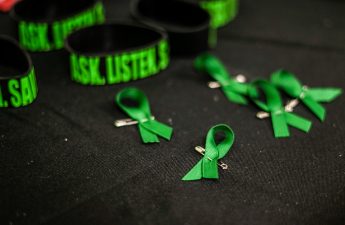 Amidst COVID-19 anxieties, hospitals should not add upon US citizens’ burdensThe national pandemic and consequent economic recession are taking an enormous physical, mental and emotional toll on US citizens, especially Read…

It is difficult to conclusively say whether the recording was an intentional gambit on Evers’ part. During the recording, Vos blamed the COVID-19 outbreak in Racine on immigrants, resulting in massive backlash from the Latinx community and Democrats — including Brostoff — all of whom are demanding Vos’ resignation.

Throughout this debacle, Evers has not revealed the staff involved in the recording or his place within all of this. He has refused to comment on whether Vos should resign, stating that he had not heard the recording. Yet, he was in the meeting itself.

It is safe to say that this has not helped the situation one bit.

This consistent lack of transparency from Wisconsin officials brings forth another important point. Yes, it was unprofessional, if not illegal, to record the telephone meeting. But why was this a telephone meeting in the first place?

The meeting was a result of the Wisconsin Supreme Court striking down Evers’ Safer-at-Home order attempting to address the pandemic. Republicans were resistant to the order, and in the meeting Evers and GOP leaders discussed the state’s actions in the coming months.

It is evident this meeting precluded to crucial action being taken in response to the pandemic. Many, including Bill Lueders, the president of the Wisconsin Freedom of Information Council, have rightfully contended the state officials should have had their meeting in public given the importance of the issues at hand.

The political nuances behind the recording go far, far beyond one-party consent ethically. It all boils down to the bureaucratic nonsense that prevents state leaders from effectively serving the public.

Democrats say it was Republicans who started the rift by approving lame-duck laws limiting Evers’ power as governor. Republicans complain about Evers’ inability to compromise on proposed bills. And so on and so forth.

The constant back-and-forth between Evers and the GOP must end come November. Wisconsin has historically been a battleground state, and the political instability experienced by the state will have inevitable disastrous consequences. We have already risked the lives of Wisconsin residents in the past due to this dispute, let’s not risk the entire country’s future. This starts with increased accountability and transparency from our state officials.