When Wisconsin voters came together in 2018 to elect the state government, 53% of votes for the State Assembly were cast for Democratic candidates — roughly matching the proportion that carried Gov. Tony Evers into the governor’s office. A simple majority of Wisconsin’s electorate wanted Democrats in office, but the Republican party rode this popular vote loss and took control of nearly two-thirds of the assembly.

What, one might ask, were some of the first few items on this minority government’s agenda after the election? Reducing the powers of the governor, cementing their authority over the majority of Wisconsinites who voted against them and sweeping Democrats out of every statewide elected office.

Something is broken in Wisconsin’s electoral system. Its dysfunction dates back to 2011, when the way the state’s legislative districts were drawn was kept hidden from the public under a secrecy pledge.

Wisconsin’s Republican party drew a map where 62 of the state’s 99 legislative districts are more Republican than the state as a whole.

During this highly partisan process, Speaker for the Wisconsin State Assembly Robin Vos instructed his colleagues to ignore public comments that differed from what was said behind closed doors – in other words, to act casual when they heard their fellow lawmakers lying through their teeth about their intentions.

They also showed maps drawn in North Carolina to be partisan shams that needed to be thrown out entirely. There are no signs that the dishonesty or the cynicism have stopped. 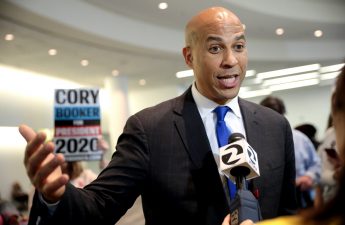 Cory Booker could be just what Democrats need in 2020Sen. Kamala Harris, D-Calif. made more waves with her campaign from leaving the 2020 race than any point during. The Read…

For nearly a decade now, the Republican party has pushed the agenda of more power with fewer and fewer votes. The effects are clear — while neighboring states like Illinois and Michigan have legalized marijuana and our governor was elected with a popular mandate to legalize it here, Wisconsin is left lagging behind. With an astounding 80% of Wisconsin voters supporting the expansion of background checks on firearms, Republican legislators refuse to move gun control forward.

In a state where competitive electoral districts are all but extinct, the conservatives’ minority government is insulated from being held accountable to the voting public and able to leave the pressing demands of today by the wayside in favor of their own agendas.

Fortunately, there is a way forward to restore the popular mandate to our state’s leaders. Evers has signed an executive order for a nonpartisan commission of experts to draw fair legislative districts. Rather than a hidden project by party loyalists sworn to secrecy, the commission will offer an open and public process in which party officials, paid lobbyists and elected partisans will be kept from interfering.

Since Evers is staying within his constitutional limits by limiting the commission to an advisory role, the maps drawn by the commission will still need to be approved by the legislature. While it’s unlikely that Robin Vos or his cronies will act to return legitimacy to the statehouse, this commission provides a model for a future where the people of Wisconsin receive a fair government election based on the choices of voters and not a single party. 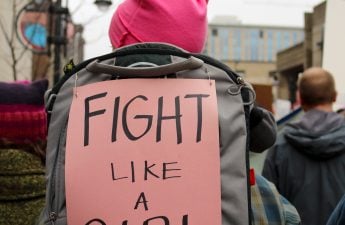 The values of the Democratic Party are the values of the Voting Rights Act, of equal protection and fair representation. Though the GOP has put its thumb on the scales, we believe the voices of the voter are what matter. The people of Wisconsin deserve nonpartisan districts and Wisconsin’s voting majority will not be silenced.

Editor’s note: Ethan is a columnist for The Badger Herald. Here, his views strictly represent those of the College Democrats and do not represent the Herald.