Wisconsinites have started to see some of the legislative priorities of Gov. Tony Evers’ administration.

Evers has expressed interest in infrastructure reinvestment, K-12 Education and entrepreneurship. These legislative priorities have a potential for success in Wisconsin.

However, one of Evers’ legislative priorities could destroy the economic success Wisconsin has enjoyed for the past 8 years — a $15 minimum wage hike.

Evers promised his supporters a state-mandated minimum wage of $15 or even more at a Milwaukee campaign rally with self-described Democratic Socialist Sen. Bernie Sanders. Evers promised this 107 percent minimum wage increase to help low-income workers earn a higher wage. However, this “living wage” would actually hurt the same people it is intended to help.

Philosopher George Santayana said that “those who do not remember the past are condemned to repeat it.” So let’s examine how the $15 minimum wage played out for Seattle back in 2014.

A 2016 study from the University of Washington found significant job loss following the $15 minimum wage mandate. In addition, the low-wage workers who were fortunate enough to keep their jobs saw a reduction in hours because their employers simply could not afford the minimum wage increase. 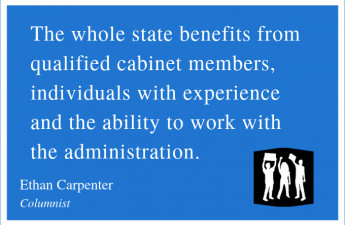 Republicans wonder if a majority of Wisconsinites should count in electionsStart paying attention to American politics and you quickly learn one thing: cities are terrible. Some single them out as Read…

The same economists conducted a follow-up study that showed more bad news for Seattle workers. They found that low-wage Seattle workers ended up with an average net loss of $74 per month. Losing this money every month was detrimental to low-wage workers, with less money for groceries, rent and other monthly expenses.

The overall cost to low-wage workers in Seattle outweighed the benefits by a ratio of three to one. The results of this policy suggest that Seattle businesses were more sensitive to the $15 wage hike than the city council had anticipated. MIT economist David Autor commented on the findings of the study, calling it “very credible” and “likely to influence people.”

The “living wage” proved to be nothing more than a soundbite once again, as low-income families were hurt by the policy that was supposed to provide them a higher income. Following Seattle’s lead, a $15 minimum wage policy in Los Angeles resulted in an estimated three percent decline in employment over 10 years, according to another recent study.

Inconsistencies of Republican party on minimum wage laws hurt constituentsPolitics has never been about consistency. The essence of President Donald Trump’s middle class white base stems from economic anxiety, Read…

The potential widespread impact of Evers’ push for a $15 minimum wage should be carefully considered before moving forward with such a policy. These policies in Seattle and Los Angeles resulted in harmful, unintended consequences for low-income employees. In these examples, the effects of the hikes were only felt by one city, whereas the effects of a statewide minimum wage hike would hurt small business across our state.

Meanwhile, at the national level, the American economy is booming again under President Donald Trump, with historic unemployment rates for African Americans, Hispanic Americans, and American women. A $15 minimum wage in Wisconsin would jeopardize this unprecedented economic success. Simply put, a $15 or higher minimum wage would fail to achieve its intended goals, leave citizens jobless and move Wisconsin backward.

Ryan Christens ([email protected]) is a sophomore studying business Management and marketing. He is also the Recruitment Director for College Republicans of UW-Madison.