Earlier this semester, a few friends convinced me to listen to a visiting speaker, Dr. Jordan Peterson. Peterson, a Canadian psychologist, rocketed to popularity with the political right for his vocal, public opposition to Bill C-16, which would have solidified transgender individuals as a protected class under the nation’s Human Rights Act. At the end of the speech, after he made pointed remarks against the concepts of diversity, inclusion and equity — his powerpoint put emphasis on the words initialing out “DIE” — he opened himself up for questions.

As I was curious about his assertion that sorting and hierarchy were necessary for society to function, I stepped up to ask for detail. His answer conceded that society can be cruel and not always perfect in its sorting, but what struck me was his comment on young people’s role in fixing the problem. “At eighteen … you’re in absolutely no position whatsoever to be protesting about the structure of the Western world.” 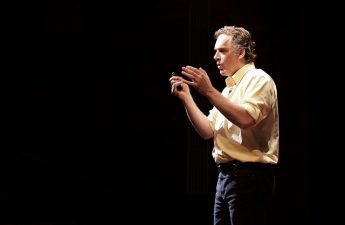 Why I decided to bring Jordan Peterson to our campusOn the night of Thursday November 16, Dr. Jordan B. Peterson was invited to campus by Young Americans for Liberty Read…

The remark, of course, is absurd. But at the time I thought it was his own brand of absurd, an isolated outbreak of gerontocracy — disturbing and saddening, but not pointing to a larger pattern.

But as the semester went on, and after Young Americans for Freedom decided to bring the next star of the right’s speaking circuit — author and radio commentator Dennis Prager — it became clear there was no single incident. This was an outbreak.

When Prager gave his speech, he hit many of the same beats Peterson did, but without the intellectual gloss the latter used for respectability. Where Peterson groused about academics discussing white privilege, Prager charged Black Lives Matter with being a hate group — although no examples of Black Lives Matter hate crimes were given, or even evidence of the movement having the organized structure necessary to qualify it as a “group.” Where Peterson stressed value of “gratitude” and accused French postmodern philosophers and current-day activists with a lack of it, Prager went so far as to say the U.S. is so fantastic that it’s “such a decent society people’s ideas are warped.”

One tangent he takes, however, was so close as to be nearly indistinguishable from Peterson’s unvarnished condescension — his thoughts on eighteen-year-olds having the right to vote.

Alive to see the Twenty-Sixth amendment passed, Prager was frank when he said, “I thought it was idiocy to give me the vote at eighteen!”

Then he went further, stressing the values on what he emphasized as a religious upbringing instilled in him as a youth — “You know what you learn from teens? Nothing! You know what I did as a teen? I listened!” 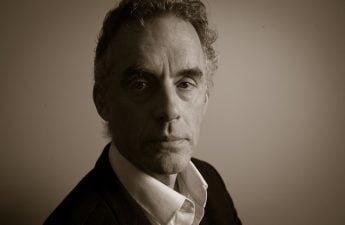 In spirit of Wisconsin Idea, students should attend political indoctrination lectureThe Wisconsin Idea is one of the oldest and deepest traditions associated with the university — with a general message Read…

The amendment passed in the 1960s, the same time Prager earlier mentioned that America’s left began to lose touch with reality. How many of the people who cheered at Prager’s speech and laughed at his jokes at varying intervals made the connection that in the 1960s, when eighteen-year-olds got the vote, they were also being sent to die in droves in Vietnam? Do they realize that in the sixties, it was young people who joined the Civil Rights Movement and worked with their elders to secure its victories? Is it understood here in Madison, in the sixties, it was our current mayor who was arrested for taking part in the youth protest for peace in Vietnam that became the first Mifflin Street Block Party?

Even today, youth are serving as this nation’s conscience. In high schools around the country — lead by the shining examples of citizenship and civic engagement that are the Parkland students — it is the young who showed the courage necessary to say “Never again!” to the culture of resigned hopelessness that surrounds what has practically become an American institution — the school shooting. 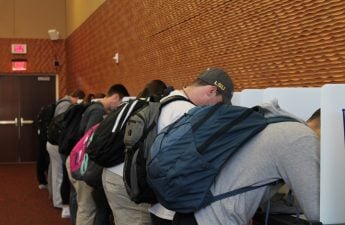 Civic engagement your duty as an American, so take actionThe importance of individual votes has never been so hotly debated than on the morning of Nov. 9, 2016. In Read…

When the right devalues young people’s role in politics, they deny their future a seat at the table. When the Statehouse threatens policies aimed at protesters, they betray a contempt for young people’s right to involvement in their own affairs. But this contempt is a mask for fear.

The fear is understandable — youth are the future, and the future can frighten. For disciples of the right, the youth are the ones turning the wheels of our modern movements that have left many powerful conservatives ashamed and defeated — in spite of their age and whatever titles they might hold. But if they go beyond fear, they can learn how to believe in a better world worth fighting for.