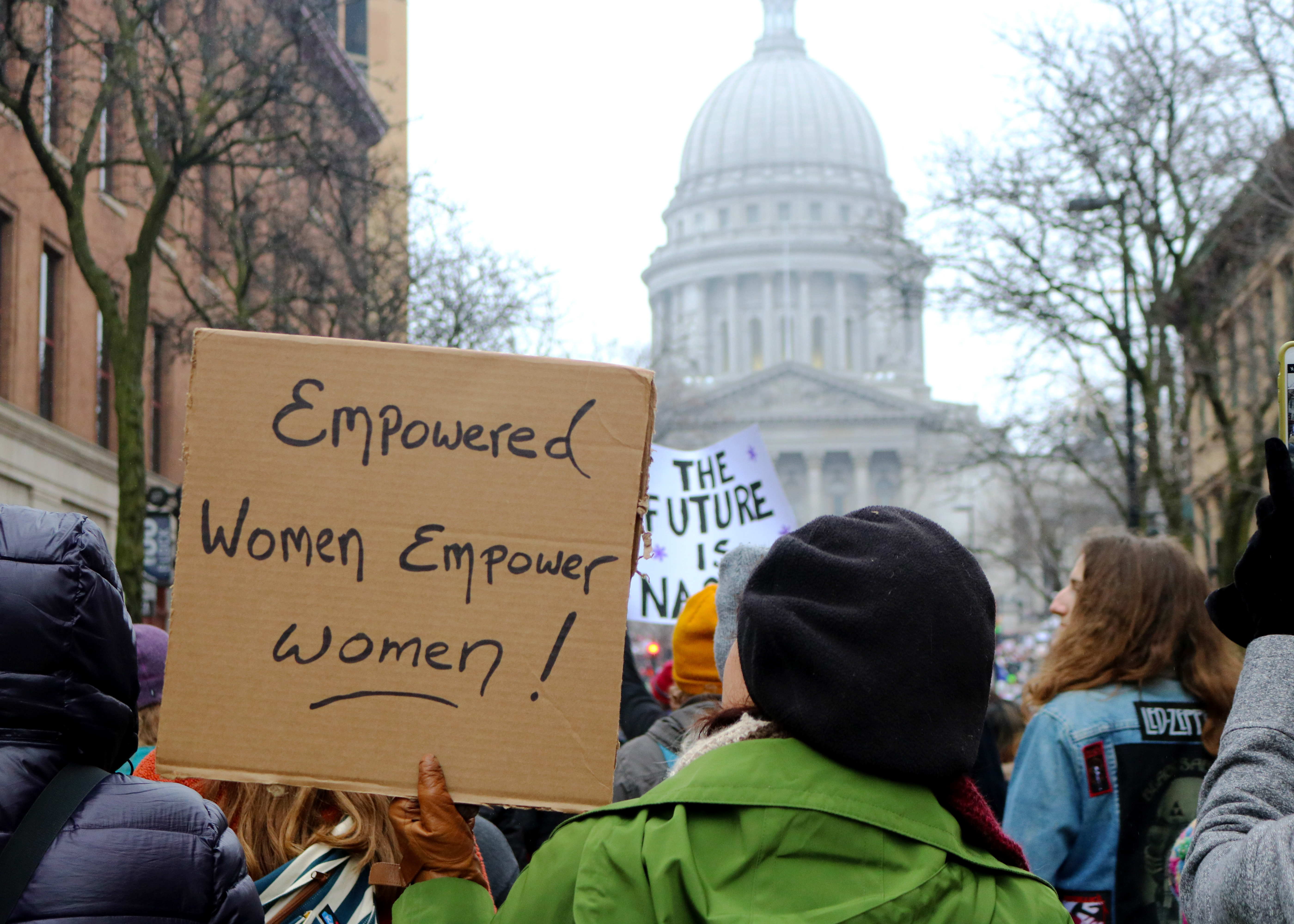 Self-proclaimed anti-feminists denounce and criticize gender-equality movements by labeling feminists as radical, reverse-sexist liberals. How many times must it be repeated that feminism is simply the advocacy of women’s rights on the basis of the equality of the sexes? Even more frustrating is those women who claim to be anti-feminist, yet directly benefit from progress made by feminists before their time.

When founded in 1848, the University of Wisconsin was as an all-male school taught by all-male staff. Women were not allowed access to all courses until 1868. Even then, it certainly was not socially acceptable for a woman to attend college and pursue such independence.

Yet that didn’t stop women like Annie Taylor Noyes, who was one of the first women to graduate from UW in 1865. Heck, some might’ve even labeled her a feminist at the time.

Women like Noyes bravely did what no other women had done before in order to receive an education themselves and pave the path for future female academics. Throughout history, women had to defy arbitrary gender limitations in order to make change for the better, and grant modern-day women in college the extensive opportunities we have today.

Women in college have no right to claim they are anti-feminist if they do not first acknowledge the feminists before their time. Sure, everyone had to work hard to get into college, but the work of early feminists is the only reason women have the opportunity to pursue a college education in the first place.

Women have far more opportunities and potential for success today than any time before, and we have women’s rights and feminist activists, suffragettes, working women, those who fought for reproductive justice and those who helped them get there to thank for that. Every single one of those women got where they were by standing on the shoulders of those before them. Today is no exception.

Many people fail to recognize that the inspiring, powerful female figures we look up to today had to pave their own path for success. By doing so, they paved the path for our success. It is essential we realize this in order to make progress ourselves, to go further than women have gone before and continue to shatter glass ceilings.

Before it was cool to sport Ruth Bader Ginsburg laptop stickers or t-shirts, RBG herself had to endure the sexism of her time and not only defy blatant gender discrimination, but make history for herself and women after her.

One example of the blatant discrimination is when she had to hide her pregnancy for seven months in order to keep her job as one of the only female professors at Rutgers University Law School. Fortunately, women do not have to go through such extremes today, yet this discrimination lingers in the workplace today.

Although less obvious, or even less burdensome today, gender discrimination remains a major issue and we must continue the fight for equality. Women who have made history and prevailed in the face of adversity did not fight for nothing.

Whether it be for yourself or for the future generation of women, never stop pushing for progress that must be made. Recognize that the privileges you have today are only yours because of the women who precede you.

There were so many “first-female” positions claimed in the past, but there are many more to claim. Think about the strong female role models throughout history and what they had to endure in order to become the successes they are

The women who are privileged today, such as college students, must acknowledge they only are because of the women before them. We must recognize the fight feminists fought before us, in order to carry on the fight for the future.

Claudia Koechell ([email protected]) is a sophomore majoring in history and political science.