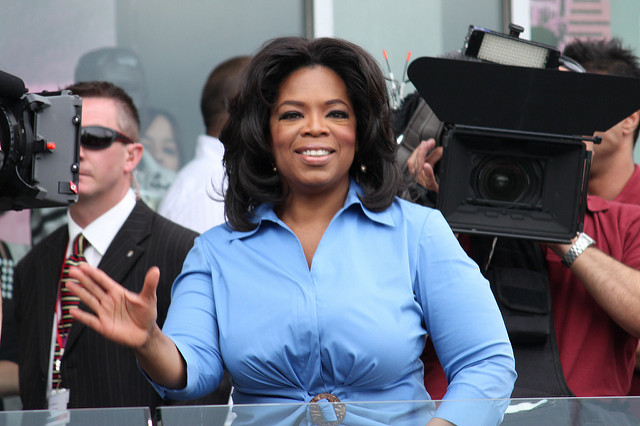 At the Golden Globes on Jan. 7, Oprah Winfrey became the first black woman to win the Cecil B. DeMille award, given for “outstanding contributions to the world of entertainment.” Upon acceptance, she gave a galvanizing, motivating and rousing speech about the experience that women have, living in a “culture broken by brutally powerful men.” The speech was the perfect capstone on the night’s Time’s Up theme.

Following the speech, first came the emotional responses, the praise for an incredible speech and the motivation from her call to action. Then, came the requests (demands, rather) that Winfrey run for President of the United States.

Winfrey would not be the first, or even the second, celebrity-turned-politician. In 1999, former professional wrestler Jesse Ventura took office as governor of Minnesota. In 2003, the people of California welcomed actor Arnold Schwarzenegger as their bright-eyed, bushy-tailed governor. And of course, now, we have media mogul Donald Trump sitting in the Oval Office.

Winfrey is incredible at what she does. She is responsible for providing hundreds of girls in South Africa the opportunity of an unparalleled high school education. She has overcome adversity to develop, from essentially nothing, a $3 billion empire. She has encouraged a movement of honesty and generosity with self and others and she is not afraid to get her hands dirty with social justice issues. 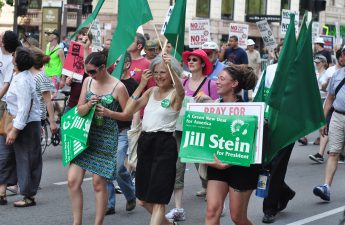 Jill Stein is not qualified to be presidentApparently, I’ve struck a nerve with a few Jill Stein supporters. In my column titled ‘Bernie or Bust’ goes against Read…

Former U.S. President Barack Obama said Winfrey “may be the most influential woman in the country,” and you would be hard-pressed to find someone to negate that. But her career as a media mogul, philanthropist, TV producer and public figure does not qualify her to be president, and neither does her speech at the Golden Globe awards.

During the 2016 election, one of the biggest criticisms of Trump was his lack of government experience. In the office’s 278 years of existence, Trump is the only U.S. president with no political or military experience whatsoever. I do not want to equate Trump with Winfrey, but in terms of experience in political office, they are quite similar. This lack of experience means—regardless of the positive reception of her ideologies—she may not be able to accomplish what people would expect her to.

Schwarzenegger won his election with nearly 50 percent of the votes—people loved him. In his inaugural address, Schwarzenegger committed to improving the state’s economy, which was in a deficit. He shortly thereafter eliminated the unpopular car tax, which deepened the deficit by $4 billion. When he left office, he had a record-low 23 percent approval, and the deficit had increased to a whopping $28 billion.

Ventura was and remains the only member of the Reform Party elected to a major government position, and after later joining the Independence Party, he had quite the following from Minnesotans who held adverse feelings about the two major parties. Ventura had the potential to galvanize the creation of a third major party in Minnesota but just didn’t have the expertise or know-how to do so. He also had the state take over education funding, which did lower property taxes but failed to change anything on the state-level to fund the education. This blunder sent Minnesota into a decade-long fight in the legislature about how to pay for education. 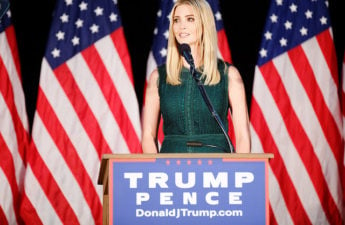 Despite the best of intentions, with a lack of political experience, administrative know-how and cooperation with colleagues, these celebrity politicians have failed to follow through on their quixotic solutions to the issues most important to us.

Winfrey’s involvement in social justice, commitment to fighting against racism and misogyny and general higher regard for the lives of individuals does set her miles ahead of the sitting president. But, “not racist” is not a high enough standard. “Thinks women shouldn’t be raped” cannot be the bar that we set. It is not good enough to simply believe that each human life is valuable and be able to give a good speech. We need to hold our president to a higher standard than that.

We must not forget the complexity the job of president holds, and the expertise that we should expect from whomever we elect.

We should expect the expertise that Sen. Elizabeth Warren, D-Massachusetts has obtained through her decades of political service. Warren is responsible for the development of the Consumer Financial Protection Bureau, which writes and enforces laws to mandate the protection of consumers in banks, credit unions, debt collectors, securities firms and other financial companies.

Melania Trump does not deserve your sympathySince Donald Trump announced his decision to run for president back in 2015, Melania Trump has been subjected to an Read…

We should expect the two-decade political career boasted by Sen. Cory Booker, D-New Jersey, in which he reduced gun violence in his jurisdiction and sponsored the Respect for Marriage Act.

We should expect this level of expertise from our presidential candidates—it’s not enough to just agree with their ideologies.

At the end of the day, it’s important to recognize that becoming President of the United States is not the only way to be a world leader, which Winfrey has demonstrated throughout her entire life. We need to stop thinking about what an incredible leader Winfrey can be. Winfrey is an incredible leader, and she does not need to obtain a special title in order to change the world.

None of us do.

Cait Gibbons ([email protected]) is a sophomore majoring in math.