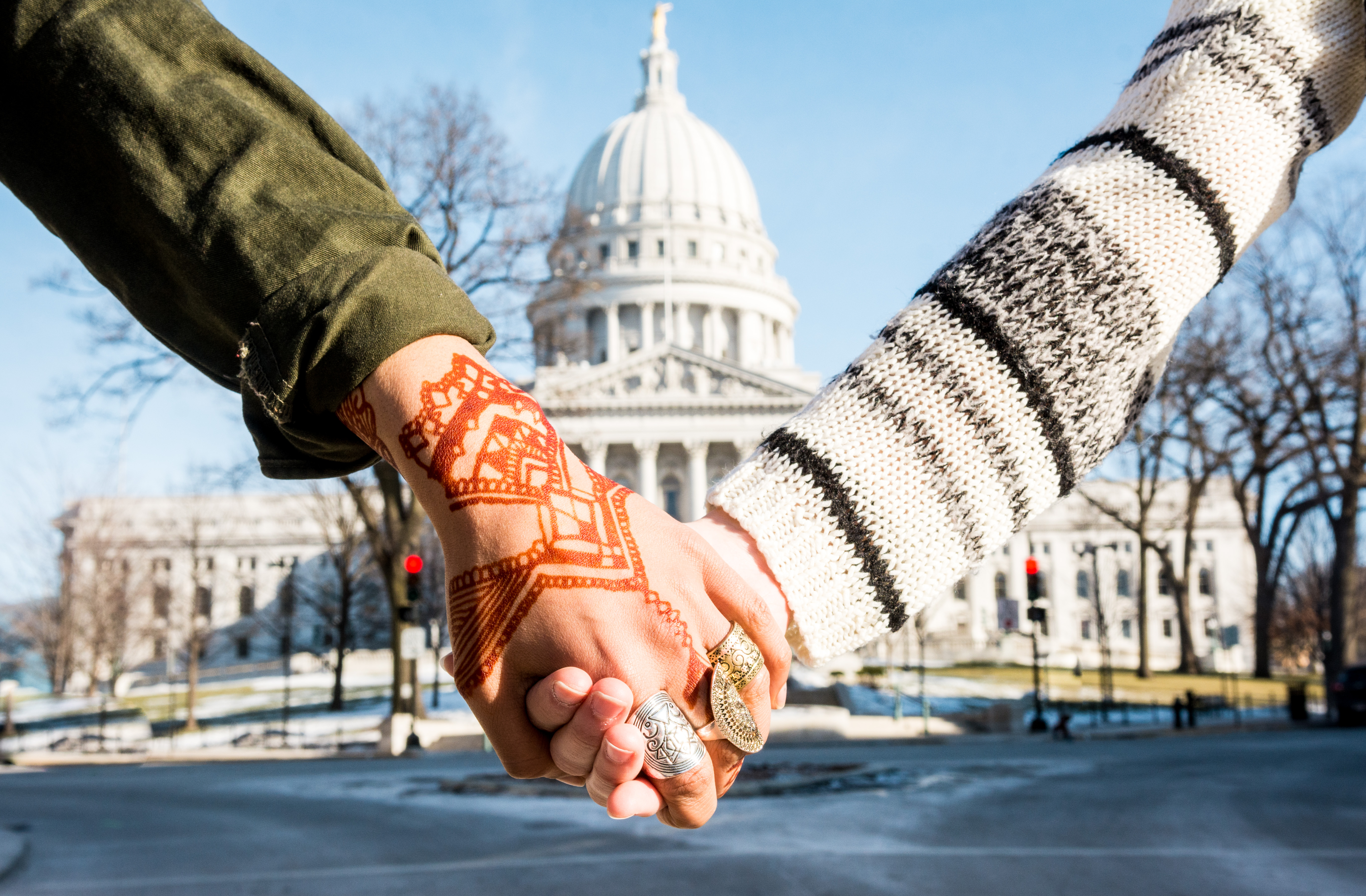 ‘Tis the season of New Year resolutions, change, struggle and growth, and this particular year has come with more change than most. In addition to a new year and a new semester, we will shortly have a new presidential administration — one that is unprecedented and, frankly, disturbing.

As President-elect Donald Trump prepares to take office, many of us are still scrambling to figure out what to do and reeling from discovering truths about our country we hadn’t noticed before. The realities of systemic inequality and oppression may not have hit home for you — or me — until the people you care about started speaking up and speaking louder, until they told you they were scared or until you got scared.

The racist rhetoric, anti-trans legislation, armed anti-Semitic marches, possibility of losing access to healthcare and other discriminatory measures affect and threaten many people. As last year came to a close, “screw 2016” became a slogan for explaining away every small injustice and every great calamity. But it’s no longer 2016. And we cannot let ourselves have another year follow in its footsteps. It’s clear that we need to act, but what’s often less clear is where to start.

What UW can learn from its students after a never-ending semester of protestsWait, you’re telling me the school year isn’t over? All of this for one measly mess of a semester? I Read…

Honestly, I hope so, but the reality is that we’re just now starting to take part in struggles and causes that have been around for many decades. For those of us determined to start to help keep our friends and neighbors safe, there are some hard realities here.

Things were not fine before. This was just the threshold. This, right now, is how bad it had to get before we did something.

The natural reaction here is guilt and defensiveness, because it’s hard to be wrong and feel like you should have done something differently. The thing is it’s not really about us. If we focus on making ourselves feel better, we run the risk of taking an easier way out.

The desire to reconcile actions with opinions is strong and too many people end up justifying or ignoring injustice because they don’t want to feel guilty. Instead let’s try being honest with ourselves. We’re here now, so what can we do?

Time to take a break from politicsThere is little to be said about American politics in 2016 that hasn’t already been covered by someone, somewhere. It Read…

Since we obviously can’t solve all the world’s problems at once, we’ll have to start somewhere. As students, we often don’t have much time or money to spare, and it can be hard to travel for volunteer work or donate to charities. But this community and your fellow students need you. We can look out for each other in small ways every day.

You can vocally support marginalized students, walk someone home to protect them from harassment on a night where you’d rather just be rushing back to your own bed, call someone on their racist jokes — even if that person is a friend — or tell someone you’re there for them and then really follow through when they ask for help.

You might be able to give rides, pick up groceries, drop off a package at the post office or help someone get to University Health Services. We can use our libraries and classes to educate ourselves, and join student organizations or attend their workshops to learn and get involved.

On a larger scale, we can call our representatives, protest, educate others and join organizations with good causes. It’s certainly intimidating, but the good news is there are people who know what to do.

Before we all try to do everything all at once, let’s step back a moment and again think about what we can do, as individuals. Think about what you can do, not what someone else could do.

What are your skills and areas of knowledge? What are your limits? Not everyone has the same abilities, and that’s okay. There’s no need to feel guilty about what you can’t do. Sometimes you’re just surviving, and your life and your health are always worth it.

Similarly, you can make this easier for others by respecting their needs and limits. Our best chance of getting everyone through whatever comes next is if we all pitch in, and stay conscious of the fact that we’re all just individuals doing what we can.

Please don’t give up hope, and don’t let guilt stop you. Stand up for what you believe in while refusing to push others away. Don’t get in fights in the Facebook comments section — instead, gift that frustrating, racist uncle of yours a book you feel he might need. And with our best efforts, 2017 will have a legacy of positive, community-driven change.