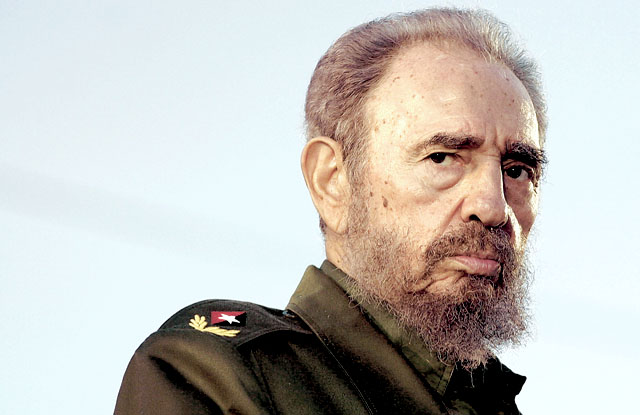 Fidel Castro, the communist leader of Cuba who brutalized his people from 1959 to 2008, has died. For many Cuban-Americans, including myself, this was a great moment that we’ve been waiting for. My grandfather, born in Cuba, didn’t live long enough to celebrate Castro’s death, but I know he is partying in heaven.

During Castro’s reign, thousands of Cubans were forced to flee the country or risk becoming political prisoners and getting shot. Right until the end, Cubans embarked on a dangerous path to reach the United States. Castro leaves behind a dark legacy and reminds us of why communism fails.

When he led a successful revolution in 1959, Castro had the opportunity to create a democracy. He had defeated the regime of Fulgencio Batista, who had become unpopular after establishing a police state of his own.

Instead, Castro merely replaced one dictator with another. He quickly aligned himself with communist nations like the Soviet Union and threatened American security by allowing the Soviets to ship missiles to his nation. Only a blockade launched by President John F. Kennedy in 1963 halted the missile shipments.

Castro, a leader who complained that Cuba was a puppet of the United States, effectively made his country a puppet of the Soviet Union. His decision to collectivize farms led to mass starvation and food rationing. The dependence on the Soviets put the economy in a tailspin following the collapse of the world’s largest communist nation in December 1991. The economy quickly shrunk by about 40 percent soon afterward. Today, the average monthly income is $20. 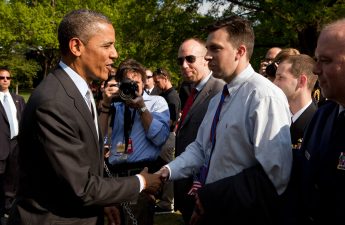 Castro destroyed all political opposition in Cuba when he rose to power, in line with what previous dictators like Adolf Hitler and Joseph Stalin did in their countries. It didn’t matter if some of these were rivals who shared ideological views with him. Anyone who was seen as a potential threat was eliminated unless they went into exile beforehand.

Purges in Cuba led to Operation Peter Pan, a mass evacuation of 14,000 children, many of whom would never see their parents again. Books have been written by Cuban exiles on their experiences in the communist country and the abuses of the government.

Many innocent Cubans were terrified of what Castro would do to them. Executions were televised for all to see. Prisoners were treated in the harshest conditions. Witnesses to his crimes against humanity include the parents of current U.S. Senators Ted Cruz and Marco Rubio. Both opposed the normalization of diplomatic relations with Cuba that President Obama has pursued.

Freedom of speech and religion were not acceptable under Castro’s rule. If you wanted to be a member of the Communist Party, you needed to be an atheist. The Catholic education system was quickly nationalized during his tenure in order to spread propaganda to youth. Castro also clamped down on LGBTQ+ rights. Gay men were forced to work in labor camps and conversion facilities.

While the LGBTQ+ movement is strong and has achieved many accomplishments in the United States, it is only growing slowly in Cuba against the nation’s elites. One of the biggest advocates of the movement in Cuba happens to be Mariela Castro Espin, the niece of the late dictator.

Universal healthcare is another failure of communist ideology. It sounds nice to give everyone coverage fully paid by taxpayers until one looks a bit closer. Castro devised a system that gave foreigners seeking Cuban healthcare excellent resources and treatment. It was a form of advertisement for communism that was famously highlighted as the real deal in the documentary “Sicko” created by leftist director Michael Moore. Castro and his elites also enjoy this system.

The healthcare provided to the great majority of the Cuban population is vastly different. It is completely run by the state. The result has been a system that lacks quality and quantity. There are regular shortages of medicine, soap, light bulbs and even toilet paper. Interviews about the medical system with many who have lived in Cuba have exposed the truth.

Castro’s human rights violations terrorized his people and his decision to enter an alliance with the Soviet Union nearly altered the balance of power during the Cold War, but there are those with a twisted view who still see him as a hero and are using his death to recognize him as such.

Castro has his allies on the left. Not just celebrities like Moore and Oliver Stone, but also politicians including Prime Minister Justin Trudeau of Canada, who has mourned the loss of Castro as a “remarkable leader.” Jeremy Corbyn, leader of the British Labour Party, called him a “champion of social justice.”

In the United States, former President Jimmy Carter shared his sympathies over the death of Castro. President Obama extended his condolences to the Castro family. He said that “history will record and judge” Castro’s impact.

Newsflash to the president — the verdict is already in: good riddance to Castro and his reign of terror.