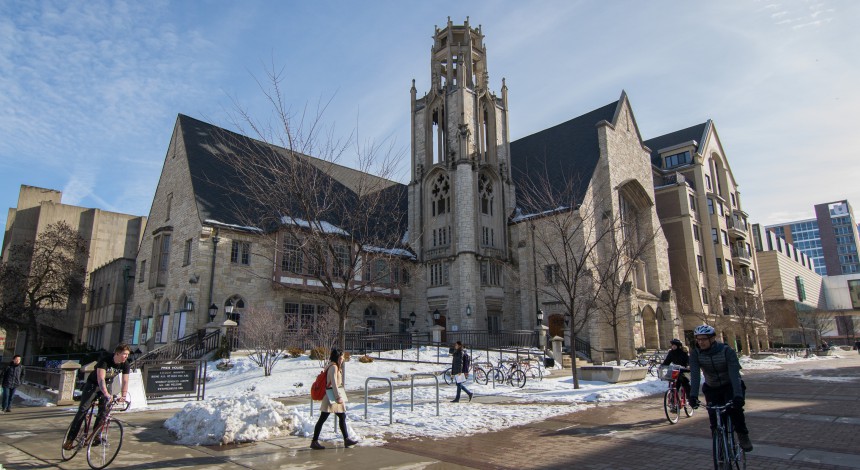 The University of Wisconsin–Eau Claire has recently been sued for not allowing students to receive credit for community service which they had fulfilled by teaching religion to children at a local parish.

The lawsuit claims that the university is infringing on students’ freedom of speech and free exercise of religion by not recognizing their community service with a religious organization.

Under its Service-Learning Policy, UW–Eau Claire requires all students to perform 30 hours of community service to graduate with a degree. But this policy states that the “university will not award credit for time spent directly involved in promoting religious doctrine, proselytizing, or worship.” At the same time, the policy states that students’ sincerely held beliefs and values will be “reasonably accommodated” when the university grants credit for community service.

For one, religion in itself inherently embodies a person’s values and beliefs. If someone identifies as Christian, then one could reasonably conclude that the principles of that religion help to guide that person.

For a school policy to more-or-less say, “If you really care about what you do for community service, we’ll definitely grant you credit, unless, of course, you’re promoting your religion, which reflects your core values and beliefs,” is rather problematic.

Part of the reason to require community service is in the name: to build community. I don’t see any community that is devoid of religion. We live in the context of our environment, and Wisconsin is a predominantly Christian state. Refusing to grant credit when a student serves a pillar of the community in itself undermines the very principle of community service.

What is especially worrisome is how the policy, which intends to broaden learning experiences, essentially ends up discouraging certain lines of thought. It encourages students to promote their values, as long as those values are not religious in nature.

“The university prohibits students from receiving service-learning credit for activities that involve religious instruction, persuasion and recruitment, but it awards credit—and even encourages students to seek credit — for activities that involve the same forms of expression from a non-religious perspective,” an attorney for the Alliance Defending Freedom told the Journal Sentinel.

UW–Eau Claire’s community service policy, which ultimately determines whether a student can graduate with a degree, places an unfair burden on students attempting to incorporate religious values into their education which borders on discrimination.

It’s understandable that a public university should refrain from endorsing a certain religion, but to not recognize volunteer efforts with local religious groups while encouraging exclusively secular efforts is unwarranted and ought to be corrected.